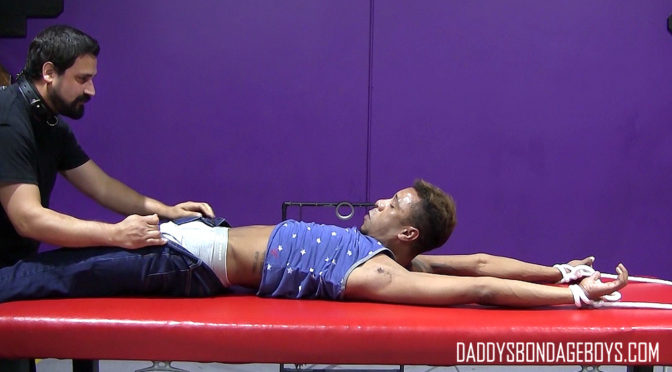 Here are pictures from a video from the men of Daddys Bondage Boys: 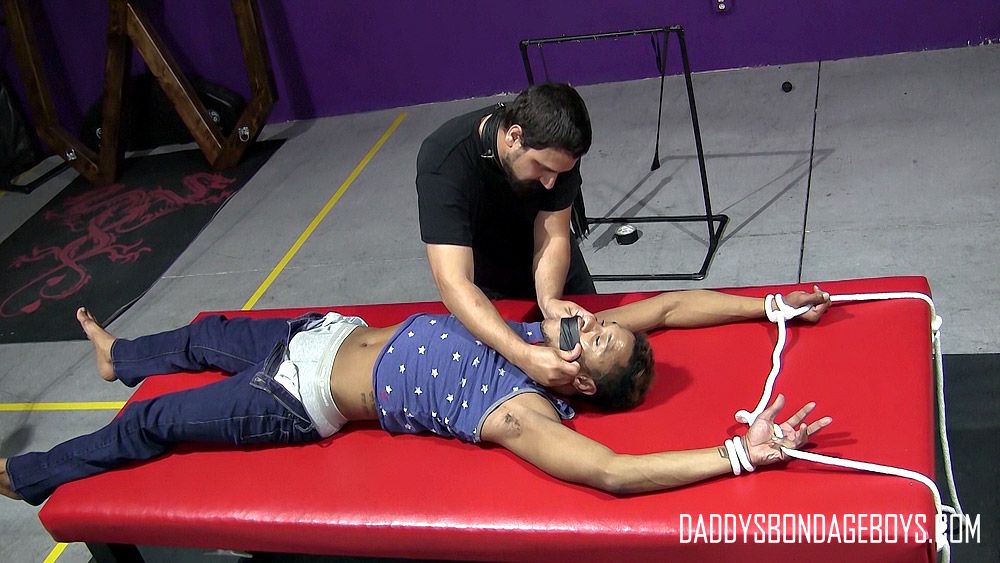 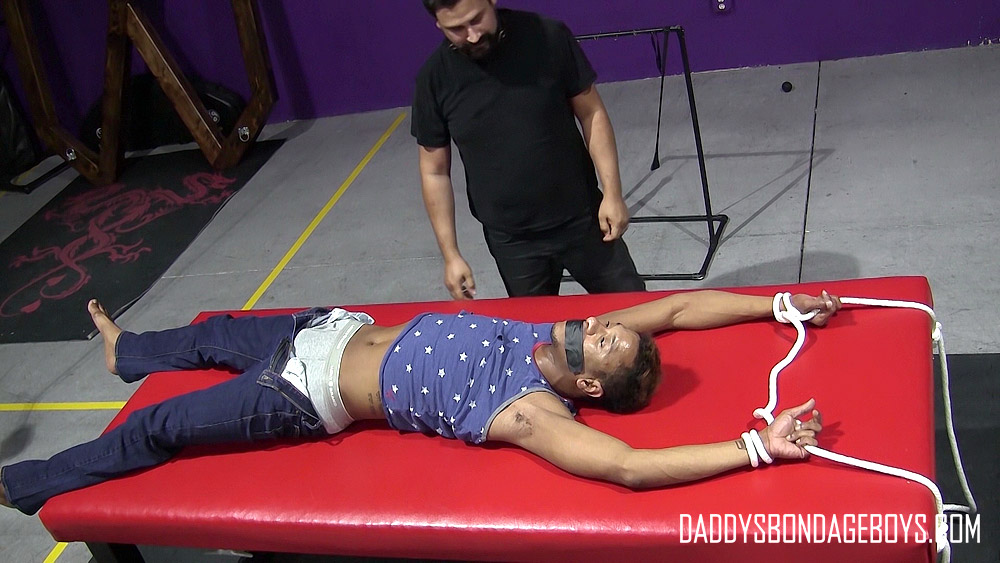 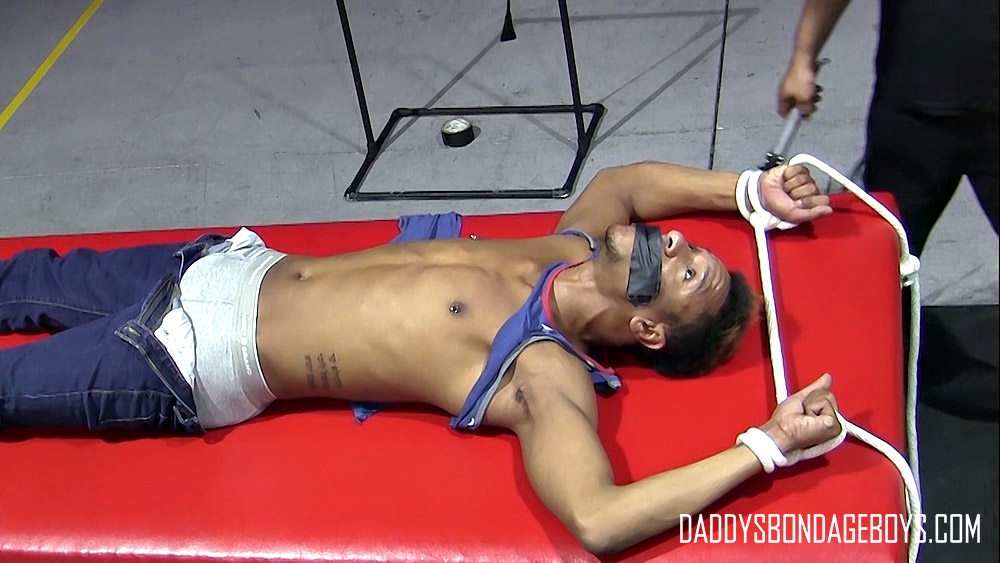 This captive can fight against the ropes all he likes, but they’re far too tight to allow him to escape this predicament. When kinky dom Kaden arrives to check out his new toy he doesn’t take long before he’s stripping the guy and gagging him. RT’s cries from the pain of the flogger against his bare flesh are soon muffled by the tape over his mouth. 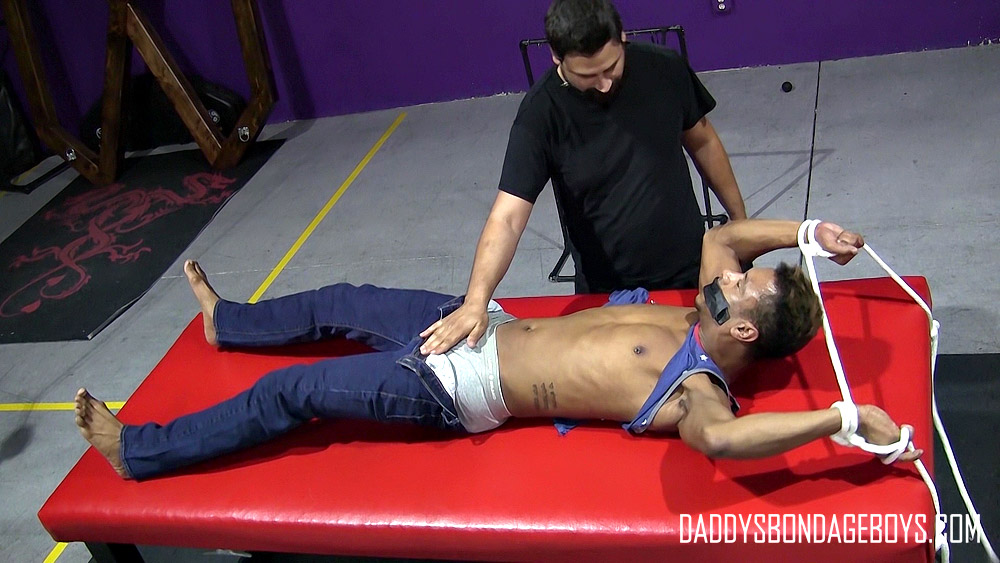 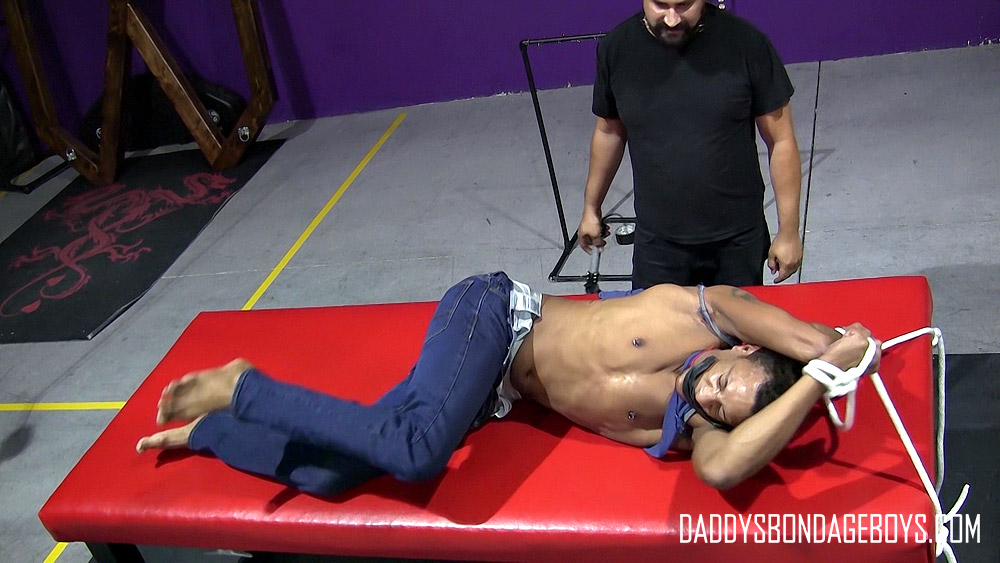 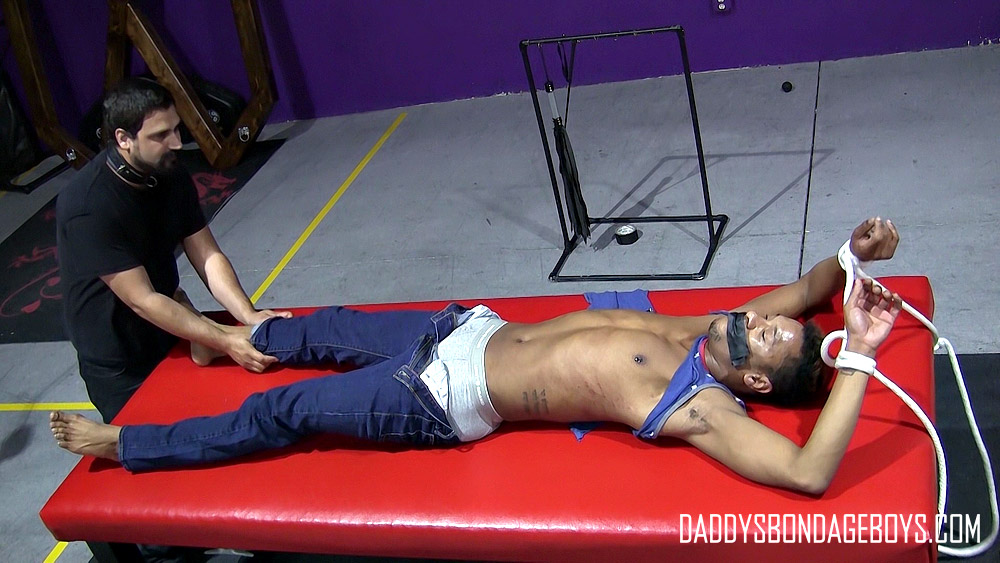 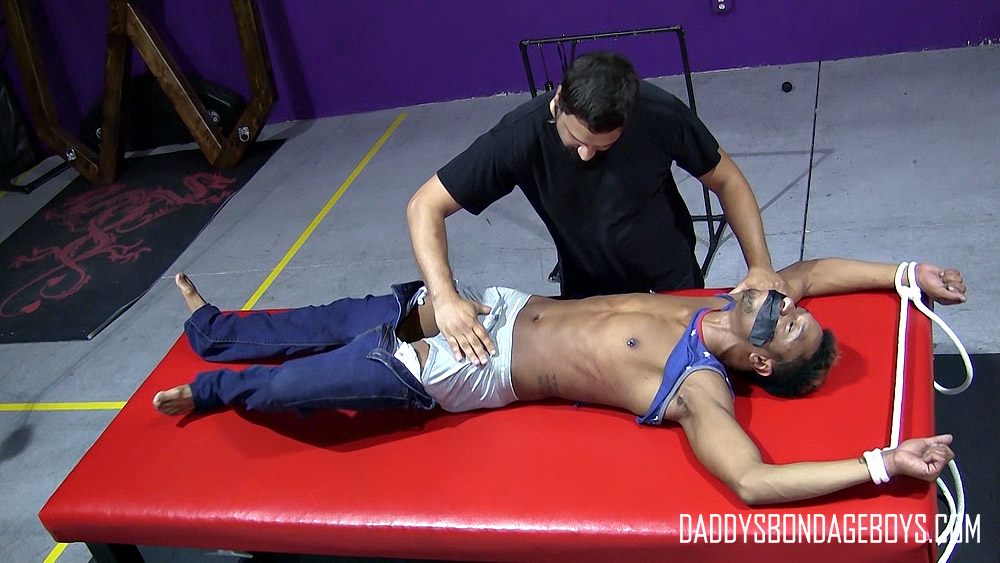