Cody has no idea how long they had been cuffed to the poles. After an hour or two you lose all sense of actual time. But it felt like a long time and Cody’s arms and shoulders ached from having his hands pinned behind his back. Even his feet were beginning to hurt from supporting his weight for so long on the hard concrete floor without shoes.

Cody’s mind was beginning to go in and out. The one thing he felt was helpless. Totally helpless. Cody’s arms hurt, his shoulders hurt, his feet hurt, he was a little cold, and there was nothing he could do about any of it. If they had wanted that to sink in, it had sunk in.

He had no idea what time it was, but based on the time he arrived at the camp, and the time he spent cuffed on the floor waiting for the other boys to arrive, and the time it took to cut their hair and shave their bodies, and however many hours he had been cuffed to the pole, it must be very dark outside.

Cody was beginning to zone in and out – not really sleep, but something kind of like it – when the sound of boots on the floor snapped him awake. In walked the Commander, each of the boys’ four masters, and Alpha, followed by the barefoot slave.

Each Master walked up to his boy and looked him over, and then nodded to the Commander and walked out of the room.

Alpha removed the padlocks that attached the boys to their poles and led them through a door into the next room, which was a shower room from when the building was used as a boy scout camp. Two of the walls had shower heads – about 20 in total – and there were several drains in the floor. Under each shower head was a large solid eye-bolt sunk in the wall to which a restraint could be attached. Cody guessed they were not there when this was a boy scout camp.

Alpha unlocked each boy’s handcuffs and motioned with his finger for the boys to line up under the showers. The Commander stood in the doorway and watched the scene.

Cody expected Alpha to tell them to turn on their showers but instead Alpha picked up a large garden hose and shot a wide spray of water down the line, wetting the boys. Alpha made a turning motion with his finger in the air and it was clear he wanted the boys to turn around, so they did, and he sprayed their backs with water.

The slaveboy walked down the line and gave each boy a small piece of used soap. The slave mimicked a washing motion with his hands on various places on his body to tell the boys to soap up their freshly buzzed heads, their chests and arms, their armpits, their crotches, their legs, and their ass cracks. The slave watched the boys soap up and when each was covered with soap he walked down the line and took back the small pieces of soap and put them in a bowl. “Some other group will be using that soap,” Cody thought to himself.

Alpha turned on the wide spray and hosed down the boys and then made the turning motion with his finger to get them to turn around for their backs to be hosed off.

The Commander spoke up: “Bend and spread your ass cheeks.”

The boys did as they were told and Alpha turned the nozzle from a spray to a solid stream of water and directed it at each boy’s hole, letting it hit each hole for about 30 seconds as each boy bent over and spread his ass.

When the water stopped the boys realized they were allowed to stand up again and the slave gave each of them a very small towel to dry himself. The slave collected the towels and Alpha led the boys through a door to a small room which had a table with four sets of carefully folded clothes. Alpha pointed to the clothes and the boys got dressed, putting on an identical pair of white boxer shorts and a two-piece blue prison uniform that looked like medical scrubs.

Cody reflected on the intake as he got dressed. Just a few hours ago each of them had arrived wearing his own clothes, shoes, and personal items. Wrestler had his jock sneakers on his feet and that sexy leather wristband. Pretty Boy had his band t-shirt and cute silver necklace. The Colonel looked commanding even in his casual clothes. And Cody had been wearing a well-worn pair of jeans that had molded to his body and were super comfortable. And Cody also remembered that just a few hours ago Wrestler had a sexy haircut that was short at the sides and longer at the top; the Colonel looked distinguished with his graying officer cut; and Pretty Boy had that long smooth hair that Cody wanted to run his fingers through. Now, Cody thought, we’re four naked boys with identical buzz cuts wearing prison scrubs with no hair around our dicks who line up and do things because some guy moves his finger.

They boys were left alone in the small room and in just a few minutes the slaveboy came into the room pushing a cart holding four trays with plates of meatloaf and green beans, forks, and four bottles of water. The slave laid the food on the table, Alpha pointed to the plates, and the four boys hungrily devoured the hot food which they badly needed after their long day. Cody thought it was the best food he had ever eaten.

After the boys finished eating Alpha and the slave led them through a door to a long room that had been a dormitory for boy scouts with two lines of metal cots against each wall, 20 beds in each line. Most of the cots were just bare metal legs and springs but about 10 of them had thin mattresses with faded blue stripes and a thin pillow with the same faded stripes.

It had been a long day and Cody hoped this meant it was time for sleep, and it was. Alpha led the boys toward the cots with mattresses. He pointed at Wrestler, and then at a cot, and Wrestler laid down on the bare mattress, and then he did the same with Cody, the Colonel, and Pretty Boy.

The slave had disappeared but showed up again holding four sets of leg shackles. He handed one to Alpha, who shackled Wrestler’s left ankle to the end of his cot and then did the same to Cody, the Colonel, and Pretty Boy.

The slave left and came back with four thin sheets and laid a sheet over each boy. Alpha and the slave left, the lights went out, and within minutes all four boys were asleep, their ankles shackled to their cots.

This story is copyright © 2020 by AlphaMetal@protonmail.com and is used here with permission. 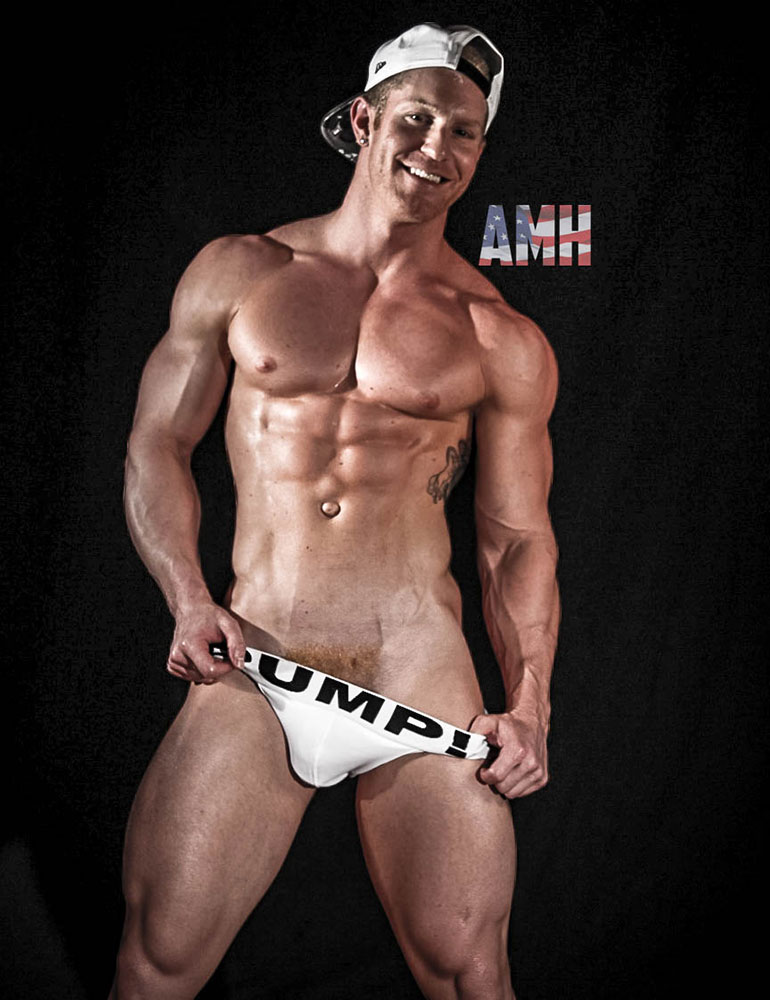 2 thoughts on “Training Week at the Campground: A Novel – Part 03”