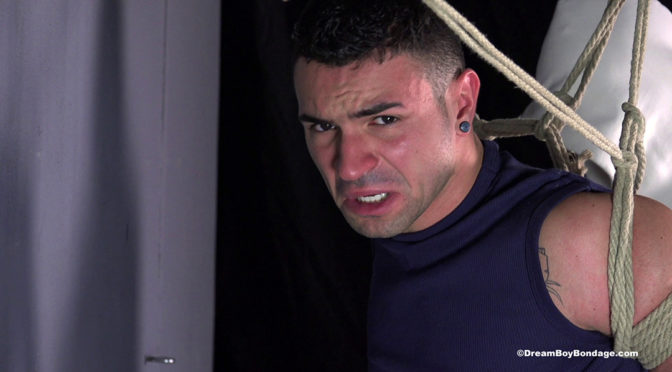 Ian is a straight jock attending an elite college on an athletic scholarship. For weeks he’s noticed a guy, always wearing a hoodie pulled down over his face, watching him. Today the guy walked right up to his car – parked behind the gym where his works – and sprayed a fine powder in his face. It didn’t exactly knock him out but left him confused and unable to control his body. The guy led him to another car and drove for what seemed like hours as he drifted in and out of a dreamlike state. Now fully conscious, Ian realizes he’s in big trouble. He’s tightly bound, from his shoulders to his ankles, in an elaborate web of rope, facing concrete a wall, stripped of his pants. The bottom half of his shirt has been ripped off, fully exposing his ass. “What the fuck!” he yells as the hooded man approaches – with a leather spanker and a large, rigid dildo. 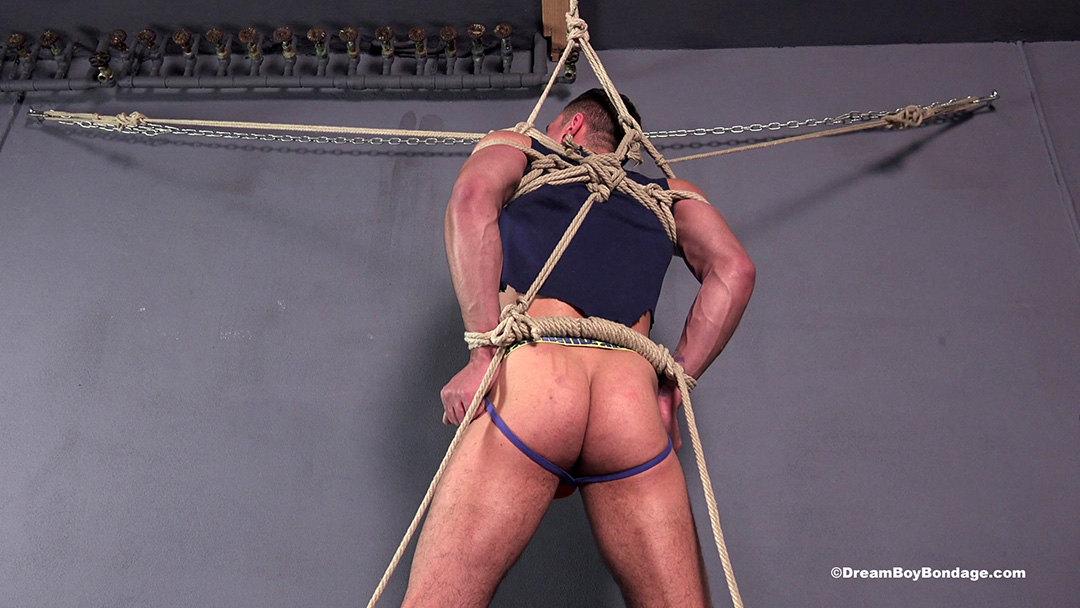 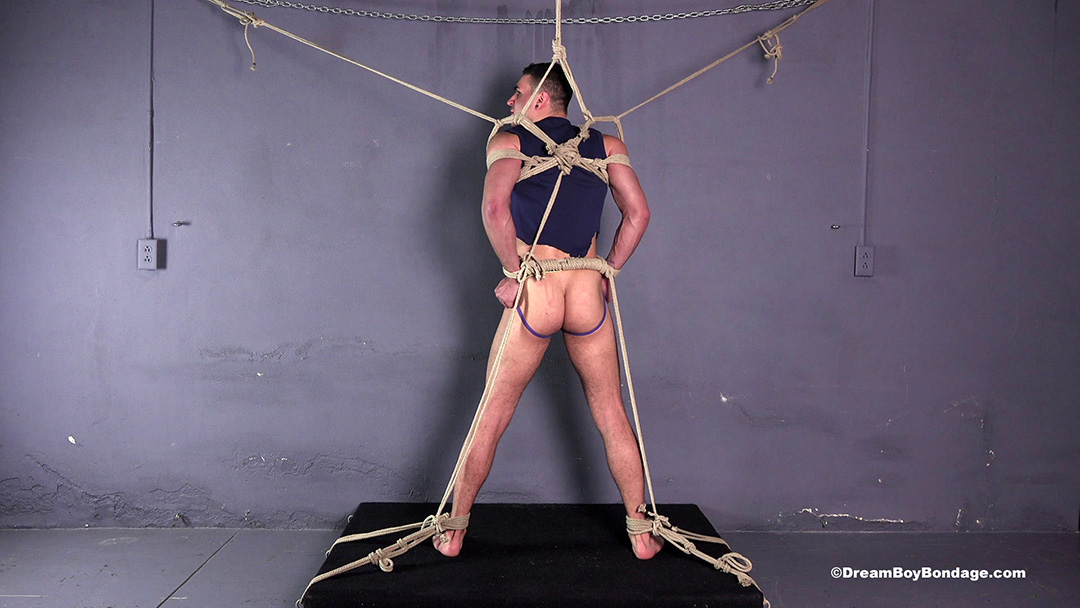 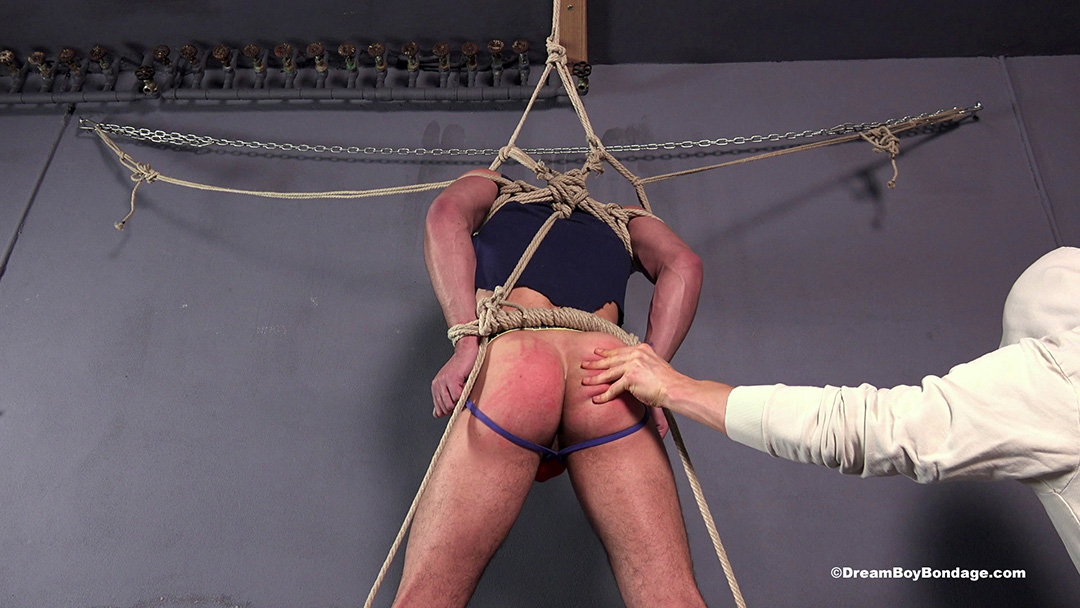