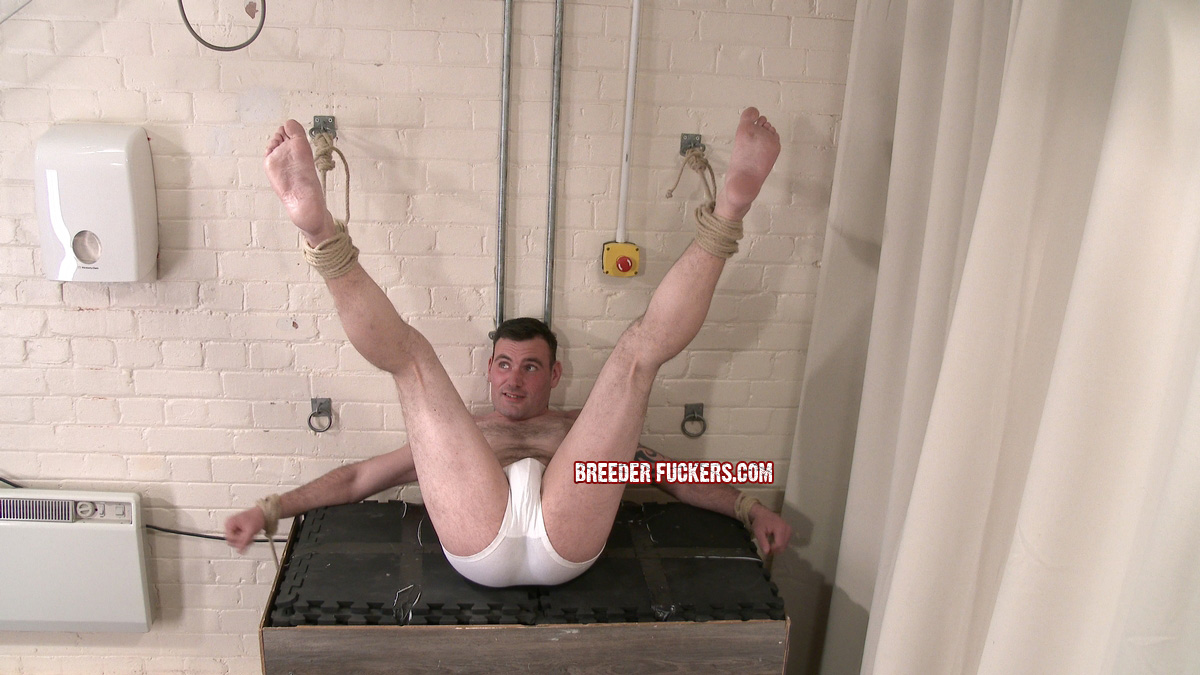 Scroll down for a video preview from BreederFuckers. In tis update, Gareth has never look sexier, with his legs bound akimbo. Seeing this hairy beast struggle and hearing him swear at Dave approaching him is such a turn on. Those tight white briefs barely conceal the big mound of his genitals or the tempting dark crevice of his arsehole. 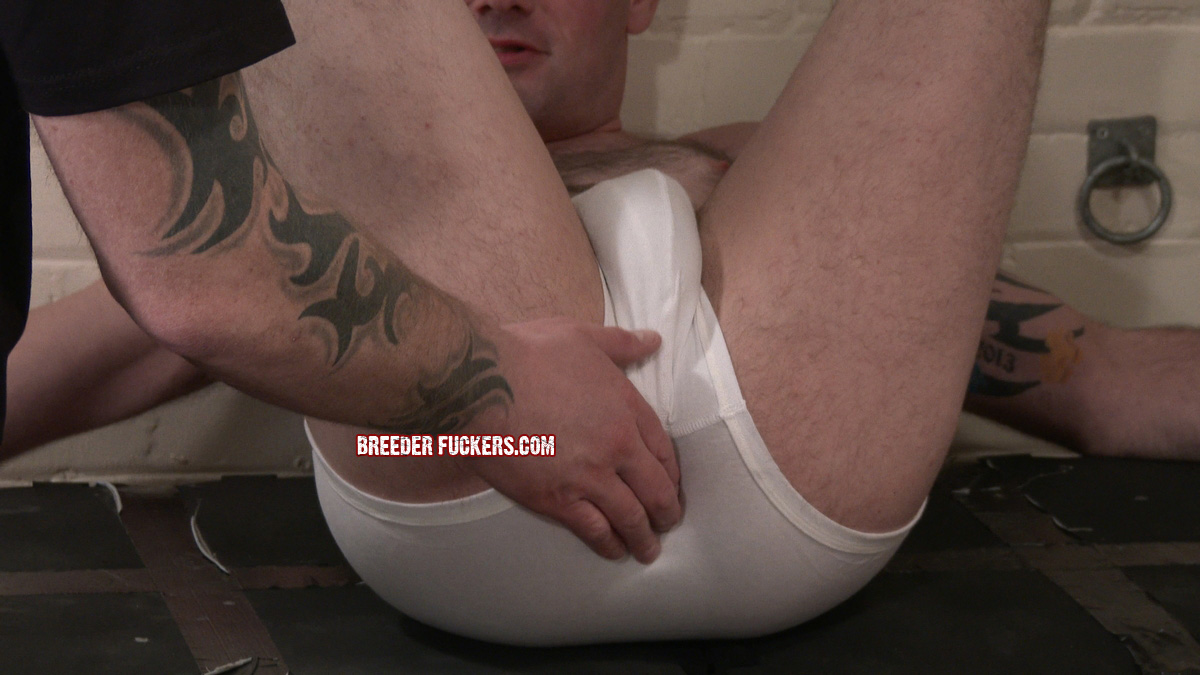 Gareth is reduced to an animal howling and growling at Dave’s pervy groping. This bad boy is disciplined with a leather strap walloping his arse till it turns crimson red. Dave riles him up more caning the tender soles of his feet, which causes a pain so excruciating every muscle in this big lug’s body fights to release himself. But the infuriated fucker must submit to his sphincter being aggressively stretched open to the point where it’s gaping purple red as if begging for a cock. Gareth moans in disgust as Dave slams repeatedly into him, fucking him hard while staring directly into this hetero’s eyes. He spunks all over Gareth’s excruciatingly sore arse and shames the bastard covering Gareth’s face in cum and spit 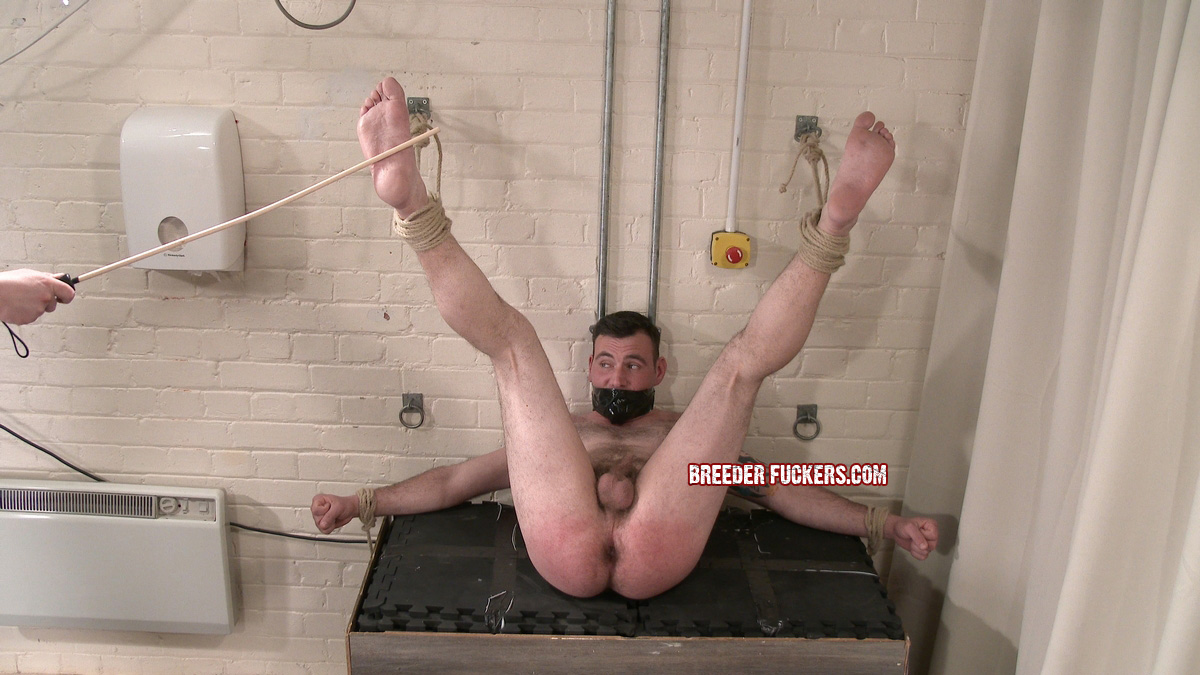 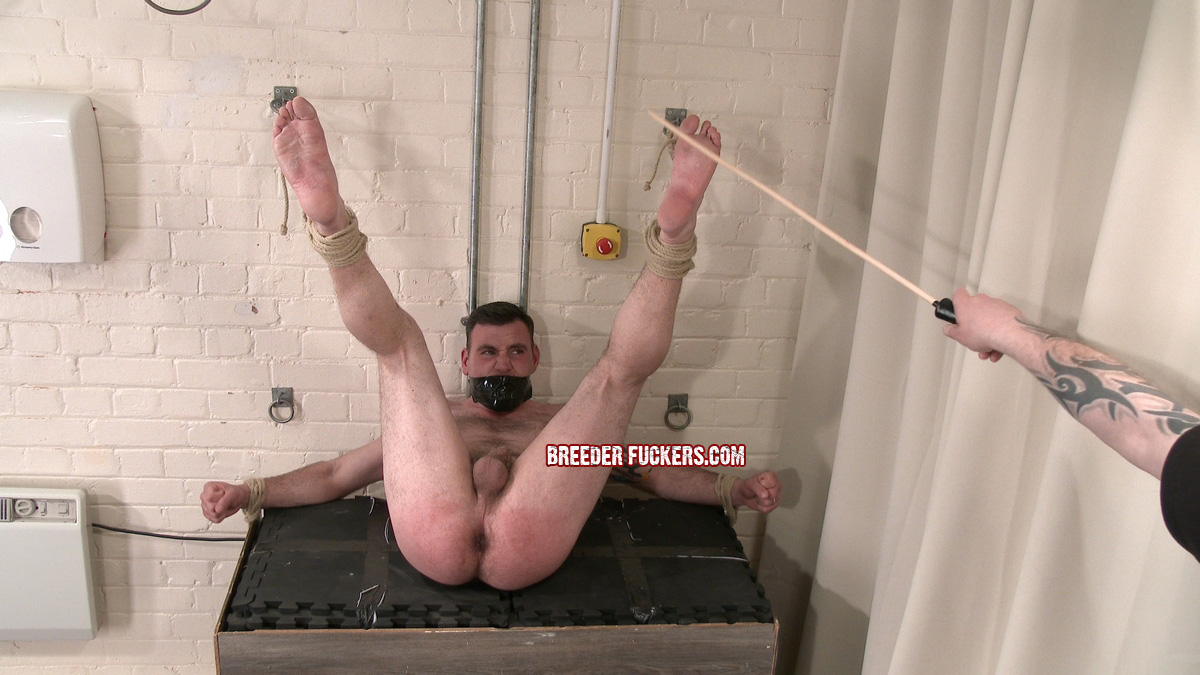 To see more, go to BreederFuckers – new updates every Wednesday 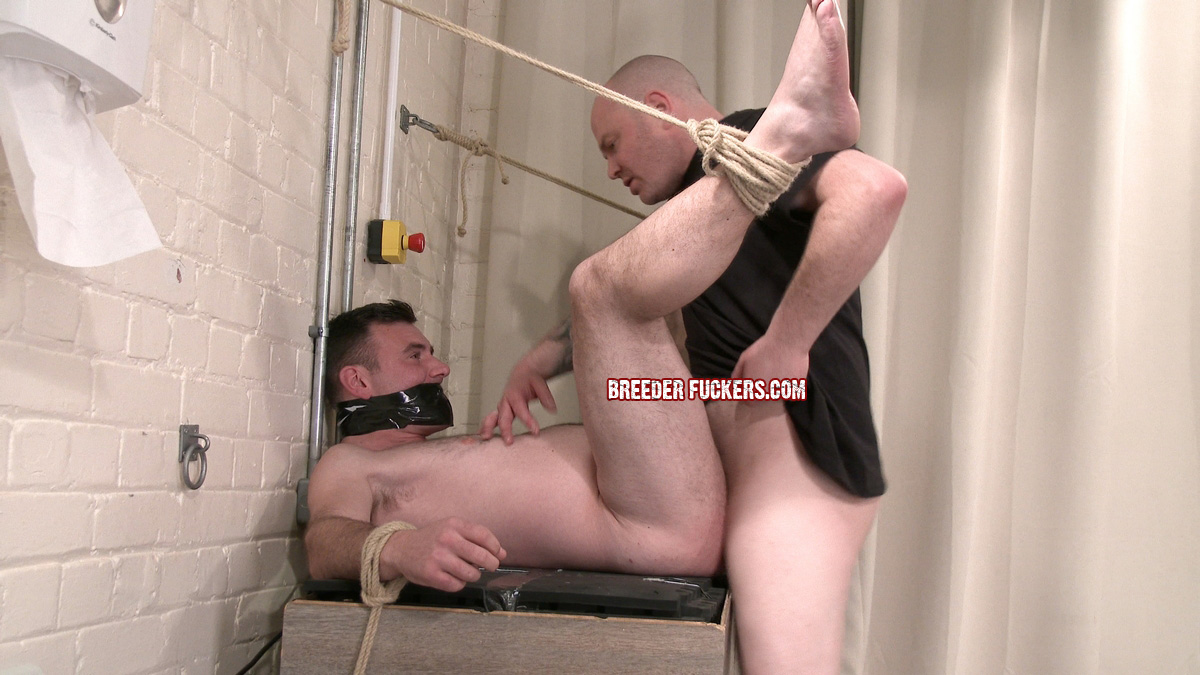 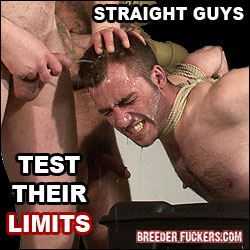