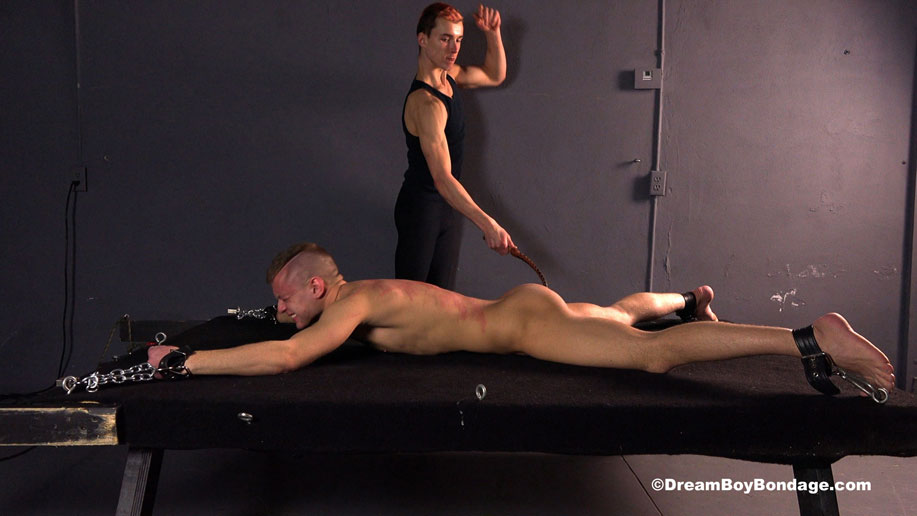 At Dream Boy Bondage, the bullwhip continues to crash down onto Ian’s supine body. The blond stud thrashes and flexes against his bonds, gasping and whimpering as Jared whips him then squeezes, licks and kisses the whip-wounds crisscrossing his back and ass, from his shoulder blades to his asshole. Just when Ian thinks things could not possibly be worse, Jared applies an electric wand to his wounds, tripling the pain. Jared loves watching Ian’s perfect ass jump up and down as he moans and shrieks. “Turn over!” Jared demands, after uncuffing Ian’s wrists and ankles. Ian complies, arching his back in pain as his limbs are stretched and recuffed to the corners of the torture table. His cock and balls are encased in a metal ring – foretelling future torture – then his nearly hairless chest and stomach are sliced over and over with the bullwhip. Seeing the look or pure fear, followed by pure agony, on Ian’s innocent face is almost as good as watching his young body squirm. 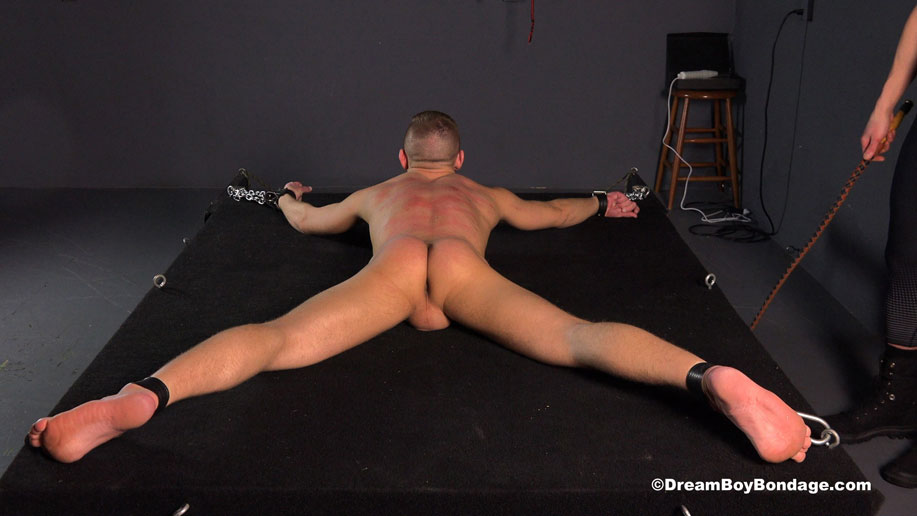 One thought on “Video: More torture for Ian!”