Here is a real story again.

It happened about 25 years ago when I was a soldier. I spent 7 years in the army from age 17 to age 24. We were all professionals, that has to be said, as the military service still existed in those days. As the “elite” of the army, discipline was hard and rough so punishment for misconduct or any failure could be severely inflicted.  We were quite often training in battlefield conditions. Usually, it was a matter of 3 nights and 4 days per training session but it could be longer, of course.

You probably noticed that when you are in a barracks, there is always a place used and/or called the “prison.”  It is not always pleasant to visit, but it happens.  Anyway, when you are outdoors for a few days, there isn’t a fixed prison, so the officers (I am unable to share with you the exact division of the army that I belonged to, let it suffice to say that we were the crème de la crème and the best of the best) have found a simple way to handle “convicts” for over a century – sorry, no pix available.

Here is my first experience:

Actually, I will start my story as my punishment began.  All day long, we were undergoing map reading and compass training. But for some reason I got lost and got back to the campsite quite late – far too late, actually.  I was yelled at until my commander was hoarse and would be punished overnight for my inability to follow orders.

While the others were having diner around the camp fire I was ordered to go and dig a hole behind the tents.  I started digging with my folding shovel, but I was not told how wide and deep the pit was to be nor what it would be used for.  I kept on digging for several hours waiting for the NCO to let me know if I was doing what was expected.  I managed to get a pit of about 1 meter wide and almost 2 meters deep and I was unable to see above ground while standing up in the pit; so they stopped me digging.  My hands had started to blister as the handle of the shovel was short and not made for such serious digging.

They extracted me from the pit, and ordered me to stand at attention.  Shortly, my hands were handcuffed behind me and they put some adhesive tape around my head to blindfold me.  I was then punched in my stomach and I doubled up, gasping for air, before being pushed down into the pit.

I had my head bent toward my back, lifting my chin, facing the sky.  They blocked it in position with the earth, shoved dirt under my chin to hold that position and left.

I heard footsteps after a few hours and then I felt some hot liquid on my head and face. It was warm and smelly. I yelled “hey, it’s piss!”

“Shut your fucking mouth or I will make it harder” said the NCO.  So I did, but he kicked my face for emphasis.

Through the night the whole squad came and used the sort of basin left around my head as the latrine. Trust me, it was not only piss.  Some soldiers were trying to avoid my head but others targeted it on purpose.  In the morning my short hair was totally soaked and all I could smell was piss.

In the morning I thought I was to be set free but the Officer told me he didn’t want me to get lost again, so I would stay right there in that hole.  He ordered the squad to clear and clean the campsite for the day. They started with the latrines.  They forced a small piece of PVC pipe in my mouth and then totally covered my head with earth.  I disappeared under the pile of dirt – just breathing through that pipe.

I spent all day long here waiting for the squad to return.  When they did, they cleared some space around my head but left me buried to my neck in the pit.

All evening land all night long they used me as the latrine again.  Come morning I was even raunchier.  Eventually, they allowed me out of the pit but there were no water to wash my face. I reeked of urine until our return to the barracks.

When I was free, the Officer asked me if I had learned a lesson. I said yes, but dared to say that it really was not that hard.  He grinned at me and said he will oblige then.

Trust me, he did, but it is another story …

I have been buried several times on the battlefield and have always managed to cope with it.  Even now, I enjoy being buried like that and regret not being able to have it done to me more frequently. 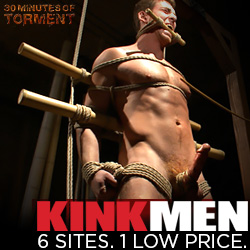 7 thoughts on “How the Army Buried Me in the Ground”