That was on a Friday, so maybe that’s why I didn’t hear from SLPOUTREACH until Monday.  Which is when I read:

“SLP Participant Barlow:  You have completed Step 4.  Permission to proceed to Step 5 will be transmitted within the next three weeks.”

I was all serious serious serious when I opened the email, cuz I expected to see some big heavy statement, and then I felt like, “Oh.  OK.  What do I do now?”  I didn’t really have anything to do except to keep going to school, which at least got me out of seeing my parents.  I read in a book about some guy that was gonna be executed, and they gave him X amount of time to “put his affairs in order.”  But I didn’t have any affairs; I just went back to school.

I knew that the SLP would come through with my orders, and I would do what they told me.  Maybe you’re wondering, hey, you’re an American, how could they, like, enforce this commitment you signed?  I mean, how could they come and get you, if you changed your mind?   You’re right—they couldn’t.  I had time on my hands, so I looked it up.  Under “extradition.”  The only way they could get me was if I actually went to St. B.  But that’s what I’d agreed to do.

From then on, it didn’t make any difference what grades I got; I was just taking classes because if you’re enrolled you can live in the dorms.  I’d go to class from time to time, just to watch the students wrinkling their brows and pounding away at their laptops.  It made me feel good, cuz I’d never have to do it again.  I sold a couple things and bought a lotta weed.  It was easier to stoke up now, because spring had come and I could leave the windows open and not get in trouble in the dorm.  I was glad I didn’t have a so-called roommate, although I guessed I’d have a lot of them pretty soon!  And a really good thing–if you’re a student you can go to the gym for free.  So whenever I could stagger down there, I did.  Patrick and Dobie, Sergeant Henshaw, everybody told me, the first part would be physically . . . challenging.  I wasn’t outta shape, but if I was gonna be a slappie, I wanted to be at the fuckin head of the class!

I was just gettin into all that stuff when, hey, there’s another SLPOUTREACH.  And this was the big one:

“SLP Participant Barlow:  You are now permitted to proceed to Step 5.  Access via the following link.”  This was it–the final Step!

I was sitting in Warbucks when that came, and I took a moment to enjoy the idea that the hot guy on the other side of the room would never come close to the trip I was on.  Then I headed to my room to see what Step 5 had in store for me.  I wanted to Face My Fate alone.

“BARLOW Joel: You are hereby ordered to report for service in the State Labour Program, Dominion of St. Bevons, at 12 noon, local time, on June 17 of this year, at the offices of the State Labour Program, 9431 Palmerston Road, Wellington, St. Bevons.  Air travel (one-way, coach) will be arranged immediately by the participant, and the invoice (credit or debit card only) will be provided to this address, whereupon the appropriate credit will be issued.  Participants will arrive on time and unaccompanied.  No parking is available for personal or rental vehicles on or about the premises.  No alcohol or mood-affecting drugs are to be consumed within 12 hours of reporting time.  Alterations to these orders are not permitted.  Transit delays beyond the control of the participant will be reported immediately to this address.”

So that was it, all right.  It was all laid out for me.  They’d thought of everything.

There’s something really chill about knowing where you’re gonna go, and when you’re gonna get there, and how long you’re gonna stay.  Especially if it’s permanent.   That’s how I felt.  From then on, it was all pretty easy.  I went back to my parents’ a couple of times, and spent a lot of time drinking in my room, and then I came back and spent a lot of time in the gym.  I’d made my plane reservations right away, like I was told, and the SLP had reimbursed my credit card, so now I didn’t need to worry about hitting my limit.  I guess I didn’t do very well on my finals.  Actually, I didn’t take any.  Then it started—everybody was bustin his ass, movin out of the dorm.  But I was special.  I didn’t have to bust my ass.  On June 16, I just left my stuff, closed the door, and walked to the airport shuttle.

I got to the airport real early in case there was any problem, so I had a lot of time to think if I wanted to, and I realized that except for a trip to New York for a science fair, this was the first time I’d ever traveled without my parents.  So now I was the big man—for a while, lol!  There were a lot of families sitting around and wandering around, lookin all freaky and disorganized, like they’d started out as one ugly person and somebody had torn them into lots of ugly shreds, all yapping at each other.  Typical of what you see.  I was SO happy I wouldn’t be like that anymore.  But mainly I was so excited, I could hardly think.

I had to transfer at Miami, and then I was in the plane for St. Bevons.  Of course I was jammed in with everybody else in coach, and they were all runnin on and on about how they were gonna have such a “fantastic time in Saint BEEvon,” and not even knowing that it’s “BEVonz” or what’s supposed to be so fantastic about it.  While I’m listening to this, I know that I’m going there under special orders, and at this time tomorrow I’m gonna be wearin a suit of St. Bevons browns.  So who’s REALLY takin the VIP tour, eh?  So it was OK on the plane and I was gettin even more excited.

I got to St. B about 4 p.m. and took a taxi to the Explorers Bay Resort.  I’d like to say that was because I wanted to see Patrick and Dobie, but actually it was the only place I knew about, and I didn’t care how much money I spent on my credit card.  Why should I?  Tomorrow, I wouldn’t need any hotel room.  Or any money, either.

The Resort has a burger joint, and I went there and got a GREAT meal.  Maybe my last, lol!  I had a bottle in my luggage, and when I went to my room I got terrifically drunk.  I’d bought some stamps at the front desk and I spent a few minutes writing a letter to my parents, just telling them what I’d done and asking them not to waste their time trying to find me.  I said I’d been “unhappy” and this was “a good opportunity for me to start a new life.”  True enough, although it sounded all wimpy and shit, and under the circumstances my handwriting wasn’t the best.  Then I was planning to cruise around and see if I could find P and D someplace, but I didn’t, because what would I say to them anyway–“Hey, I’m a slappie now,” just so they could make fun of me?  And I knew that I’d need my sleep, considering what was gonna happen to me tomorrow.  So I hung the “Do Not Disturb” sign on my door and slept till 10:30 when my phone woke me up.  I shit, showered, and shaved, left my baggage in the room, dropped the letter in the mailbox in the lobby, didn’t bother to check out, got into a cab, and before noon I was standing in front of the building at 9431 Palmerston Road. 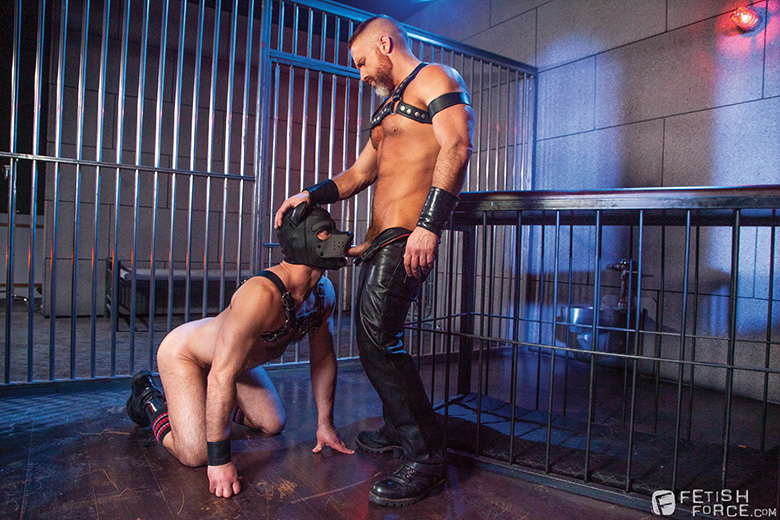