NOTE: This single-part work by Taurus is a short sequel to his much longer story One Year.

As James spun around, all he saw was white, with the set of washbasin and toilet flashing grey intermittently.

When he eventually slowed down – he was not quite sure if it was double vision or nausea – there were two sets of personal hygiene stations.

It took James another few breaths to calm down enough that he could confirm once and for all that it was not just him – there were two sinks and two toilets on opposite corners of this cube-shaped cell, which was brilliantly lit on all its sides.

Raising his head, he slowly fell towards the ceiling, until his neck got tired enough to bring the rest of the cell back into view.

Disappointed that he could not fly, James lay down on the one unlit surface in the cell he had been on the whole time; a black leather mattress.

“This used to be white,” he thought.

Somehow, simply changing the colour of this mattress was enough to feel warm and safe, and he clung on as best as he could, only to remember that he now had paws for hands, having been locked in fist mitts.

In fact, there was little he could do besides wait. Almost immediately, he became aware of the many hairs on his body rubbing against the leather, and as if activating a switch, the immense frustration of the chastity returned.

He very quickly discovered that his penis was no match for the titanium alloy that hugged it so tightly, and that his nipples were highly responsive pain-generating buttons.

Unsure how to feel, he collapsed face first onto his rather welcoming mattress.

He tried his best not to think too hard.

Having awoken but not opening his eyes, James tried to roll towards the voice, but was tackled into the ground by the owner of that very voice, who had a body just as bearded and hairy and muscular and naked as he did.

James could recognise him anywhere, anytime.

Promptly, Russell flipped James onto his back and rearranged things such that he could pin his slave in a spreadeagle.

There was a moment of reverent silence as master and slave lay naked together, lost in each other’s eyes…

…before it dissolved unceremoniously into a frenzied kiss.

On either side of the mattress in the floor was a bed on wheels, presumably relocated from the medical wards.

James seemed confused – he tilted his head to the side as he circled and inspected these curios.

They were curious indeed. The mattresses were black leather, and aside from pillows, they had no amenities for actually keeping their hypothetical occupants comfortable – most unbecoming of a bed typically reserved for recovering sick people.

“We rolled these in real quiet when you were taking a nap,” Russell explained, stood naked next to a toilet with a bag of gear and clothes.

That clarified the sudden appearance of this strange furniture, but not their purpose.

“I’m sleeping with you right here, but don’t think you’re allowed to find the door.”

A cheeky smile crossed Russell’s face – it became clear to James, who was frantically turning round and round, any indication of a cell door had been completely removed.

“How would you train me, Master?”

“No training on vacation.”

James was ambushed by Russell’s response – both the verbal one and the gestural one – as he witnessed his master move knelt in front of him and embraced him.

“Thank you for everything,” Russell whispered, pressing his head on his slave’s shoulder.

James wanted to return the gesture, but his hands were literally bound – the substitute of rubbing and patting his master’s head would have to do.

Russell luxuriated in the moment. James’ and his heartbeats reverberated steadily through each other; an ethereal percussion duo undefinable by notation, and in defiance of accompaniment, as they floated in reverent silence.

He laughed at himself: he was supposed to be the authority figure that comforted his slave, and yet here he was, nuzzling James, as if he himself was the pet slave he trained.

Then he felt himself pulling at James, trying to get him to stay still as he suddenly jumped away.

Shoving James onto a bed, Russell rushed for a boot he left in the corner of the cell next to a toilet, ready to crush his insectoid nemesis.

“Master?” James asked worriedly, having been practically paralysed by this sharp reaction.

It took several unsuccessful tries to get Russell back on track – all of which involved barking – before James landed on the one successful solution.

A pause from Russell’s frantic combing.

“No bugs on the floor,” James said, with some firmness in his tone this time.

And indeed the brilliantly lit floor had no intruders; they would have all been easily visible otherwise.

Perplexed – since James had never acted so oddly before, Russell looked on in confusion as his slave moved from the bed. That said, the confusion was immediately gone the moment James stopped next to the bag of gear, knelt and lightly patted his neck.

Russell obliged quickly; he was only too glad to clip a collar and leash on James’ neck, which sent the slave rolling on the floor with glee.

This was a finishing touch – a bright red collar, to which a chain leash was connected. No one, no matter how dull, could mistake him for a dignified human now.

The jingle of the chain was as playful as he had always remembered it to be; all he wanted to do now was coo and get his belly tickled.

The sudden rustling and crumpling of a plastic bag burst James’ daydream bubble; his performance was not watched.

Slightly disappointed, he held his leash between his teeth gently and delivered it stealthily to Russell, who had his back turned to his bag.

Expecting to pounce on his unaware master, James was instead met with Russell turning around and swiftly applying nipple clamps, with a gag and a carabiner – supposedly to quickly restrain his hands – also held in reserve.

“And now I can punish you for speaking up without permission,” Russell teased – his words were stern but his voice was jovial.

He carried his helpless slave back to the middle of the cell to fully apply the bondage, and made good on his promise of punishment to the tune of carefree laughter as he sat on a bed, tickling James with his toes.

Metal would like to thank Taurus for this story!

To read One Year from the very beginning, click here 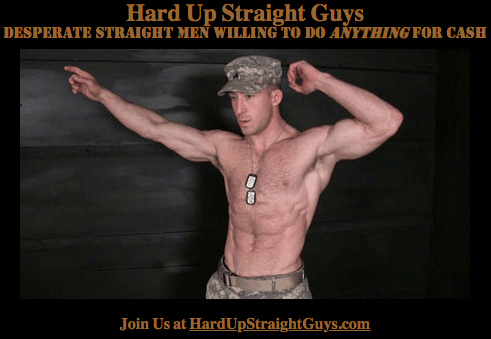 One thought on “It’s Been a Year”