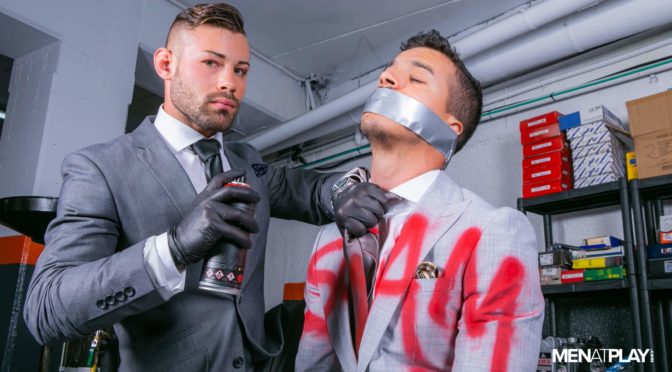 At Men at Play, Ricky Blue owns and operates a luxury car dealership. He’s involvd in the shady business practice of buying and selling stolen cars from the Mafia. Jonathan works for the Mafia and tries to scam Ricky into buying some stolen cars that were identifiable by the police. Ricky isn’t taking this situation lightly and is ready to punish Jonathan for trying to scam him! At the car operations center, he finds Jonathan hand-tied, bound and marked. Ricky is the best at punishing those who cross him and then fucks them, literally, until they ask for mercy. 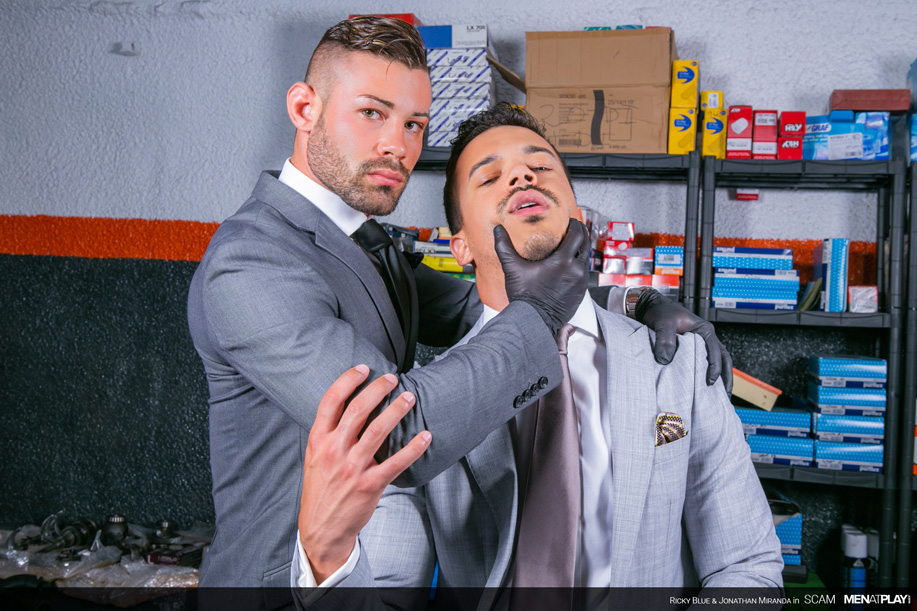 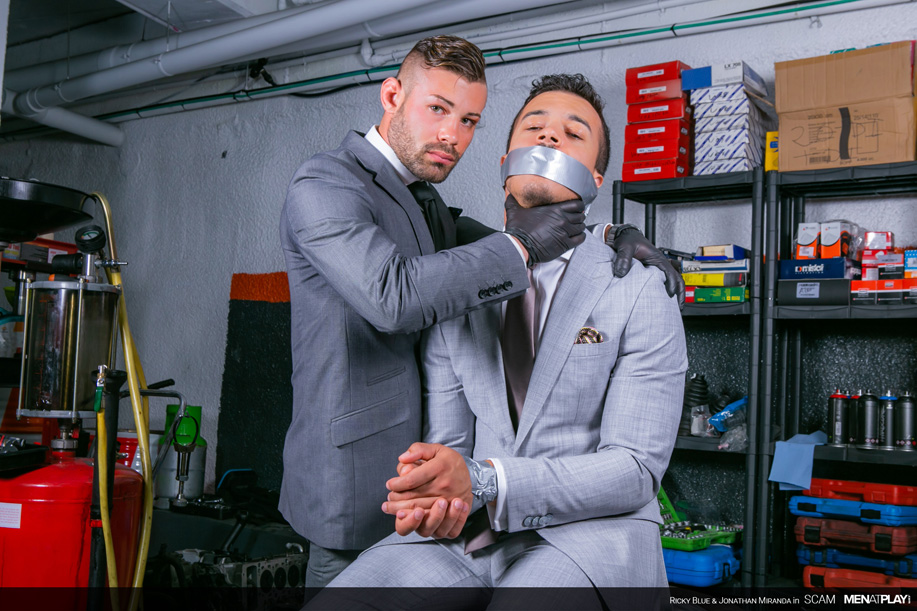 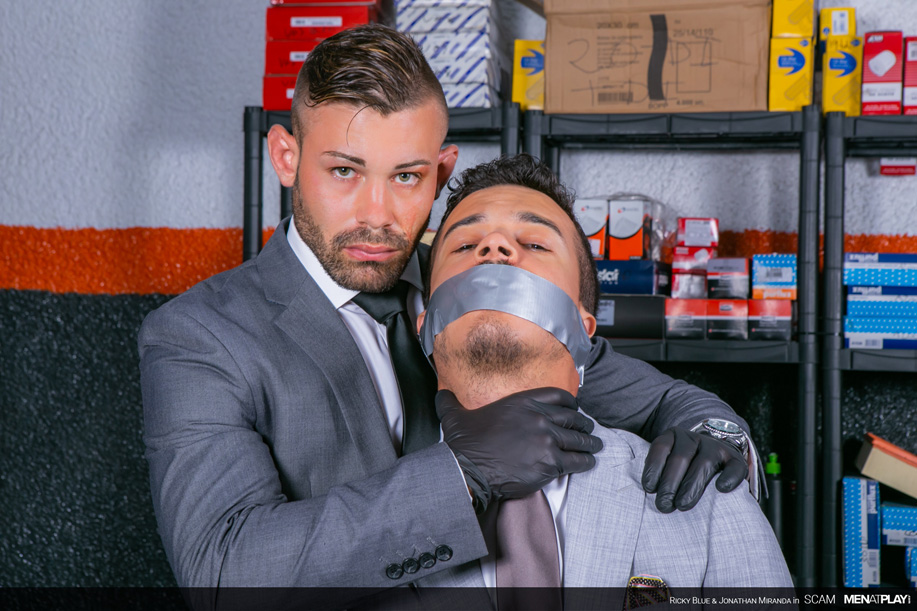 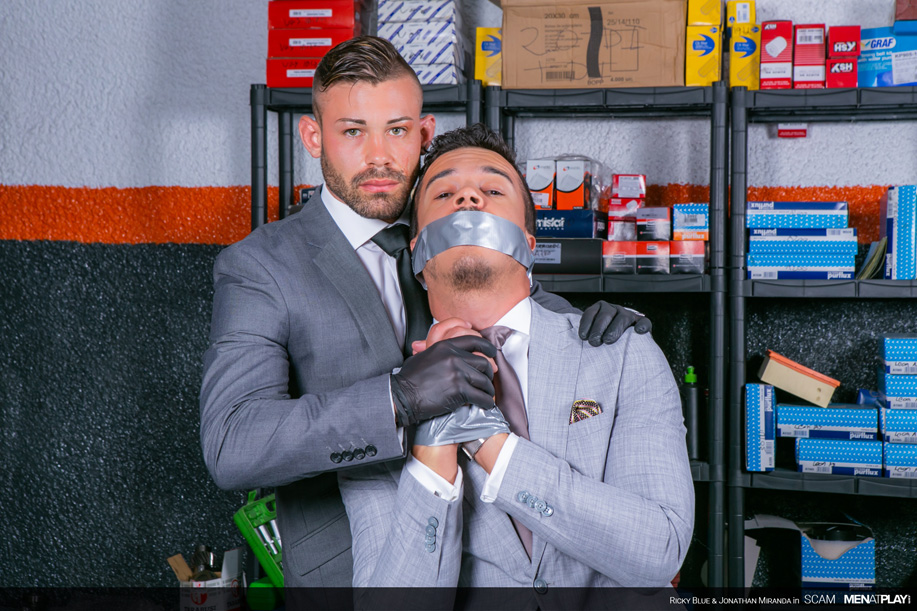 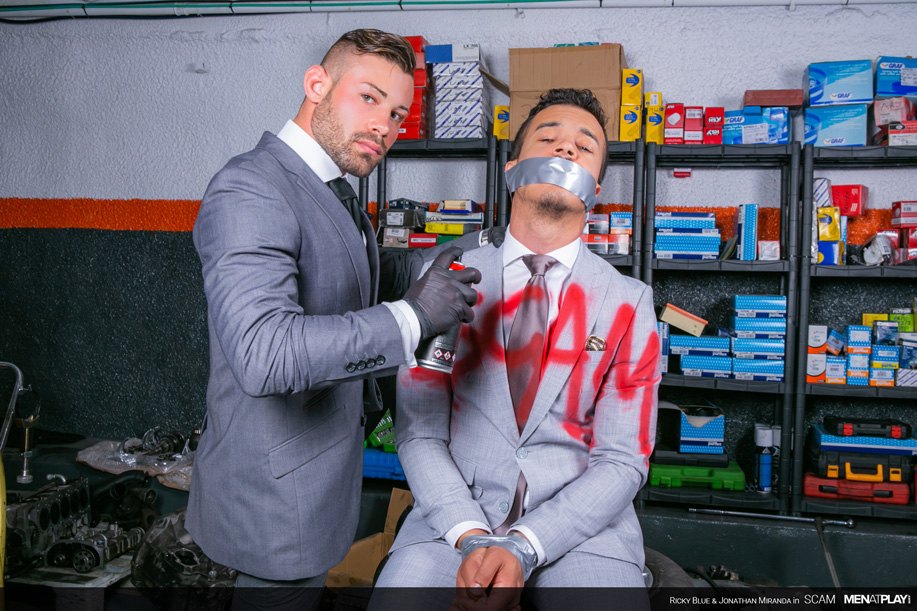 Title of this shoot: SCAM 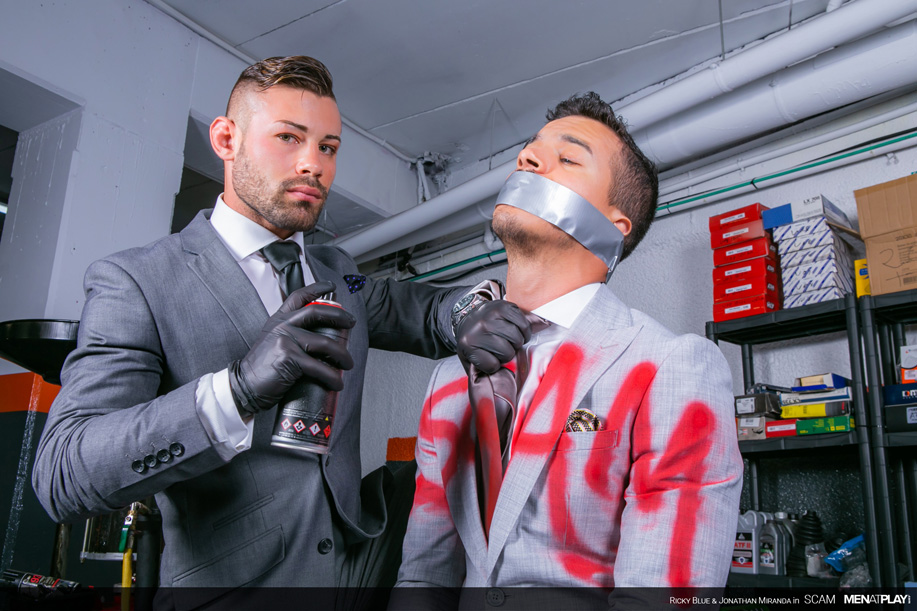