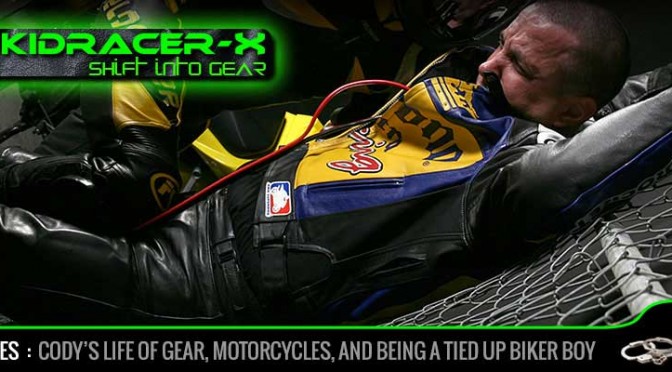 I thought I would try something new for today’s Metalbond A to Z entry for the letter K. Instead of making this about a thing, or an activity, I thought it would be cool to feature a person — in this case, KidRacer-X! Check him out: I have never met KidRacer-X or even chatted with him online, but he is into some really awesome stuff, including motorcycles, hot fetish gear — and lots of bondage! He’s also got a quite extensive website, called KidRacer-X  – Shift Into Gear and even though it seems to be under construction much of the time, it’s got tons of content to check out.