Based on a true story.

Sleep did not come easy and what did had conditions. I’m not used to that, I’m one of the few that fall asleep within 10 minutes, normally under 5, my Master was always jealous at the ease of which I would pass out.

The lack of any covering was making it hard to get comfy. The rattle of the chains connecting my wrist and ankles kept drawing the attention of my ears. Todd had said, before leaving me in the darkness, that I’d get used to that in time. I’d get used to quite a lot of things in time.

I wasn’t exactly cold. I felt more exposed, especially now that I was smooth from the neck down. The collar was heavy, and even with the pillow I was fully aware it was there. While I knew the plug lodged deep inside of me wasn’t getting larger it was way more noticeable now that I wasn’t strapped to the chair. Thankfully, it hadn’t fallen out. I was determined to keep it in there. I wish I could say I wasn’t enjoying all of this, but every time I got soft I found a new reason to get hard all over again. How long had it been since I got off?

“WAKE UP,” the loud boom of Todd’s voice jolted me from my sleep. I was lucky I didn’t crack my head against the cage. My heart was beating out my chest. If there hadn’t been 12 inches of American steel linking my wrists and ankles together, I probably would’ve jumped. “What’s the big…” ZAP! That fucking collar, I forgot it was still humming, keeping me as articulate as a dog. “Now, now, dog. Don’t go on pretending you’ve earned the right to talk.” Todd unlocked the cage. “Come on, out.” Sluggishly I crawled out of the cage. My head was spinning. It had to be ungodly early, the sky was a bruised blue. We had beat the morning light, I was not excited about that. Just how early was it?

Todd reached down and clipped a leash to my collar. This was my life now. He gave a tug, firm careful not to be quite as rough as he had been last night. Was there a gentle side of him that I hadn’t seen yet? I’d have to think about that later. I had other things to worry about. I was incredibly thirsty and desperate to pee.

“dog, today we’re going to start what will be your daily routine from here on out. As long as you’re collared, with that dick locked up, you’ll start your day this way, either for myself, Alan, or for when your training is over and you’ve been handed back to your Master.” He looked me up and down, devouring me with his eyes. Having always been a bit of a pig for gear I wanted to see what I looked like, especially now that I was quite a bit smoother. I hadn’t been given the chance, but I also really wanted to inspect the chastity belt and see just how fucked I was.

Todd pointed over to a paved 10 x 10 that sat right next to the building I’d been sleeping in. It had an overhang keeping it in total shade, and next to that there seemed to be a doorless outhouse. “Every morning right before dawn I’m going to lead you out of that cage. In the future the lock will be timed, and you’ll be doing this instinctually. I’ll remove your mitts as I am doing now, you will clean yourself out with the hose, don’t look at me like that, it has an enema attachment because I’m nice, I’m happy to take that off and let you struggle with the nozzle. See the outhouse, you’ll empty yourself there. You may also pee during this time. Otherwise, you’ll be peeing out in the yard, like the dog you are. Once you’re clean you’ll report back here to be replugged. Your master was adamant that hole was to be filled as often as possible, and I’m sure as shit not getting in the way of that request.”

“Any questions?” I bit my tongue, judging by the flashing in his eyes he was a little disappointed I hadn’t been shocked. “Good dog, I see you’re learning.”

With that Todd reached behind me and firmly but methodically pulled the plug out of my ass.

“Get to it, boy, we got a lot to do and the sun is just starting to rise.”

Metal would like to thank the author for sharing this story here! For those who would like to send feedback or ask questions, please do so in the comments section below! 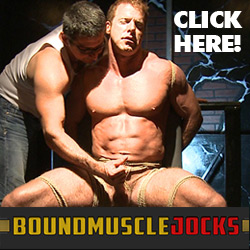