“Uggh! Uhhh uh uuhhh…” the slave panted, trying to catch his breath around the rubber ball gag gripped in his teeth. His lips pulled back and his jaw opened in a desperate attempt to draw in air, drool gushing out in thick ropes that dripped down his chest and abs onto his cock finally exposed after three days of confinement.

His muscled arms had been pulled back and stretched over a bar against his back and chained to the spreader bar shackled to the slave’s ankles. The slave’s balls were chained to an eyebolt in the ground, causing his nuts to be stretched and tugged with each new punch during the Captain’s workout. The slave’s head snapped back from the flurry of jabs directed at his punished bruised abs again. He growled deeply into the gag and more spit flew.

The bar behind the slave’s back was just high enough to keep the slave’s sweat and dirt streaked body stretched out and open to the Captain’s human punching bag workout. The first morning rays of the sun broke over the distant hills and reddened the scene on the bare hilltop. The Captain had rigged the bars and chains among the bare framing of the new compound He was creating.

The slave began to cough and gasp.

The Captain reached up and loosened the gag, allowing the slave to spit it out, gulping down air and spit. He grabbed the slave’s chin with one black-gloved hand and poured water down the slave’s throat. As He did, He produced a pill somehow kept at the ready even though the Captain had stripped down to a leather jock strap and his heavy black boots. The pill was swallowed with some stroking of the slave’s stretched neck. The effect was immediate. The slave knew what was about to happen and his sore cock stiffened and grew painfully hard in anticipation of the milking he would receive.

The Captain pushed the gag back into place and cinched it tight. The slave’s eyes closed as he tried to prepare for the next flurry of punches.

Over the weeks the slave had grown lean and dark from the constant labor on the ranch. And the Captain’s lust for torturing the slave had grown with each day as well. He now laid into the slave’s bound body with gusto, punching his abs and stretched pecs with increasing speed. Left, right, left, right, then pecs, then abs, and then pecs again. A quick stroke of the slave’s cock and a slap to his cum-swollen balls. Then another hit and another stroke to his cock. Then another stroke, and another, just slow enough to make the slave want more and strain to push his rod up toward the Captain’s hand even though it stretched and tortured his bound nuts.

The Captain responded by resuming the barrage of jabs to the slave’s guts.

The slave’s head rolled back and lolled against his straining shoulders, his wrists being tugged down with each blow.

More strokes to the slave’s cock followed, the Captain lubing up the leather glove to make sure each touch send shivers up the bound body. The slave pushed his loins forward as the Captain began series of strokes, twisting as he rose up the shaft with the tight leather gloves slicked with lube massaged the slave’s purple straining rod.

Then His right fist made contact with the slave’s flexing abs again as the left continued to stroke his stiff dick. The Captain ground his right fist into the slave’s lower abs and the slave’s thick gut meat flexed tight in response.

The slave was spent. But there was work to be done and the whole day was ahead of them both.

The road up to the hilltop was bordered on one side by a cut bank where some wildflowers still bloomed despite the desert-like heat that seems to intensify by the day. Scarlet penstemon grew underneath the spiny brush lining the road. Their trumpet-like blooms were arranged on long, bare stems, visited by hummingbirds. The tiny birds were blurs of green or brown with iridescent flashes of purple or pink showing briefly in the sun. 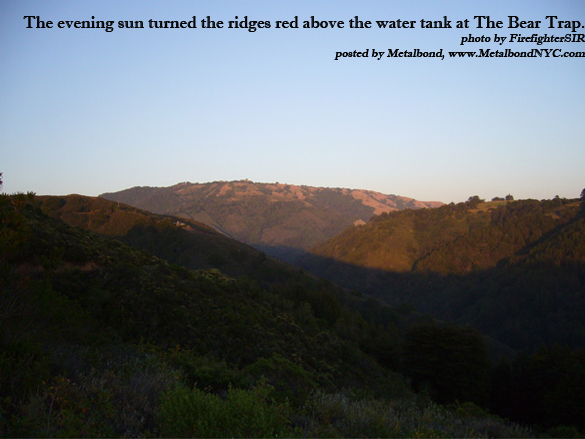 The slave would catch himself staring at such a sight, panting, his tired body allowing his mind to drift into daydreams easily. The beauty of the ranch could at times be overwhelming. Other times the slave would allow his own doubts and fears to creep in, the slow gnawing feeling in his gut about how his former life back in far off New York was falling apart during his protracted absence. Some nights he would lay awake, watching the stars wheel above the cage bars, concocting elaborate escapes in his mind.

He had often glimpsed the lake far off across the valley floor and thought that he might pass off his cuts and bruises and general lack of clothes in a scenario where he was a stranded lake visitor who had fallen off a party boat, swam to shore, then wandered for hours through the brush looking for the road.

But every time he thought of this plan, it ended with a cop pulling over to rescue the near naked man on the side of the road, cuffing him and having his way with him on the hood of the patrol. Ben shook his head, suddenly growing cold as he thought of his own name. Even he had started calling himself “slave” in his mind, to condition himself to his new life that he wanted and was afraid of at the same time. No, not Ben, slave, slave, slave.

His current reverie was cut short by the familiar sound of the ATV grinding to a halt not far above him on the road.

The Captain was glaring. Time was being wasted. The Captain had an overwhelming obsession with time it seemed, in 15-minute increments, no less. Any instance where the Captain was kept waiting was a punishable offense more than any other. He likened it to stealing. The slave breathed deep, gathered up the shovels and slung them over his shoulder, resuming the half-mile hike up to the hilltop.

The routine of life at the Bear Trap was setting in just like blue shadows of nightfall were filling the canyons like cool water from the distant lake. 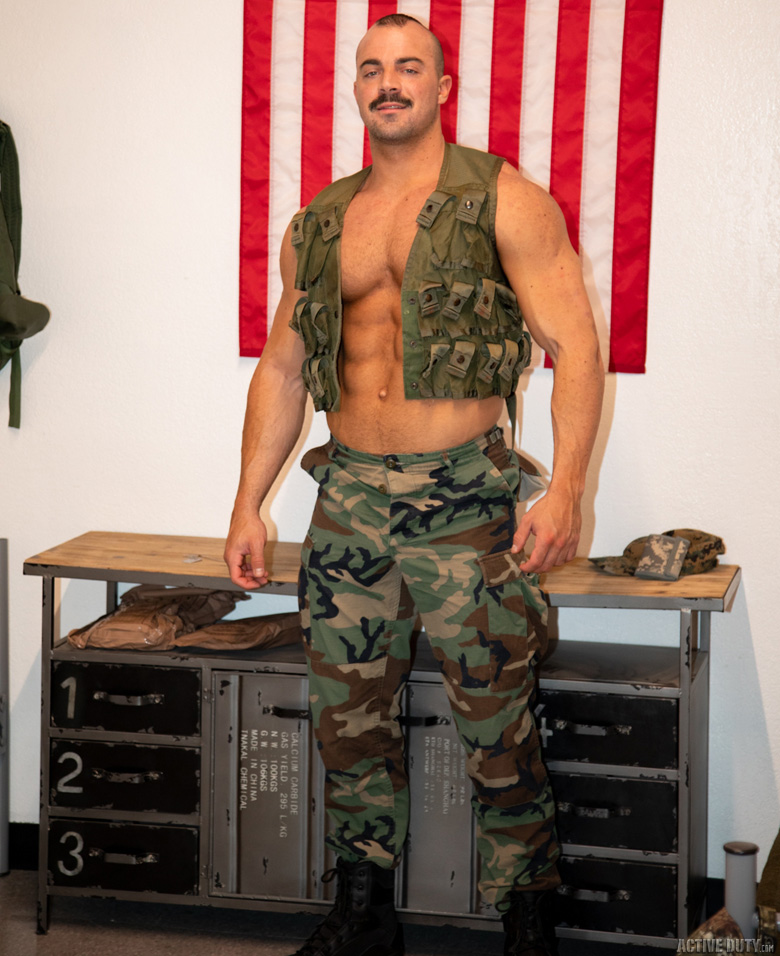