4798 woke up and lay on his bunk in the blacked-out cell he had been confined to since he was transferred to the super max wing of the correctional facility.  He shifted trying to get comfortable but the heavy steel 5-point chains he was locked in weighed heavily on his chest as he lay there.  Sitting up made no difference as the weight of the chains dragged at the heavy steel collar of the chains forcing him to slum forward.

Just then the light flashed on in his cell and he knew that it was morning and he would be fed soon.  The food slot in the door slammed open and his food tray slid in.  The food was always the same and tasteless for the most part.  Boiled chicken, rice and boiled carrots.  He was fed the same 3 times a day without any variation.

He finished his food and waited for the food slot to open in the door and he shoved the tray out with his right foot.  He sat back and waited till the guards checked the tray and the slot slammed shut.  He knew his hour in the exercise yard would be soon.

Since the chains had gone on he did not look forward to his hour in the exercise yard.  The heavy chains combined with a 25-pound steel ball and chains locked onto his right leg for the hour he was in the yard did not improve his attitude about what was happening.

The door slammed open and his four personal guards stomped into the cell.  As usual, they were dressed in black fatigues, full riot body armour, helmets and face shields.  They were always heavily armed as they had no fear of 4798 trying to grab a weapon due to his heavy chains.

They dragged him out of the cell and forced him to shuffle down the hallway.  They pointed to the door to the exercise yard and he shuffled over to it and stood waiting at the door.  One of the guards knelt and locked the shackle of the ball and chain to his right leg.  The door opened and he was shoved through into the caged yard.  He had to keep moving the entire hour or he would be punished.  He shuffled around dragging the heavy ball behind him.

He wondered how much longer he had on his sentence.  He had signed up for 12 weeks at the correctional centre and the experience was to culminate with several weeks in Super Max.  He then began to think what he could do to antagonize his guards again.  Despite his protests to the contrary, he was really enjoying the heavy chains he was locked in.  Being in shackles 24/7 was his idea of bondage heaven.  The 3 weeks he had spent at the start of his visit was memorable as he was locked in a heavy leather straitjacket 24/7 for the 3 weeks of his stay at the mental hospital that was part of the correctional facility.

He decided to try to resist once his hour was up in the yard, as he knew the guards would definitely react to any rebellion on his part.  They had warned him repeatedly that he was to remain docile at all times.  The door to the yard opened and he shuffled over to it dragging the ball behind him.  He stepped into the prison building and just as the guard unlocked the shackle from his right ankle he shuffled right and threw his weight at the guard kneeling beside him.  The other three guards then reacted and grabbed him and slammed him against the wall.  He was pinned by 2 of the guards.

The one he body slammed got to his feet and stood in front of 4798 and slammed his right fist into 4798’s gut.  4798 slumped over and groaned from the hit.  He was then dragged to the punishment area.  He smiled to himself as the guards dragged him down the corridor and into the punishment room.  He was held tightly as his heavy chains were unlocked.  He was then ordered to strip and he quickly stripped off his prison uniform and was soon standing naked in front of the guards.

He was grabbed by two of them and the other two guards quickly put heavy leather 4 buckle suspension cuffs on his wrists.  He was dragged over to a wall and was lifted up and put on a tall box.  Two of the guards locked chains on the cuffs on his wrists and then activated a winch.  The chains tightened up and he was slowly lifted up and his arms spread out wide.  The box he stood on was removed and his entire body weight was now suspended by his arms and shoulders.  As he hung there, the tension built up in his arms and shoulders.  One of the guards came over and brought a short ladder.  He got up on the ladder and ordered 4798 to open his mouth.

He obeyed and the guard quickly fitted a steel spider gag into 4798’s mouth and strapped it tight to his head.  The guard got down off the ladder and put it away.  By that time, 4798 had begun to drool and a string of drool dropped from his mouth.

He hung on the wall and the stress of the crucifixion bondage he had been placed in was taking a toll on his shoulders.  It felt like his arms were being pulled from their sockets.  He moaned and that just made him drool more.  One of his guards walked up carrying a step stool and he got up on it.  He put nipple clamps on 4798’s nipples and then he hung a couple of small weights from the chain so the clamps tightened even more as well as stretching his nipples.  He groaned and drooled.

The guards turned and left the punishment room leaving 4798 alone to contemplate his predicament and his rebellious behaviour in trying to shove one of his guards.  His head drooped as he hung on the wall.

Time seemed to pass slowly as he hung there.  His arms and shoulders had gone numb and he was drooling continuously now.  The door to the room opened and he slowly raised his head and stared.  His guards returned and they were followed by Captain Ferguson. 4798 knew he was now in serious trouble.  Captain Ferguson walked up and asked 4798 if he had really expected to get away with pushing a guard but all 4798 could do was moan and drool.

The Captain turned and ordered his men to remove 4798 from the crucifixion bondage and get him cleaned up and back in his uniform and chains.  Once that was done, they were to bring him to his office.

It took a while for the guards to get 4798 cleaned up as he had become very weak from the bondage so his arms were almost useless.  But they got him cleaned up and back in his prison uniform and chains.  They dragged him along the cell corridor and to the main entrance door to the Supermax Prison.  The main door opened and 4798 was dragged out and along the corridor to Captain Ferguson’s office.  Once there, a guard knocked on the door and was told to enter.  The guards and 4798 entered the office where the guards saluted and reported that 4798 was prepared and delivered as ordered.  Captain Ferguson nodded and dismissed the guards leaving 4798 standing and swaying on his feet, his head bowed.  He was trembling from exhaustion but remained still.

Captain Ferguson stood, his heavy body armour creaking as he shifted his heavy muscular body.  He looked at the prisoner standing before him and remembered what he had looked like when he arrived 11 weeks earlier.  That confident and muscular man had been replaced with a weakened man who had actually become in his mind a prisoner.  The captain smiled and he told the prisoner to look at him.  4798 looked up and listened as the Captain spoke.

He told the prisoner that he was being paroled despite his lack of good behaviour.  4798 looked startled and the captain told him that his 12 weeks were almost up and he would be released in 3 days.  During the remaining 3 days he would be taken to the medical facility to be checked over and given rest and food to regain his strength.

The captain barked an order and 4798’s guards entered the room.  They were ordered to take the prisoner to the medical facility to be processed out of the prison.  They nodded and dragged 4798 out of the office. 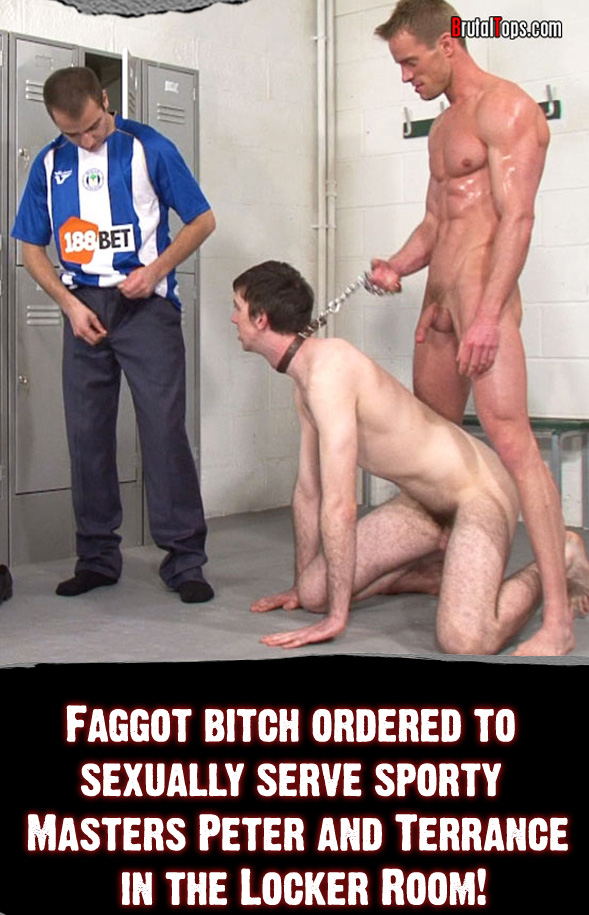