Everyone has a reason to keep a slave. I’m kept as one by Master. He calls me a towel.

My parents were Scandinavian, but they moved to the US before they gave birth to me. Scandinavians are famously hairy (or so I think, since my dad was quite the fuzzball), hence why my body hair was the target of teasing for many years in high school. I tried to hide it by wearing long sleeves and changing quickly for gym, but that didn’t work, obviously.

This shame didn’t last long, fortunately. Behind people’s backs, I’d read through magazines and I’d be amazed at how many people lust for hairy bodies.

When I got into college, I decided to embrace the bearishness and sport a (very thin, compared to now) beard, I pretty much had the hair of someone more than double my age back then. My dorm mate noticed, and word quickly spread about me being a bear. To this day, I’m still nicknamed a bear by my friends, though it’s more a term of affection, and not of ridicule or for categorization.

Do Vikings hunt bears? If so, I hope my ancestors don’t try to kill me. Either meaning of “bear” applies, wink wink.

After I graduated from college, I found some time to work out and properly bulk up. At the same time, my beard and my body hair only kept getting thicker and thicker. I actually looked like one of those Vikings you’d see in a movie – muscular and a big, big beard. Shame that those roles are played by damned Americans with pitifully little hair on their chests; I could’ve made it so much more authentic.

As I got more freedom to do what I want, I began frequenting leather bars, where many incorrectly but understandably assumed I was a top. Of course, I liked seeing people get fucked, get edged, get flogged, whatever.

Actually, I most enjoyed seeing bootblack slaves on their knees, licking and cleaning and polishing leather. I wasn’t necessarily enjoying the leather, but I loved the idea that a slave was cleaning stuff, doing lots of monotonous labour instead of enjoying being used, if that makes sense.

I followed through with my strange fetish, and now I have a Master who does the standard stuff plus what I specifically asked for – cleaning duty. The tool of choice is my hair.

Because I’m only a towel, I’m not allowed to speak with the guests, ever, and I must only communicate through Master’s mouth. Every word or grunt response (“uh-huh” for “yes” and “uh-uh” for no) that leaves my mouth equals an extra week in chastity, though this punishment means practically nothing, and could even be a blessing in disguise.

One thing is clear though: I’m going to suffer no matter what. Even if I’m not constantly hard in my cage and hurting because of that, it still hurts from inside the cock.

After using me for the day, Master brings me outside to hose me down. He then cleans my soles and wipes me with two tissues. Once the tissues are completely wet and unable to absorb more water, he stops and leads me back into the house. Like an actual towel, I’m laid out on the floor near a window to sleep and to dry off, ready to be used again soon.

I get used for other purposes too, as a more “normal” kind of sub. Much more pleasurable, and I have gotten full prostate orgasms (which Master allow), but by a long shot less notable, and hot, than my being a towel.

And guess who’s the towel? 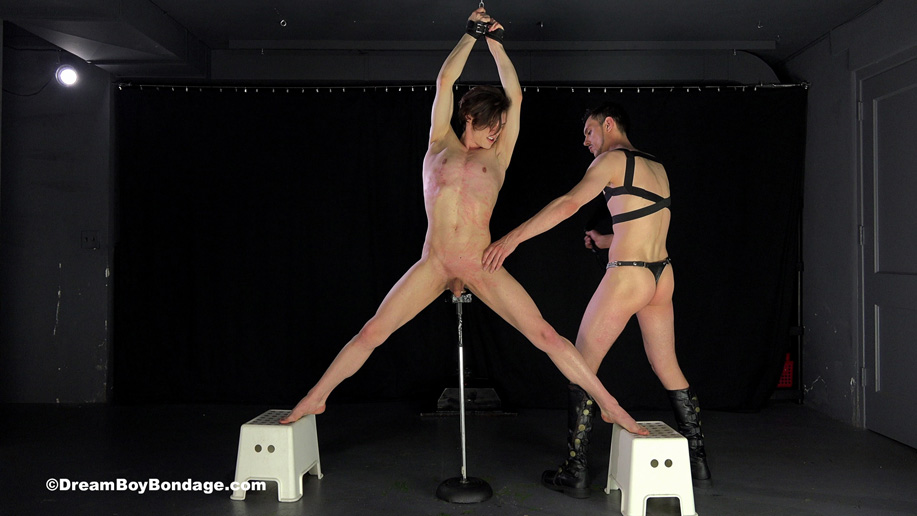 One thought on “Towel”