Day 7, Evening – The Last Night at the Campground

The four boys were back in the dormitory at parade rest at the ends of their cots, in their prison scrubs and barefoot as usual. They all knew this was the last day and that the week of training was coming to an end. One more night shackled to their cots and then they would go home with their Masters in the morning.

As the boys stood by their cots the Commander motioned to the slave, who left the room and returned carrying the clothes the Colonel had worn when he first arrived at the camp: a pair of jeans and a blue t-shirt with “U.S.N.A.” in gold letters.

The slave handed the Colonel’s jeans, t-shirt, underwear, and socks to the Commander, who in turn handed them to the Colonel and nodded. The Colonel slipped off his prison scrubs and boxers and got dressed in his old clothes as the boys watched. Cody hadn’t paid attention to the writing on the Colonel’s t-shirt that first day but when he looked at the gold letters — U.S.N.A. — it hit him: “United States Naval Academy. The man had gone Annapolis. He’s isn’t in the Army, he’s in the Navy.”

The “Colonel” was dressed in his own clothes but Cody noticed that he was standing in his socks; his sneakers had not been returned to him.

Just then Alpha walked in and handed the Commander a pair of black military boots.

The Commander handed the boots to the Colonel and the two men smiled at each other.

The Colonel laced up the boots and stood at attention in front of the Commander. The Commander reached out his hand, the Colonel put out his own arm, and the two men shook hands. After a pause the Commander gave the Colonel a manly hug and the Colonel hugged him back. They hugged like old friends who hadn’t seen each other in a long time. Then the man who had brought the Colonel shook his hand as well, and then stood to attention and snapped a crisp salute, which the Colonel returned. This guy certainly wasn’t the Colonel’s master, Cody thought.

The Commander motioned his head, “Let’s go,” and the three men walked toward the door.

Just before walking out the Commander turned back to the room, faced the three boys, and loudly ordered: “STRIP!” Cody, Wrestler, and Pretty Boy quickly stripped off their scrubs and underwear; the Commander had just reminded them, very effectively, that they and the Colonel were not the same.

The boys stood naked for several minutes and then decided it was safe to relax. Wrestler went to his cot and laid down, but instead of laying on his back as usually did, with his hands casually behind his head and his broad chest expanded, he was on his side in almost a fetal position.

Cody and Pretty Boy looked at each other, and Cody walked over to the cute bottom. Pretty Boy had admired Cody’s gym bod and good-looking face for the past week but he found himself with a thought he never imagined having: “I’ve had enough sex for a while.” And while Cody had spent the past few days thinking Petty Boy was an adorable bottom, and had thought about penetrating that pretty ass more than once, he didn’t want the boy think he was nothing but a sex toy, at least in Cody’s eyes.

But Cody and Pretty Boy had been through a lot the past week and in a way they had gone through it together, and there was now a bond between them. Cody took Pretty Boy’s face in his hands and kissed him deeply and Pretty Boy opened his mouth and allowed himself to be kissed.

When the boys went to sleep, for the first time in a week Cody and Pretty Boy’s ankles were not shackled to their cots. Only Wrestler was chained to his cot that night.

Shortly after the lights went out Cody crawled into Pretty Boy’s bed and wrapped his arms around the boy, spooning him tightly so they could both fit on the narrow cot.

Cody’s whispered into the boy’s ear, “Hey, what’s your name?”

Cody thought about sliding inside Pretty Boy’s ass but he didn’t want to use the boy on this last night so he just rubbed his bare feet against Casey’s bare feet and kissed the back of his neck.

Cody spooned the boy even tighter and they fell asleep together.

Sunlight filled the dormitory as the three boys woke on their own, one by one on his own schedule. There was no banging of a trash can this morning.

A few minutes after the boys were all awake the slave came in pushing his cart, which held with two trays of scrambled eggs, bacon, and steaming black coffee on the top rack, and Cody and Pretty Boy’s clothes neatly folded on the bottom rack.

The slave placed a breakfast tray in front of Cody and Pretty Boy, who were especially surprised to see containers of sugar and cream so they could prepare the coffee to their liking. The slave handed Cody and Pretty Boy the clothes they had worn on their arrival at the camp and said, “They have been laundered for you. When you have finished your breakfast feel free to take a shower and get dressed in your own clothes. You may shave or not, whichever you choose. Your Masters will be here in about an hour. Your week is over. Congratulations.”

The slave handed Wrestler a bottle of water and a protein bar and left the room with saying a word to him.

About an hour later Cody and Pretty Boy were freshly showered and dressed in their own clean clothes. Wrestler was chained to his cot in his prison scrubs and when the Commander, Alpha, and Wrestler’s owner came in they walked up to the shackled jock. Alpha was holding the same gag that had been in Wrestler’s mouth the day before. Wrestler saw his Master watch as the Commander said: “Open your mouth.” Wrestler opened his jaws wide immediately and without hesitation and with a look of surrender in his eyes.

Nothing happened. So the jock just held his mouth open.

Watching the boy obediently keep his mouth open for the embarrassing gag was what the Commander had hoped to see, and Wrestler heard the Commander say to Alpha with a smile, “There’s no need for that.” Wrestler’s Master exchanged a broad smile with the Commander as Alpha put down the gag and released the steel cuff from the jock’s ankle and the boy stood up.

“Thank you,” Wrestler’s owner said to the Commander, and then he put his arms around Wrestler and hugged him tight and kissed him deeply on the mouth. Wrestler kneeled to his master in a show of respect and the Commander and his owner exchanged more smiles.

Wrestler’s owner then said to the slave with a smile, “Go get my boy his breakfast and clothes!” and the slave replied with an even larger smile, “Yes, Sir!” A few minutes later Wrestler was dressed in his own clothes and gratefully eating his eggs and bacon.

Cody’s and Pretty Boy’s owners came into the room and hugged their boys.

Pretty Boy’s Master was happy to have him back all to himself, but he was also glad the kid had such a good week. Pretty Boy loved sex and his Master was happy to give the boy a treat; he was a good kid and deserved the fun. But more importantly, his Master knew that if gay boys don’t play around at that age they will regret it later and always feel they had missed something. Pretty Boy and his Master had been together since the kid was 19 and that was really too young to settle down; the Master viewed sexual freedom at age 22 as an investment in the future of their relationship, which he hoped would last a lifetime.

Cody’s Sir beamed with pride as he reflected on his boy’s week. “Cody will make a great Master someday,” his Sir thought, and he reflected back to when he was Cody’s age. He had been trained by a World War II veteran who was part of the first generation of Leathermen and this is the great circle of life in the Leather world, Sir thought with a smile.

The boys hugged each other after their long week and said goodbye and one by one Cody, Pretty Boy, and Wrestler left with their Masters to begin their drives back home.

With the boys gone and the week over, Alpha climbed into the hot tub in the Officer’s Compound part of the campground for some well-earned relaxation. Alpha had worked hard this week, as he did every training week, and the Commander had told him it was time to relax.

Alpha took off his heavy boots and his sweaty socks and slid into the hot tub with a large glass of bourbon. The Commander did not allow himself or any of the staff to drink during training week – having power over boys was a serious responsibility that did not mix with alcohol – but now, with the boys gone, the Commander encouraged Alpha to have a drink.

The Commander approached the hot tub and Alpha rose to his feet in the water. Alpha was grateful for the life the Commander had given him, not just in terms of security and affection but also for allowing him to be his boy self. Because he had been so huge and imposing ever since he was a teenager, gay men always expected Alpha to be the Top, and Leathermen always expected – or hoped – that he would be the Dom. But at heart he was a slave who yearned to obey a dominant man.

Many Doms had been intimidated by Alpha’s size and he didn’t know if he would ever find his place in the Leather world until the day he walked into the Commander’s store. The Commander sensed who Alpha was without a word being spoken, and simply looked at Alpha in the store and told him to strip in his calm, confidant, commanding voice. Alpha immediately stripped off his clothes without hesitation, and without the slightest thought about the other men in the store; 100% of his attention was focused on the confidant man who had just given him an order. The Commander understood that a boy who knows so intuitively what he needs is a rare catch, whether he is a twink or a bodybuilder, and Alpha understood that a man who was not intimidated by his size, and who could give him an order with such quiet confidence, was a man who could make him feel complete.

Alpha thought back on that day as he stood respectfully in the hot tub looking at the Commander. The Commander pulled down his jeans and said confidently, “Suck my dick, boy,” and Alpha knew everything was in its right place and that all was well with the world.

This story is copyright © 2020 by AlphaMetal@Protonmail.com and is posted to the Metalbond Prison Library with permission. 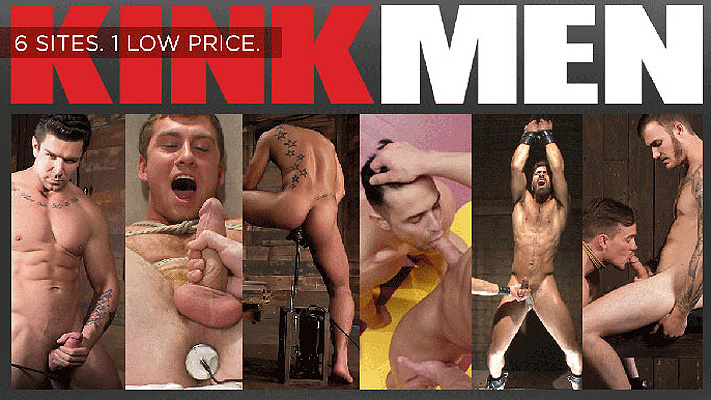 3 thoughts on “Training Week at the Campground: A Novel – Part 14”