“We’re heading out for a road trip gimp. Since you can’t see I wanted to let you know how you’re traveling. You are inside a custom-made steel box that a mate of mine has allowed me to use to ship you. Your breathing hose has been attached to a port on the box so you will be able to breath with no trouble. But we are going into the desert and well, bad for you, it is going to get hot in there. Plus, you’re in all the dive gear that is all sealed to keep you safe and dry. I’m sure your breathing will keep you company on the ride. When we do get you out, you’ll be released from the outer suit and allowed some rest. Enjoy the ride…. gimp.”

Being inside the box didn’t allow me to feel much but I did feel a little movement as we travelled. I wasn’t sure if I was in the back of Jonas’s truck or something else. I was exposed to the sun and I was going to get hot inside this metal box.

I could feel the heat when I took a breath. I had no idea where we were at or headed but I know it was the desert. I was sweating heavily in the two layers of scuba gear, trapped in the heavy metal box and breathing through the scuba helmet. I would feel the bounces and curves of the roads at time. And the heat of the outside air was dragged into the helmet each time I took a breath.

Hours and hours passed when the truck finally came to a halt. I was still alone and really couldn’t hear anything outside of my breathing. It really didn’t make any difference if we were moving or not the metal box was hotter than hell! My gloved hands could feel the heat of the metal on the sides as they were trapped very close to the metal. I would move and struggle some but that just make my dick hard and then I would be reminded of the spikes in the cock cage I was locked in.

The sound of the metal door opening startled me and soon they were pulling me out and disconnecting the air hose. The bright sun could be felt on the rubber hood I was locked in under the helmet. They released all the weights and straps and helped me stand. I was on solid ground and someone held my hand as they led me forward. Through a door I could feel the cool air of air conditioning and knew I was in a building.

After being led to a small room I was instructed to remove all the gear. It was difficult at the start as I worked the helmet off and then the full hood. My eyes adjusted to the light and I found the room was small with only a bed and a closet door. I was alone and continued to work the gear off me. I put it neatly on the bed and in a while, I was naked except for the steel cage on my cock and balls. Standing there, Jonas entered wearing PT shorts and shirt. He smiled at me, looking at me naked.

“We’re going out tonight, to the casino.”

“That’s ok, you don’t need to be. I’ll be taking care of everything, after all you’re just a slave.”

He goes to a closet, opening it and hands me a black rubber suit. The suit has hands and feet attached. I don’t even ask, taking it from him and work the suit on me. It had lube in it, so it went on smoothly. I realized that was a crotch zipper, but the overall feeling was tight and smooth. Jonas unzips the crotch and pulls out the steel cage and attaches wires too it. He moves the zip to my ass and shortly he is inserting a steel butt plug with some wires hanging out of the end of it. He gathers the wires, closing the zipper and lets the wires hang for the moment. He then opens the zippers over my tits and installs flat but intense tit clamps. He then puts small patches of Velcro on top of that and closes the zippers. I stand before him in the suit, feeling the weight of the steel on my cock and balls, weight in my ass with the wires dangling and the pain in my tits.

Next he hands me a pair of black cowboy cut jeans, that go on and are very snug. Being cowboy cut they fit my ass and show off the steel that traps my cock. Next I’m handed a heavy weight white cowboy shirt with pearl snaps. Putting it on I tuck it into the jeans and zip them up. That is followed by a pair black cowboy boots and a black leather vest. He takes the wires out of the back of my pants and works them around front but under the vest. Then a belt is handed to me to put on and it has a big silver rodeo buckle on it. He takes that and works the wires into the back of the buckle. I hear the buckle click and he informs me that that buckle is locked on. He hands me a pair of tight leather gloves to cover the rubber on my hands. He comes to me with a leather collar that he locks on my neck and then covers that with a black bandana around my neck. That is followed by a black felt cowboy hat. He stands and looks at me admiring his work.

He pushes me on the bed and quickly ropes my feet and hands so I can’t escape. He stuffs a dirty sock in my mouth and push in a leather gag.

“I’m going to get ready and then we’ll head out!”

He leaves me in the room, and I struggle to feel the tight rubber I am in and the bondage he had secured me in.

After an hour or so, Jonas returns. He looks great as he is wearing blue jeans, Wesco logger boots, a black UA shirt and tan gloves. He releases me and we head out of the room to his truck. He allows me to sit up front with him in the passenger seat. We are off to the casino as the sun is setting over the desert mountains.

“So, slave, here is what is going to happen tonight. As you can see, I found a way to keep you in gear and no one will be the wiser. You are wired and I have the little remote.”

He takes a remote from his pocket and points it at me. The metal on my cock and balls, along with my ass come alive and I jump in my seat. He laughs.

“As you know I enjoy my gaming, but I want you to be interested also as I play. So, every time I win you win, and you don’t feel anything. Every time I lose, you will get shocked.”

He shocks me again with a stronger charge and I yelp.

“Now we can’t have you making noises like that, you are going to control yourself and take it like a man! No fucking yelling.”

He charges me again and I keep quiet this time.

“Nice, well done slave. You will be with me all night, standing and watching how things go. I think you will want me to win lots for the more I win the more you win!”

He shocks me one more time as we head down the road towards the bright lights of the big city!

Metal would like to thank ty dehner for this story! 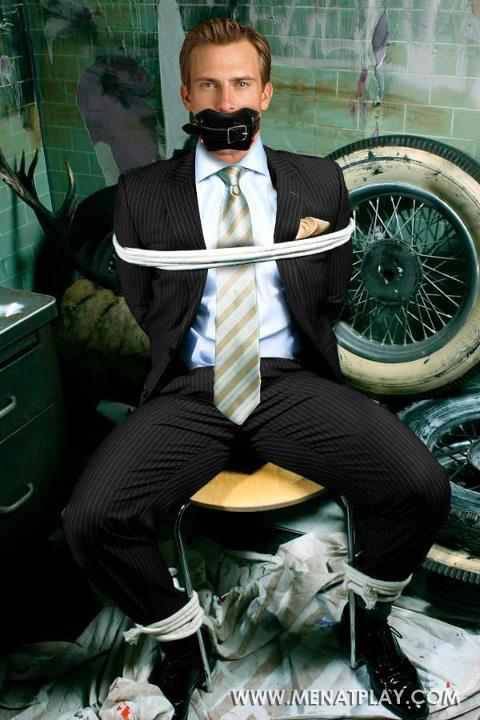 One thought on “Weekend With Jonas – Part 2”