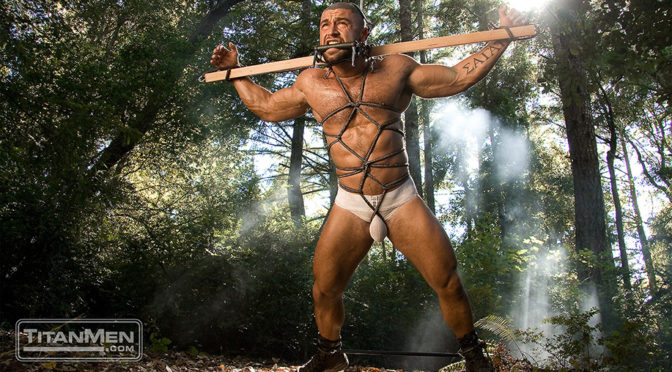 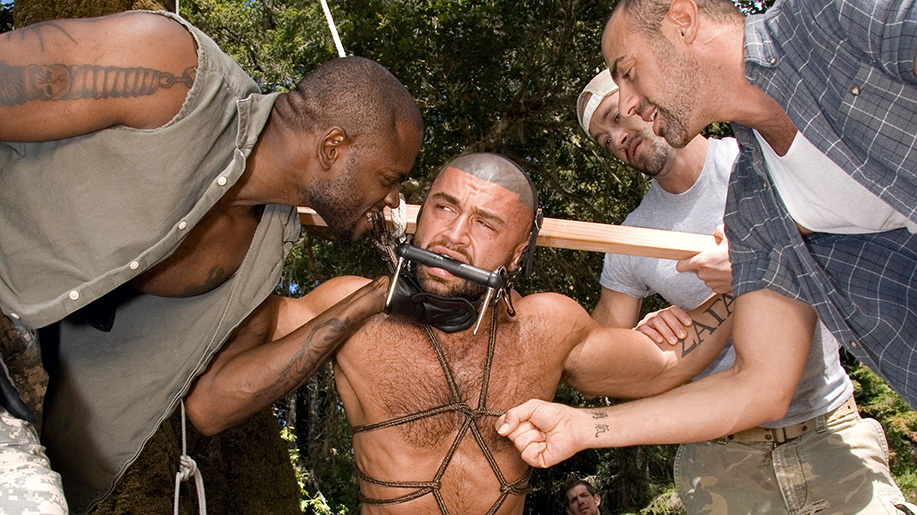 “FEAR Scene 6” from Titan features Francois Sagat, Dean Flynn, Diesel Washington, CJ Madison and Brody Newport in a graphic depiction of terror, bondage and submission. CJ and Brody strip Dean down nude and strap his wrists and ankles into an iron bondage chair. As Dean struggles to get free and tries to understand the bizarre events unfolding around him, the assailants strap him in by his neck and leave him so they can deal with François. With a horse’s bit in his mouth and hanging from a crucifix-like suspension, Francois is so terrified that he actually pisses clear through his jockstrap (which is already drenched with Diesel’s trademark waterworks of piss). CJ and Brody laugh from the sidelines, joining in to piss on him while Dean — who’s been wheeled into view so he’s forced to bear witness — watches on helplessly as he and his boyfriend are subjected to a fantasia of terrifying acts of submission and bondage which make the previous five scenes seem almost tame by comparison as they push the limits of sex and fear. 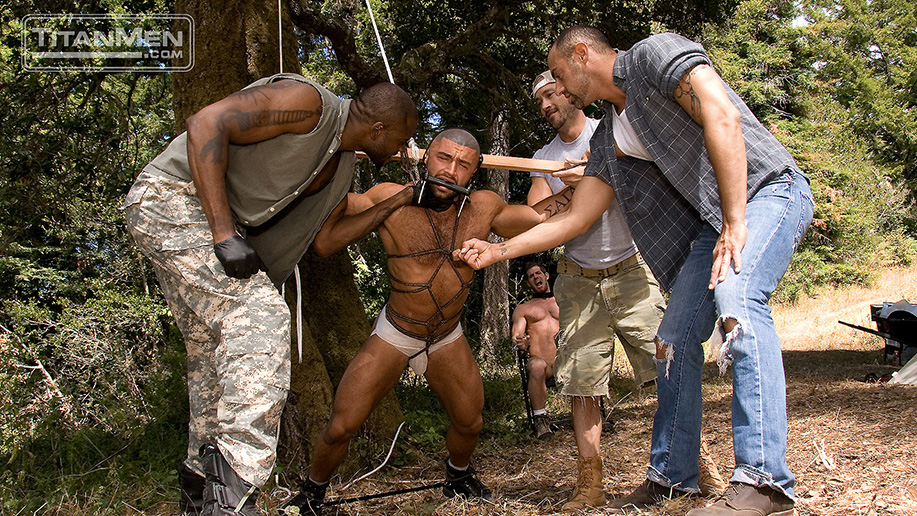 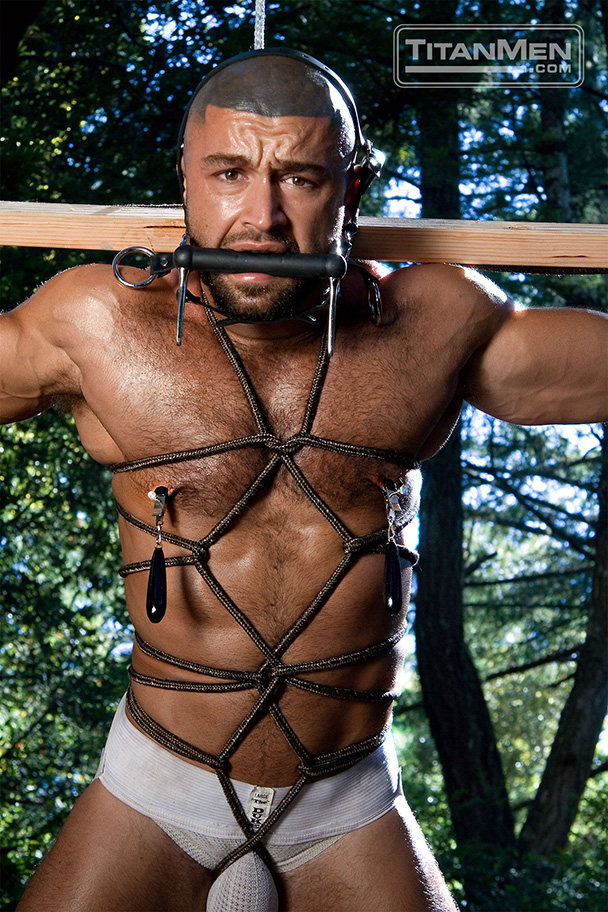 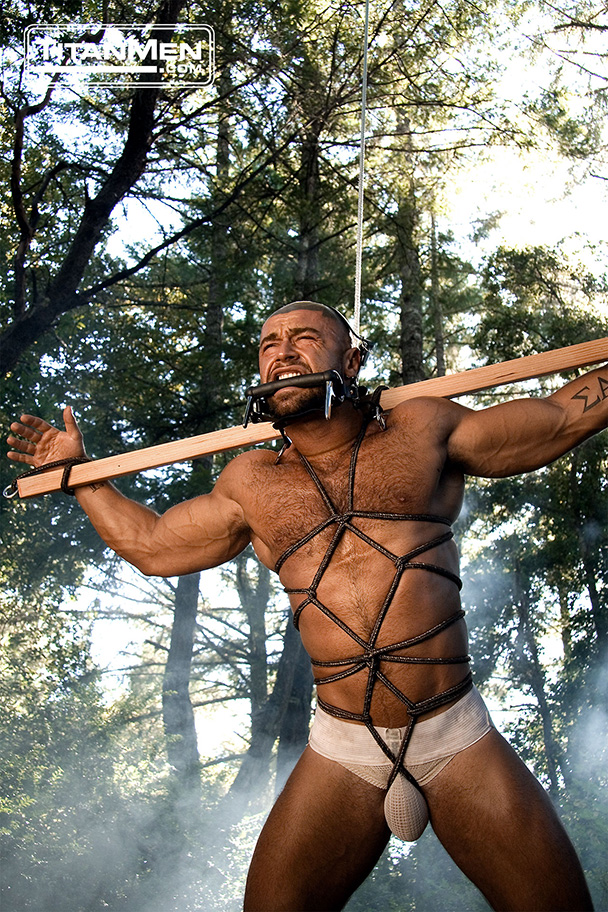 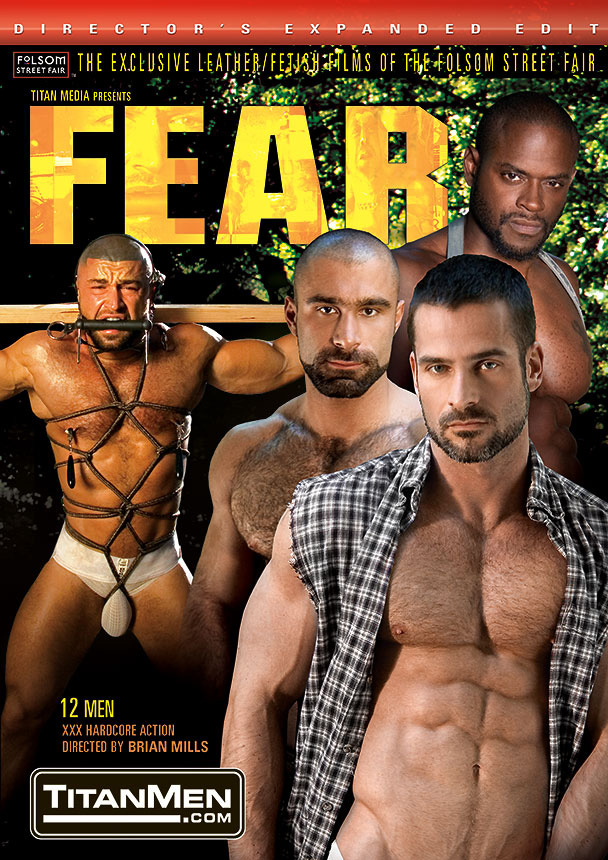 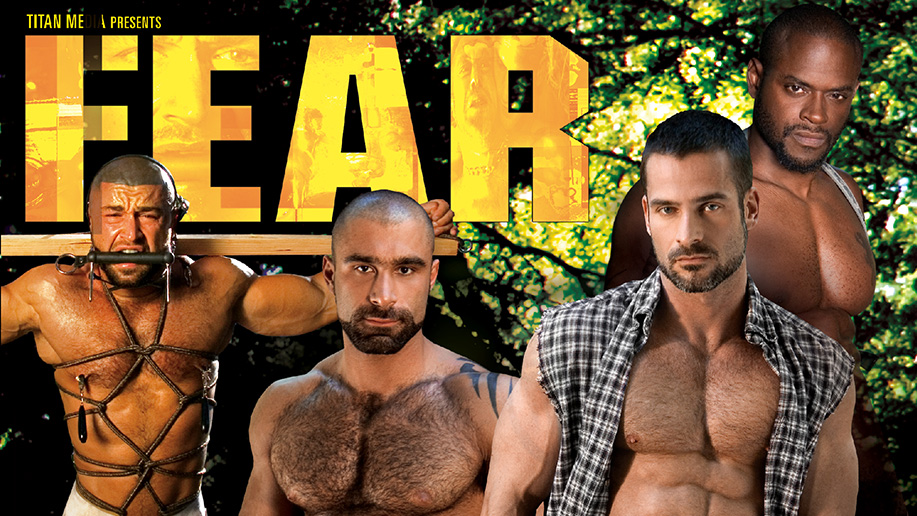