It was day 345 out of 365, and Russell had just announced to James that he would be trained to pick up another set of skills.

“When you get back to the real world, you’ll have to deal with different things than you are now. That’s why I’m going to train you to behave well in public.”

And indeed Russell was right. He had to adapt to new people, new environments, new dynamics.

In any case, James spent 15 days (day 345 to 360) in the same routine. He would not have blindfolds or gags applied to him other than during submissive training, and he followed Russell everywhere he went, even if he now had no collar, and no leash.

All day, he would remain completely naked and silent (other than if asked questions), and forced to display his body proudly to other members of staff, who groped him all over. Whenever he came to a standstill, he was to kneel on the spot, eyes straight ahead, not looking at anything or anyone.

James’ meals were dealt with in the staff canteen, still eating the same food he had been eating for the past year, still within the same time limit of 20 minutes. Meanwhile, the workouts and the training continued as they did.

At night, however, James was not brought back to his cell. Instead, he was brought back to Russell’s room, where he would sleep on the floor, having to contort his body to fit into the space between pieces of furniture, all of which he was not allowed to use.

These days were unremarkable from James’ standpoint. He was used to living a life that was more disciplined than this, and he easily dealt with it.

“So long as I can please Master,” he thought.

However, the following 4 days were completely different. Instead of having to follow Russell around, the life he had to live was, without warning, suddenly devoid of his master.

“Slave, since you’re gonna be out in a few days, I’ll have to do some intensive paperwork and finalize the arrangements, so I can’t be with you. Someone else will do my job.”

And with that, Russell left James alone.

Actually no. He had to grow stronger, and be a better boy.

Even without his master around.

He could not shout and scream and have panic attacks every other day. It made for one very romantic night, but it caused an extreme amount of stress on his master’s part, even if only for a day, something which still gives him guilt.

He also had to satisfy his temporary master, no matter how short of a timeframe he had.

The routine went back to the one James had when he first arrived, but the handler sessions were modified. All of the talking was removed, and only servicing was left.

Initially fearing that his life would be hard, James braced for another panic attack, yet it never came. Even though he had no clue where his precious master was, he knew he was out there, making sure he was well. He was not suckling on his Master Russell, but he felt his presence in Sir Dan regardless.

On day 364, Dan stopped James from sucking him off.

Dan pointed out his almost instant transition and adaptation to a new handler, and how committed he was when he serviced his new handler.

“Sir, Master Russell trained me to do everything I did. Serving you as much as I can is also serving him in a way.”

With that, James’ cell was plunged, yet again, into pitch black.

Feeling content with his performance, he slipped into a pleasant slumber – not overworked, not panicked, not chemically induced. 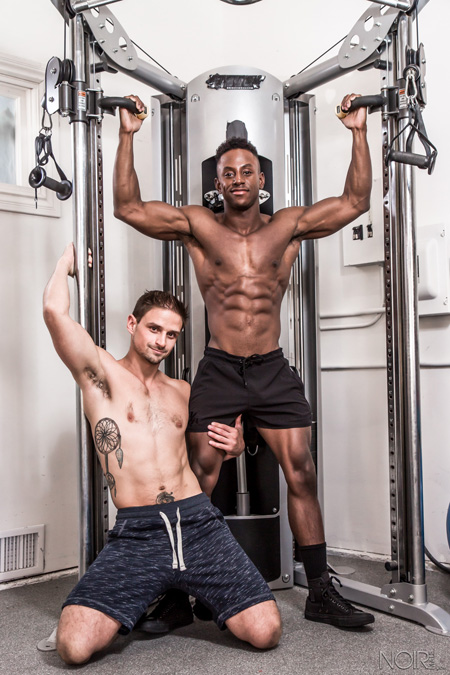