James woke up as per normal, to the sounds of a blaring alarm and the instantaneous snap from complete darkness to blinding brightness. What was strange, however, was the person who came to check on him.

It was a stranger’s face.

Feeling confused, he inquired, “Sir, where is my handler?”

“He’s preparing some stuff for you.”

James went about drinking his protein shake, changing the fist mitts and brushing his teeth, thoroughly confused, with a conflicted mind that could not quite decide if he was awake or dreaming.

Usually his master would notify him if he had any special days coming up, like checkup days, grooming days, and especially pleasure sessions.

He was marched off to the dungeon regardless.

What greeted him was the dungeon as it always has been for his grooming – a happy place. Like magic, it calmed him, reassured him this was real.

Or maybe it was not reassurance.

He was locked up in the typical bondage that held him in place, and the blindfold and gag came off, as they always have. Looking downwards, there were again the small towels that cushioned his heavily used knees.

Russell smiled at James, his slave, as he always had.

“You remember this, our first time here, right?”

“We first met like this, Master,” James answered, returning the same smile.

How could he forget?

“Well…not exactly like this though, slave. What’s different? Tell me.”

“That’s right,” Russell said, undoing the collar. It fell to the ground with the slinky sound of chains falling, then a thump. He disconnected the leash from the collar and put them away.

All the while, James’ eyes were locked to the arrangement taken from his neck, until they broke line of sight as they were placed into a bag.

“What else is different? There is one more thing.”

James sighed, and said in a weak voice, “I called you ‘sir’, not ‘Master’…

Three weeks until he left.

“Anything but undoing this relationship,” James thought.

He wanted to be tied up and used mercilessly, not having his humanity reinstated, even if it was only a sliver of it.

This was a rude awakening, not a reassurance.

Though James tried his best, his poker face cracked – his eyes betrayed everything.

Quietly, Russell used his various tools and trimmed the hair on his slave.

Russell adeptly did his job, thanks to his extensive experience. He decided to go shorter on the sides while leaving the style on top mostly as is, since it made his slave look smarter, with a slimmer head shape.

Then came something new.

Holding out a body trimmer, Russell said, “This isn’t something I expected to have to buy but when you’re worth a million dollars, what is 180 dollars anyway?”

Feeling flustered, James scrunched up with an awkward smile on his face, because funnily enough, his net worth was a million dollars as a human. Far more, actually.

“Alright, scruffy boy, let’s get your body hair sorted so that you don’t look like a monster.”

“What? You want this hair?”

He wanted to keep all his fur, as a reminder that he was no more than an animal whose value was exclusively given to him by his owner.

But Russell denied, pointing out the tangles. “I promise I’ll keep your hair looking good, work with me here.”

Acquiescing, James allowed Russell to trim his body hair. True to his word, and respecting the decision of the slave, Russell switched to a detailed head on the trimmer and slowly processed each area of the body.

The pubic hair, having grown for a full year, now made a massive bush. Russell wet the area with warm water and trimmed around the cage with a second pair of facial hair scissors, used exclusively for this task.

Finally, having had a comb lightly run through everything, James felt a marked improvement. There was no easily visible loss of hair volume on his chest, but he certainly felt lighter. After losing sight of the ring that went around his balls for months, he now saw it again. Such was Russell’s expertise.

After vacuuming up the hair, scattered all over the dungeon floor, Russell returned to the slave, still knelt obediently on the little towel knee pads. He released him from bondage, and took him in his arms.

“Promise to stay completely quiet, and keep your arms around me.”

Russell explored his slave, who had been a source of comfort. Even in a position of authority, he felt oppressed by the unfeeling concrete facility that housed him and his slave, but all he had to do was look forward to the next day, when he could act as handler and master to James.

His slave was made of warm muscly flesh, coated in fuzzy hairs, and everything about him was exactly right, right down to the way he kissed, sniffed, licked and sucked. He was the only soft thing here that he could care about.

But work was work. It never mattered how deeply he loved James.

James had to leave, and he had to say goodbye.

This was early, early by three weeks, but he had to do it, for the fear that he would lack the strength to do so any later.

“You’ve been a good boy. I had to punish you a few times, but you learnt your lesson, and I’m so proud of you, so happy for you.

“This is the last time I’m cutting your hair, so make sure you like it. Tell me if you want something shorter and I’ll do it for you.”

This was no reassurance.

This was a freezing punch in the gut, a rude and all too harsh reminder that life is real.

“You must go home without Russell, feelings be damned,” reality seemed to say.

Russell pulled out his phone and opened the selfie camera, while James spun his head around.

James could control himself no longer and disobeyed the command to stay silent.

“Could I ask a question, Master?” He put extra emphasis on “Master”, bordering on sarcasm, yet charged only with purest intent.

He could not bear to call this person that practically owned his soul and body anything else.

“Ask away.” Russell’s heart was webbed with cracks. His slave looked so fragile and downtrodden it hurt.

“Why didn’t you tell me about today, Master?”

“I couldn’t tell myself about today, my boy. I’m so sorry, I had to lie to myself all week long that this day would never come just to get myself to sleep.

“I’ll give you anything you want, as long as I can manage. Anything.”

“I want to call you ‘Master’, and I want you to keep training me, to the last day I’m here.”

“Isn’t there something else you want?”

Taking initiative, James broke the hug and looked at Russell straight in the eyes.

“Yes, but it’s not important. Not anymore.” 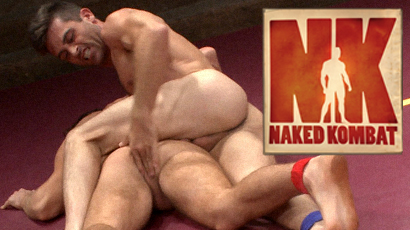