Having just completed no fewer than twenty phone calls back and forth between his gym and his clients in order to clear his agenda for not just the following week as Matt requested, but for the whole month – Luke felt a sense of exhaustion wash over him.

Matt’s interfacing program was relatively refined, but Luke was used to coordinating bodily movement with the implant, less so the intensive mental work that his testing entailed.

Whatever his reasons were, Luke was already rich. With how hard he was working, he had earned himself a long overdue holiday.

As Luke took off a pair of briefs – the last of his “pajamas” – to prepare for sleep, his robot butler notified Luke of a call he had to take.

The caller was Matt. Figures.

“Luke, I don’t have much time here, need to go through a lot of research data, so just be quiet and listen to me.”

A small pause and a dramatic throat clearing later, Matt continued, “We’ll be testing for a pretty long time in real life tomorrow. Bring some water and a flavour of energy paste you like with you. Understood? Any questions?” “Yes sir, but I want to ask – what’s the data about?” Another pronounced pause.

“I’m…not sure…myself?” Matt replied, feeling as though his mask was breaking. “Ah! That’s why I’m having to paw through this mess!”

Not that he was entirely lying. Oh, and this author would mean that Matt was absolutely most definitely not lying to Luke.

“Mm-mm!” Luke, having been completely immobilised as tubes ran in and out of his various orifices, grunted to get Matt’s attention.

The one and only saving grace was the fact that Luke’s chastity cage had been removed – he could get erect freely, though it was at the cost of having to have a tube invading his urethra.

Whatever could they be doing that mandated the use of such a crazy system?

“This is a feeder system. I’ve loaded it up so that this thing,” Matt patted Luke’s abdomen, “stays well fed. Also, you can piss and shit whenever you want to with these tubes.

After activating the simulation, Matt rushed back outside the chamber to check his readouts.

There was a mild decoherence that dipped the connection quality down to 96 percent at one point, but otherwise Luke was fine. Heart rate, body temperature, erogenous activity, everything was normal, aside from neural activity, which was quite significantly elevated from the usual levels.

Despite this worrying sign, Matt was rather unsurprised. What got him to flash a grin across his face was the readout on the newly added “time dilation ratio” text box that calculated perceived time against actual time, expressed as a ratio n:1.

At the sight of this, Matt activated a timer for ending the simulation, and set it at 60 seconds.

Luke found himself lying naked on an exceedingly simplistic bed in a small concrete cell. The bed was of a trampoline-like construction – a relatively thin tarp pulled taut, forming a metalframed airy “mattress”. The only light was a circular strip of LEDs in the middle of the ceiling. A table and chair were situated in the corner across, and the toilet next to him.

As he attempted to investigate the cell door in front of him, he noticed that he had been chained up very extensively.

Leather cuffs and straps were everywhere. That his limbs were stretched out by cuffs on the wrists and ankles, that his cock was locked up, and that straps wrapped around his torso to accentuate his body contours does not even warrant writing beyond a simple mention.

What not only warrants, but demands description, however, was the secondary and tertiary immobilisation. Cuffs flanked Luke’s knees and elbows to keep his joints in place. This idea was applied to his thighs and shoulders, which were also chained to the bed frame. A chain that was probably thick enough to hang ten of Luke from it alone secured his collared neck to the floor through a hole in the bed that was framed by a soft silicone ring. Finally, there were rigid metal bars between his wrists and ankles – which were more cosmetic than functional, though they would be effective in slowing Luke down if he ever tried to run away, and failing even that, they were undeniably effective weights.

Not that there was any point to running. This was a simulation, where rope can be infinitely long and teleportation is as easy as typing a simple string.

And not that he wanted to even if this was reality. Assuming he pulled himself free, running around with all of this obscenely heavy leather and steel – especially the length of chain for his neck – would just be inviting a fall and possibly getting strangled.

Something was lacking, however.

“Deliverance,” Luke spoke tentatively as if testing the temperature of a hot pool, but with a momentum that indicated he clearly knew what he wanted. The only thing he was unsure about was whether his safeword worked here.

“I want a ball gag and blindfold,” said Luke, like a fascinated toddler in the aisles of a toy shop – pleasantly surprised.

As his requested bondage obscured his vision and impeded his speech, Luke activated the motion capture function in his implant. He was not moving, but it was still useful for capturing a 3D image of his very helpless body.

This was too hot to not remember for eternity.

As Luke came to, still hooked up to the feeder system, Matt entered the testing chamber. His face – initially obscured from Luke’s eyes – appeared quite comically after he had brushed aside several tubes.

“You’ll notice I haven’t used the feeder system – that’s for this next test.

“Now that the prison cell is in your memory, your brain should be able to handle a longer simulation. I’ll be removing your safeword usage rights, but I’ve set a cut-off for when your telemetry tells me something’s not right with your body.

Luke nodded again, this time seemingly more excited to go back in. 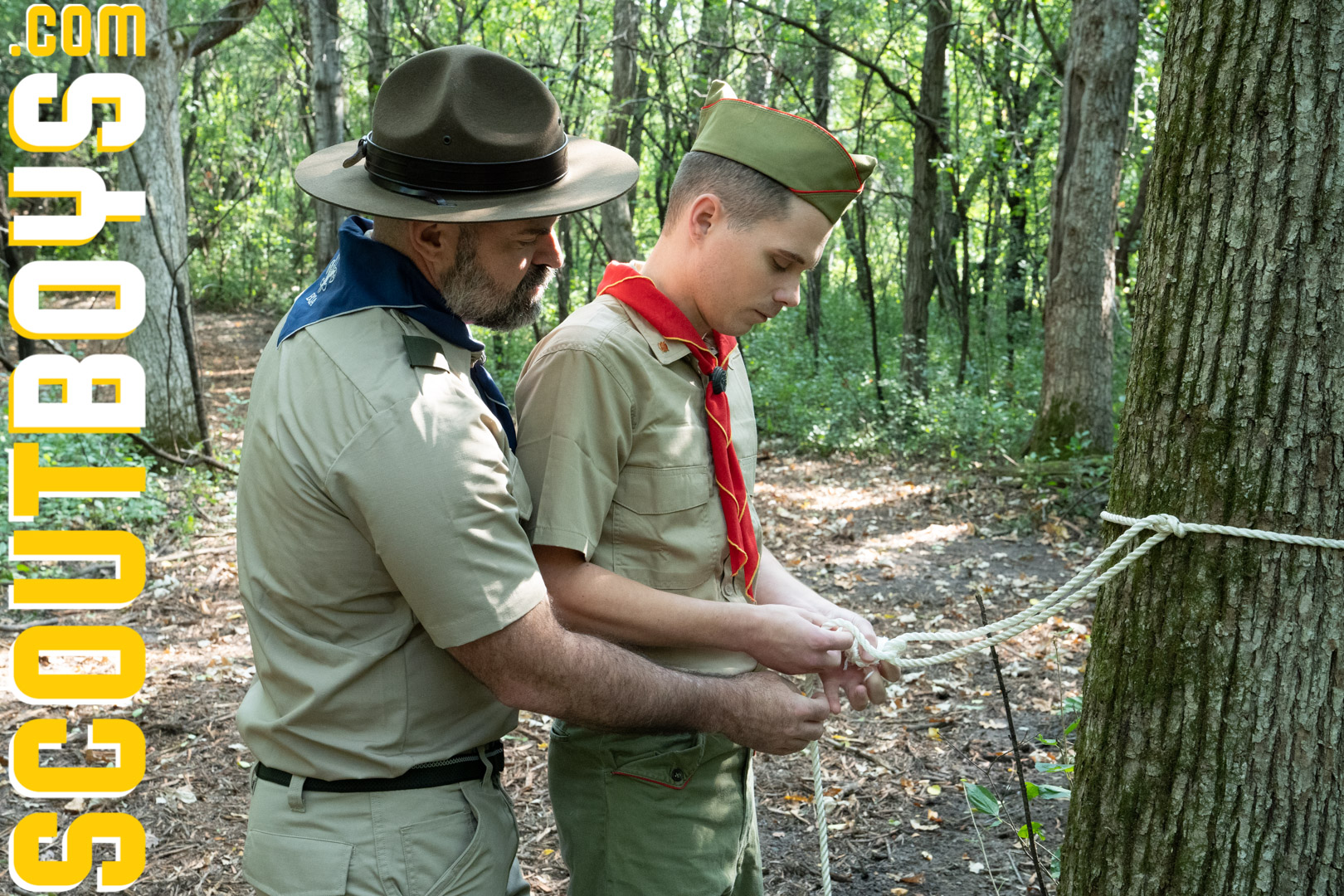