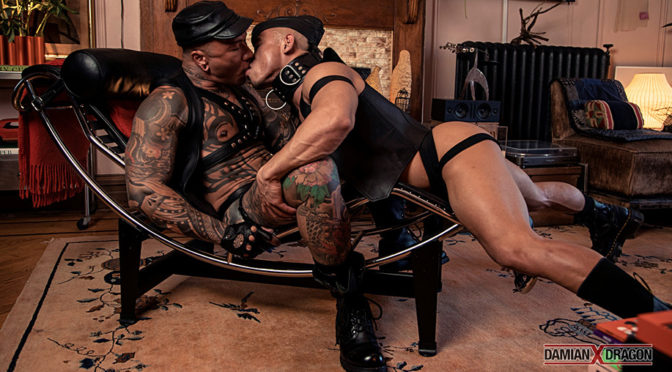 Check out Jason Luna and Damian in Leather Lovebirds. It was originally filmed for Frock The World. This film truly shows Damian’s Dom but passionate side that his captives long for. Jason and Damian gear up, and Damian starts warming him up with some deep passionate kissing before Damian collars him. Before long Jason is sucking Damian’s uncut cock. Once he’s gotten Damian good and hard, Damian bends him over and starts flogging and paddling his ass. Jason takes it like a champ. Once Jason has proven himself, Damian returns his devotion by satisfying his needs and driving his cock deep into his hole. 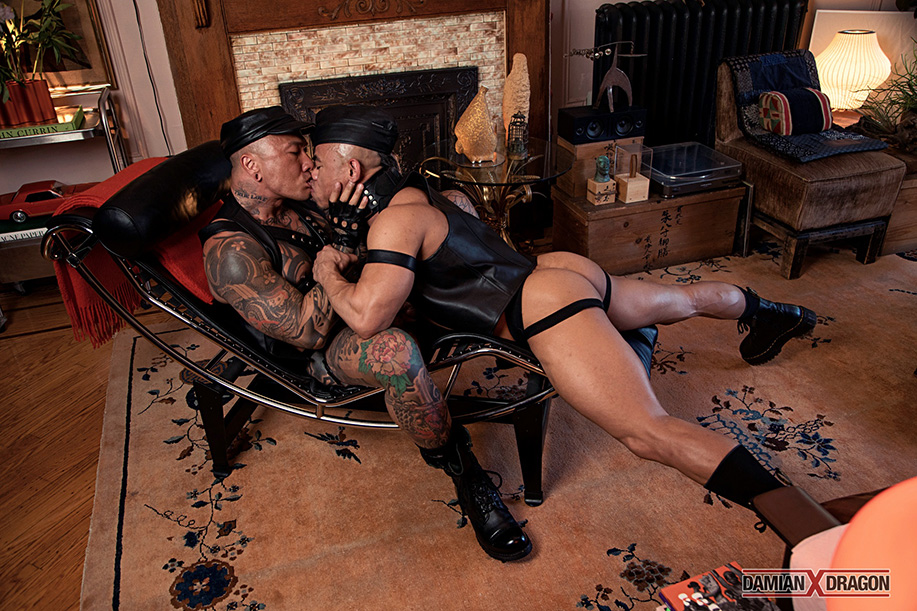 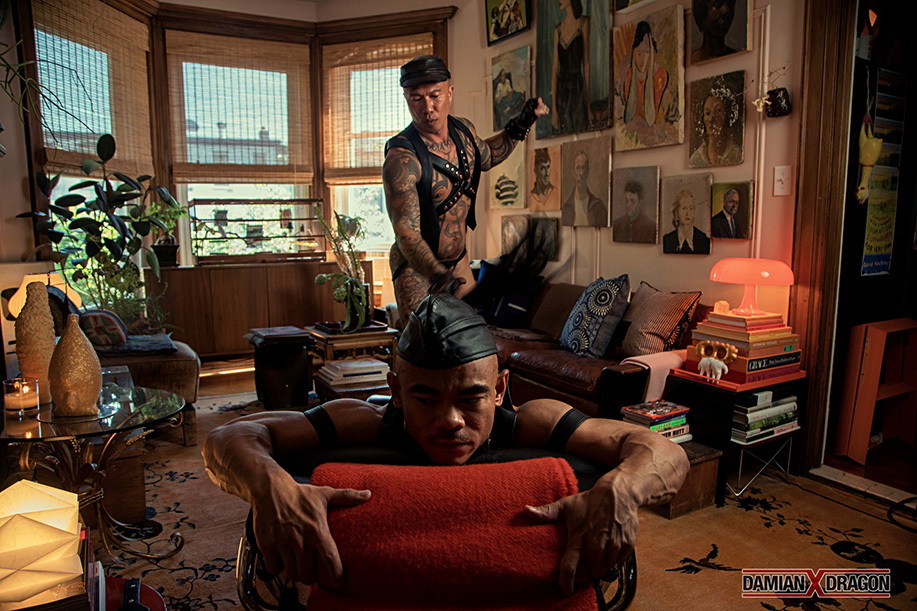 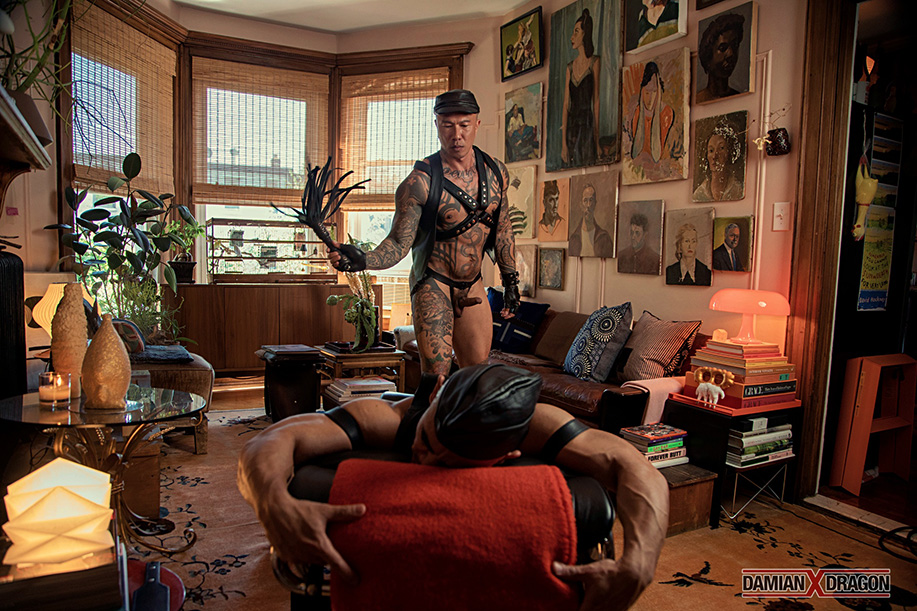 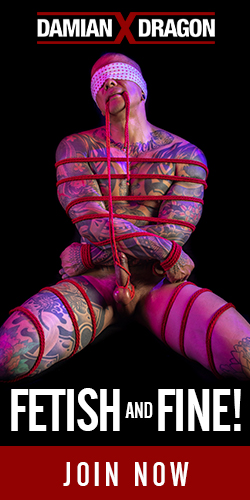 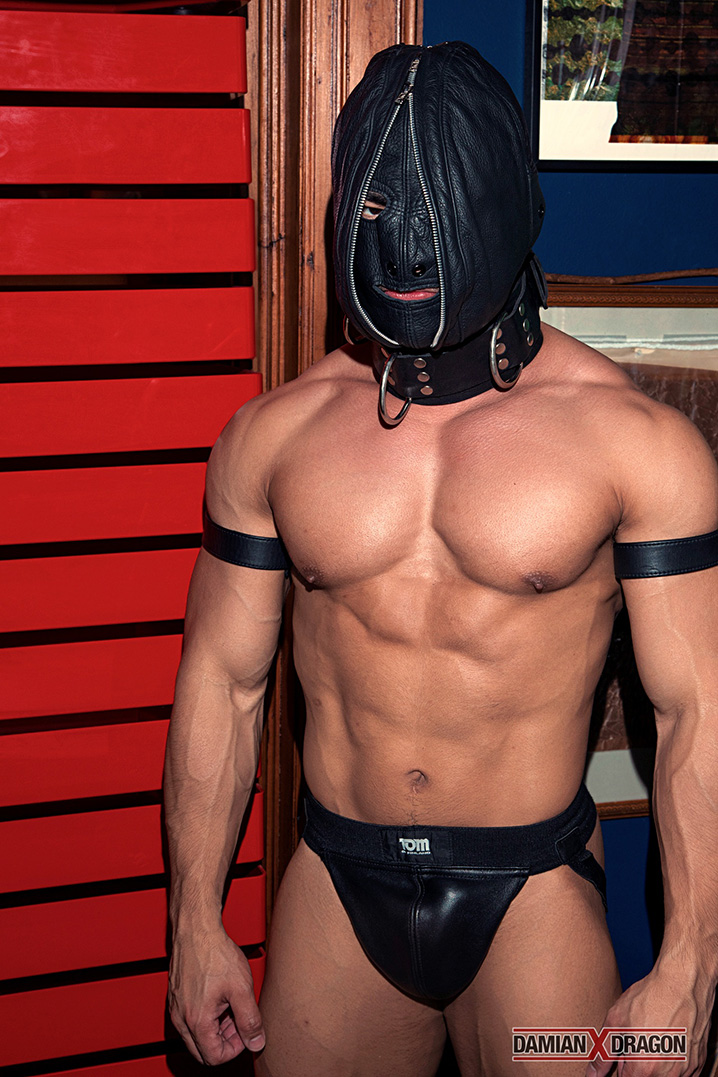