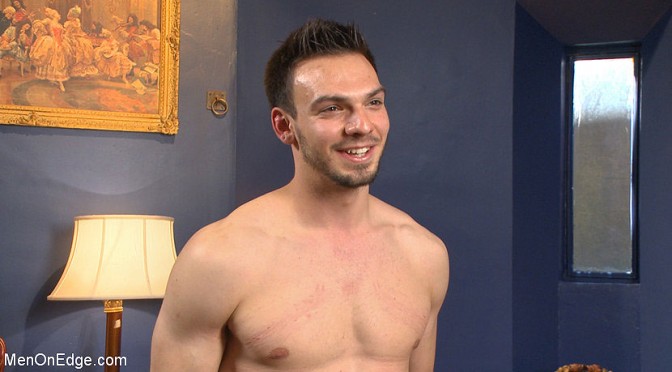 At Men On Edge. Jason Maddox is a hot, fit, stud who’s into rough sex but has never been tied up before. As soon as they get the ropes on him, his cock starts getting hard, so he must like it. They cut off his boxers, leaving only his huge balls exposed. His cock bounces from playing with them since it’s such a huge turn-on for him. While being edged Jason gets so frustrated he nearly rips himself off the wall. Bound fully nude laying down, they try some temperature play. With one cup of hot and one cup of cold water they suck his cock, and the back and forth from hot to cold drives him wild. They deny him again and again while milking his prostate just to hear him beg with a gag in his mouth. After finally letting this hot stud blow a load all over his abs it’s the apple-polishing that has him kicking and screaming in the end. 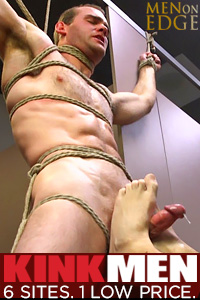 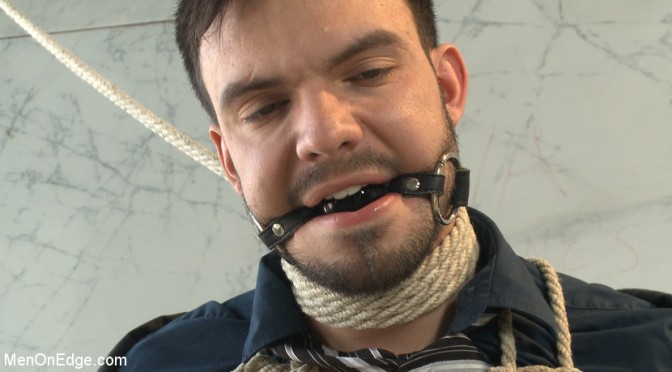 At Men On Edge, Jason Maddox is willing to do anything to prevent his cruising photos from going public See VIDEO of this shoot here