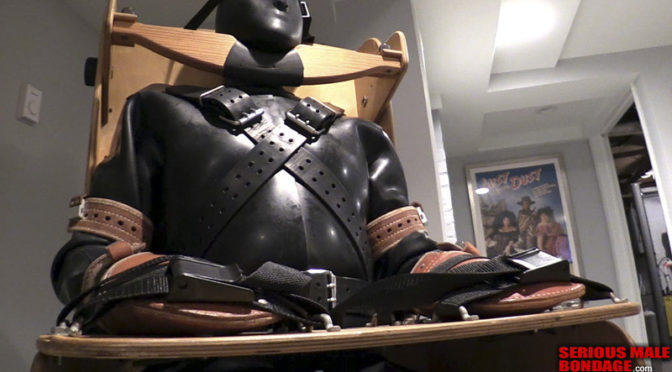 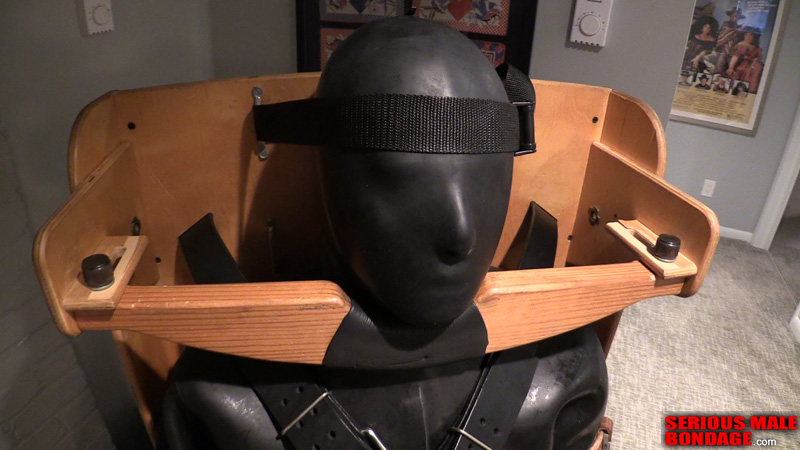 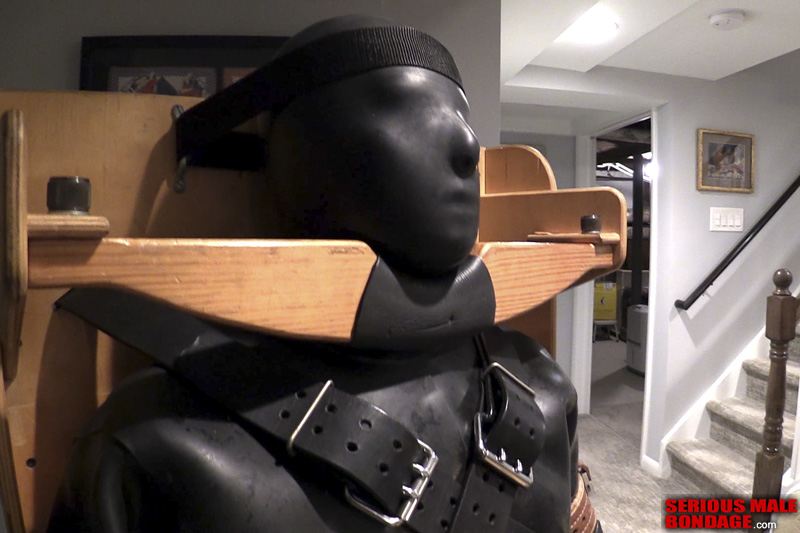 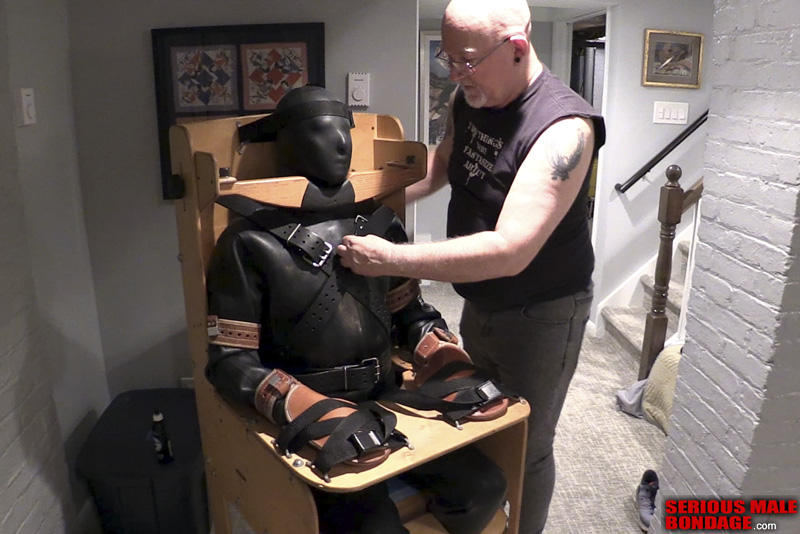 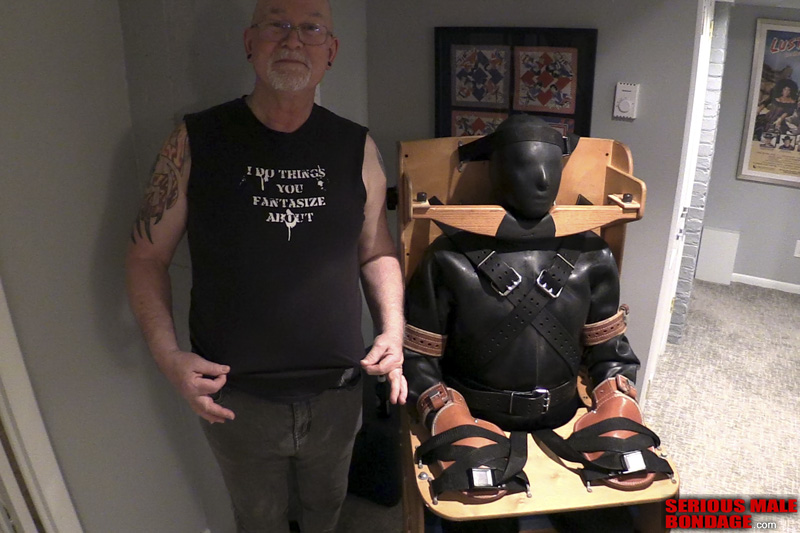 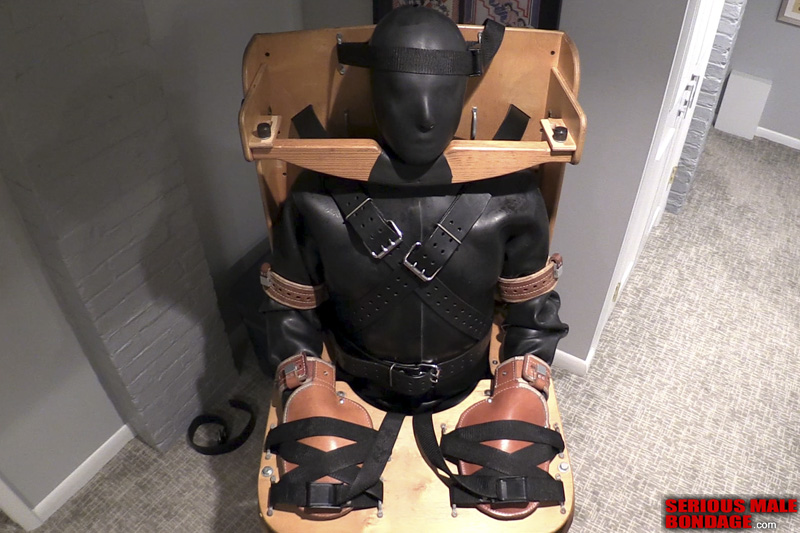 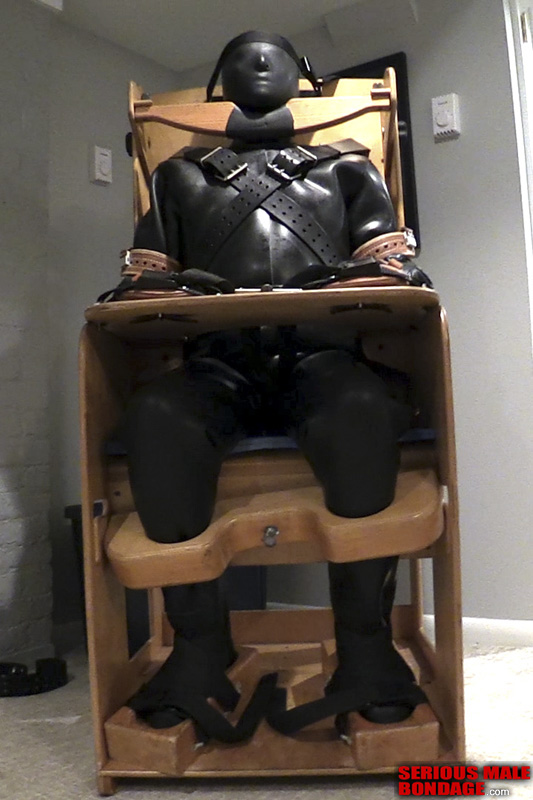 Through a special arrangement, a large selection of DVDs directed by Bob Wingate of Bound and Gagged Magazine / The Outbound Press, are still available, from Stationhouse Videos. The scenes above are from “Masters & Slaves 1 — Opposite Attractions” with Jason Branch and Steve Ross.

What’s great about the Stationhouse collection of these videos, is that they now have full descriptions of these movies online, plus the DVDs now come with added outtakes, previews and picture galleries. Check them out. If you are into good rope work and hot military studs, you might be interested in “Force Recon,” a film by Gary “Chip” Weichelt starring a bunch of handsome young men with nice bodies who find themselves in bondage peril. The cast includes Staff Sergeant Knight, Private Davis, Corporal Saddler and “Cutter.” There is an overly complicated plot involving military intelligence, a computer chip, double-crossing and men who may or may not be telling the truth.  The whole matter gets a bit confusing.  But what can be so wrong with a plot that causes lots of guys to get tied up and left to struggle? There are plenty of hunky military men in camouflage fatigues and boots — “a platoon of raw recruits,” as they are described early in the DVD — carrying big guns through the woods.  But there are bad guys stalking them, and one by one the members of the platoon all find themselves in strict bondage.

The first guy to be overpowered gets handcuffed, then put in a white mesh net sealed with plastic zip ties.  Next, another guy gets roped standing spread eagle against a tree.  Another finds himself knocked out, gagged with cloth, and then tied securely in a challenging hogtie.  Soon four others get overpowered with guns, bound with zip ties and later tied up in various ways.  One of them gets tied on his back with his legs up against a tree. Another is tied shirtless in a very severe stakeout on his back.  Yet another shirtless guy is tied to a tree.  They are all tortured for information about that missing chip. (Get it? They are looking for a chip, and Chip is also the name of the director.)

Later in the DVD, another shirtless guy gets strung up against a tree, then beaten and tortured.  It’s the most realistic part of the movie. He’s got a bloody nose, and the look on the guy’s face shows real fear.  Another intense part of the action centers around the staked out guy, the leader of the recruits, who is menaced with a knife and later cut with the blade. Yes, these guys play rough.

Included on this DVD are outtakes and bloopers, which were apparently not included in the original release on videotape. Some viewers, however, might find that this additional footage ruins part of the fantasy.  (Who needs to see them actually make the sausage?)  One thing is clear from watching the outtakes: directing a movie like this with so many characters and scenarios is a lot harder than it looks.  It was quite an ambitious project.

There are a few apparent technical glitches in the movie.  At the moment that many of the victims are taken, the sound cuts out and the action is shown in slow motion. Another minor complaint is that some of the punches have a “pro wrestling” quality to them, and you can tell pretty clearly that they are fake.

This DVD contains no sex or nudity, so if that is what you are after look elsewhere. But if you want to see a bunch of hot guys taken by force and tied up, you absolutely must get “Force Recon.” There is lots of gagging, great verbal abuse and simulated torture that gets intense in parts.  Best of all, the prisoners are expertly and creatively tied.  The captor who does the tying really knows his stuff. He ties a great rope hogtie, quickly and efficiently. And the ropes look great going over such muscular arms and bodies.