The wait was over!

As a dedicated switch he loved meeting with friends for a few hours; switching roles between top and bottom. Restraining his friends and taunting them with clamps, peg, electrodes; the many and varied toys he had gathered over the last few years. All the while knowing that the boi in his hands would soon be dealing out to him something very similar. It might be the sting of the cane as he was strung up tight to the ceiling or the tap tap tap of the crop on his thigh as he sat, tightly held in his bondage chair.

But soon it would be over. He rarely found a top with the time or the inclination to just restrain him for a long pure session of pure bondage. Imobilised. Zipped and strapped into his sleepsack. Spread-eagled on the bed with leather restraints, chains and padlocks. Securely held in Segufix – perhaps his greatest pleasure. Such tops are either few and far between or expensive!

He laid out the thick leather sleepsack and threaded the straps through the steel D rings on the sides. As he bent over he felt a sharp sting in his butt as Tony playfully slapped him with the thick rubber paddle. He grinned and yelped. The bruises from the paddling earlier had made him very sensitive in that area.

Turning he held out his arms and watched as Tony wrapped both wrists in thick black leather restraints. Pulling the straps tight through the buckles and threading them though the retaining strop and then push a buckle hole onto the steel locking post on each one. Small brass padlocks were threaded through and he heard that wonderful noise – the click of the locking padlock!

He pulled a hood over his head. A think padded leather isolation hood with a plain front that showed a leather nose with two small grommet holes and a larger steel grommet over the mouth. Ideal for a long duration it was comfortable and had ample air flow but was a total blackout and thick enough to restraint the noises of the house. About the only sound that got through was the regular dong of the old Long case clock downstairs. Once when he had used the hood on holiday in a cottage by the sea in Wales and he had heard the squawking call of the sea gulls though it; they had been the backdrop to that days pleasure as he had lain zipped into his sleepsack with the zips cafefully placed to be ready to open from the inside; the gulls calling outside his window and taunting him as they flew around free in the air. It had been his inspiration for tonight. He had planned it as he lay tight in his leather cocoon.

Tony tightened the lacing on the hood. Tight enough to pull in the padded hood to his face but not too tight for the steel loops on the back to become a serious irritant later in the bondage. He felt the zip pull the back together as Tony slowly pulled it down. It was another favorite sound and feeling to him – a zip closing him in…

Tony looped the end of the zip pull over the locking post on the collar and followed it with the leather closing the collar, then locked it all with another small padlock. In the hood he felt the click more than heard it and new that he was locked in. Hopefully Tony would leave the key on the bedside table where it lay now. Hopefully.

Then he felt Tony move his right wrist and heard / felt another padlock close he new a steel D ring on a piece of thick nylon webbing had been attached. He felt the webbing touch the small of his back and heard / felt another padlock attach the other end to his right wrist. Hopefully this one was with the new key to his bondage life – the digital timer padlock. It could be set from 1 minute to 100 hours according to the instructions. Actually 99 hours and 59 seconds but who was going to query the one second.

Tony moved him over to the bed and pushed him down to sit on the edge then lifted his feet and swung him round. He could feel the sleepsack and slipped both feet into their home at the bottom. Then he wriggled down with his arms by his sides and felt the nylon strap against his back. His first thought for this had been a chain then he had realized that he would be lying on it for hours and a chain would be a serous problem, he suffered occasionally from a bad back and took great care to avoid getting spasms or muscle problems.

The strap was fine. Just the right length as his arms could lie tight to his sides without moving.

He heard Tony’s voice, slightly muffled by the hood ‘OK? You want to do this?’

‘Mmmmm’ was his response – not really able to talk as the hood held his mouth closed firmly. To make it more clear he nodded.

He lay back, feeling his heart pound and the blood roaring in his veins. This was always a really emotional, sexy moment and his cock was straining up like a flagpole!

Tony tidied up the top of the sack getting the collar to fit and then moved to the bottom. He slowly pulled the big reinforced zip up. It was always tight round the calves of his friend – mostly muscle but a little too much fat – then ran more freely up towards the standing pole of his throbbing cock. He picked up the crop and flicked it onto the cock repeatedly getting yelps from the man in the hood and then held it down with his hand and pulled the zip over.

He felt the man wriggle further as he slowly ran the zip up over the chest and to the neck. He then pressed the fastener on the leather fob onto the inside of the collar and closed it over, pressing home the studs that completed the job neatly.

Returning to the bottom he then pulled the two other zip handles up to a point over his friends stomach. Both fasteners had a cord attached to the fastener and he fed these though the small gap pushing them with his finger so they were inside.

Nearly finished – he went back up the leather cocoon, buckling up the straps that crossed at regular intervals round calves, thighs, groin / fingers, stomach and lower arms and the top one round the chest. Not too tight as they were going to be strapped up for hours; but tight enough to add to the feeling of restraint!

Only he new how many hours that they would remain closed before a hand reaching out from inside the sack could loosen them as he had just programmed the timer on the wrist padlock.

Then he checked that his friend in the leather package could breath and was happy, the groans and bucking of the groin area confirmed this.

He turned off the lights and went downstairs to change back onto his bike leathers for the ride home through the late evening.

As he climbed into bed an hour later he could imagine the scene the following morning.

The old clock slowly striking 9 in the downstairs room. The sound echoed up the stairs and into the bedroom.

The man in the sack heard this; the twelfth time it had struck, as he lay only able to wriggle and breathe in the smell of leather.

As he had many times that night he wriggled; feeling the wrist restraints hold his arms by his sides; feeling the restraint of the collar that kept his hooded head looking up and hardly able to turn; feeling the leather skin tight on his shoulders and the firm grip of the straps.

He also felt the leather of the sack itself gripping him – he had not been too hot but the situation had made him sweat a bit.

How long had Tony set on the timer? He had never been restrained for more than twelve hours and was starting to feel a little stiff.

He wriggled again a little while later, really starting to worry. If he had bet on a time for Tony to set it would have been 12 hours. He had really been expecting 12 hours. How much longer had he gone for? 13,18?

Oh Fuck. Had the padlock failed?

Then he relaxed, if it had failed then he knew he would find out as Tony would be back – not having had the release phone call.

It would be an angry Tony as he had plans with his family that day but come he would.

He so wanted to hear the click as the padlock released. To be able to move his right wrist as the steel cable loop came free from the wrist restraint locking post. To be able to reach up and pull back the zips by their cables and reach out to loosen the straps and the collar.

To climb out and stretch his muscles before finding the key to release his head from its padded leather prison.

He so much wanted to call Tony and thank him – then telling him what a bastard he had been for adding the extra time.

He so wanted to do this but his wrists were firmly held by his sides; the thick leather of the restraint locked around each arm and the strong strap behind his back holding them down…. 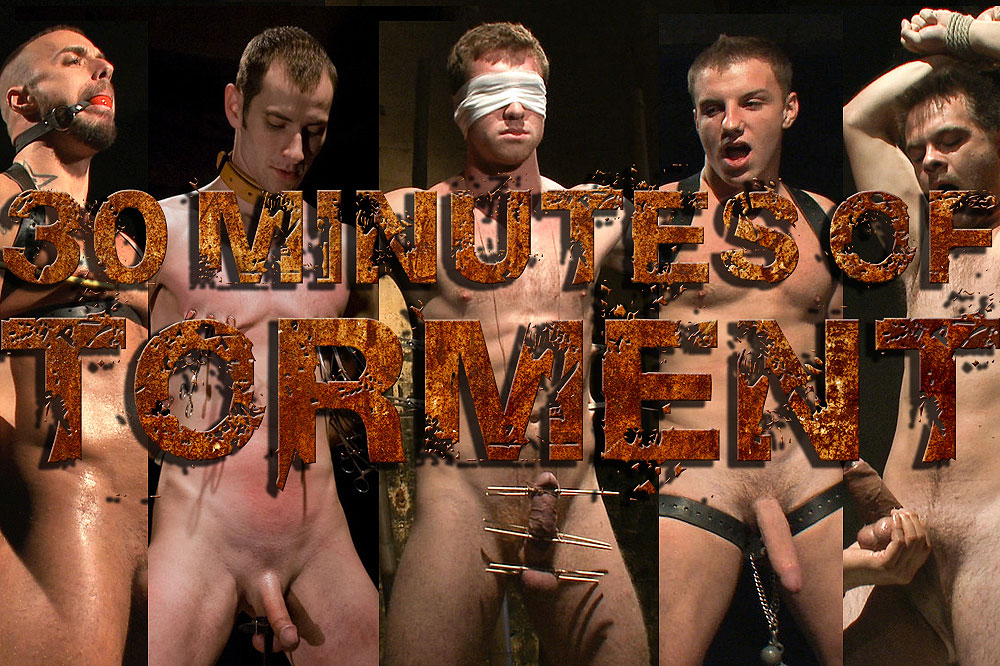 3 thoughts on “The Wait”