Actually, it was like, two rooms, one for the workie and one for the shopper. On the shopper’s side of the room there were two or three nice comfy chairs and a nice wooden table, with something that looked like a big notebook or catalogue that was open on the top. Then there was a polished wooden barrier, about three feet high. Then there was a space. Then there was another kind of barrier. This one went from floor to ceiling and was made out of steel fencing. Yeah, the kind of thing they make fences out of. After that, you were in the workie’s room. Where I was. I don’t need to tell you that there wasn’t any furniture on my side of the room, unless you count the two cams hanging from the ceiling. The lack of furniture made it easier for me to pace up and down, waiting for someone—Mike!–to come through the door on the other side.

By the time he did, I was completely revved up. And he was looking his best. I always liked him in those long, loose sweaters. The drapery showed whatever muscles he had. Surprisingly, his new slacks were perfect. Despite my not picking them out for him.

He took a step backward, like he was surprised by what he saw. Which he should have been! A lot had happened to me in the past 48 hours. Then he came back to normal. He selected a chair, moved it a few inches closer to the barrier, and sat down in it. I’d seen him do that a thousand times. He was always fussy about the way he sat. “On time?” he smiled. “I’m not sure what you mean.”

“It’s 48 hours since I checked in here. So the bet is over—I survived! Survived–happily! And I didn’t even try to get out!”

“Of course not,” he said. “They wouldn’t have let you out. You signed up to be a workie. You’re a workie now.   By the way, you look pretty good with that new haircut.”

“Mike! Stop joking! Enough is enough. Take me out of here!”

He picked up the book or the catalogue or whatever it was on the table—and he started leafing through it.

“Hold on — I’m reading about you. You’re item number C-15. Fairly good description. ‘Healthy 20-something. Field hand, lawn boy—your choice! Also: some business experience—trainable as house servant! The perfect combination! More to follow—pictures too!’ You shouldn’t have much trouble finding a buyer.”

“Someone. Mr. Someone. That’s right. He talked to him, because you had this determination to become a workie. Feelings of inadequacy, inability to make it on your own, unwillingness to impose yourself on me any longer, after all the help I’d given you . . . . A normal self-commitment to the WORC program. It was scheduled, you showed up, you signed the papers. You are now a workie. Very simple. That’s the whole story. Isn’t it?”

His hand was already on the door. “Oh by the way,” he said. “I almost forgot. Jerry says, don’t worry–you’ll get your new outfit.”

The door closed. He was gone.

Metal would like to thank Joshua Ryan for sharing this story! It is being be serialized here with new parts every few days. 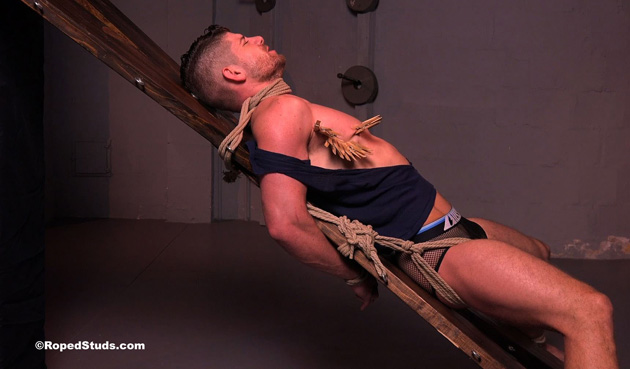