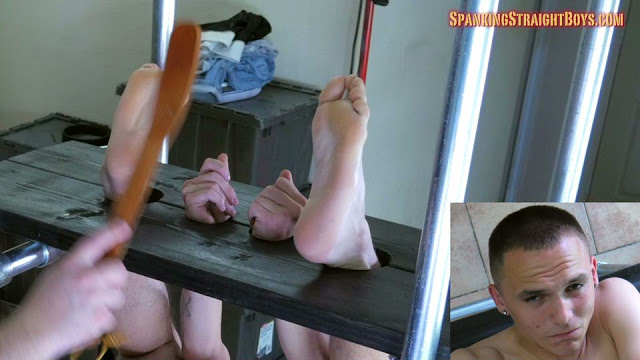 At Spanking Straight Boys, Trevor gets placed in the Tower, or the Spanking Tower, which puts him in a very vulnerable, humiliating position with his butt fully exposed in a great spanking position. When he showed up for this shoot, Trevor was instantly afraid of the tower. It is tall, heavy and imposing. Looking at it, Trevor didn’t want to believe that it was going to put him in the position it would. He struggled to see some other use for the holes that are clearly meant only for his hands and feet. Within a few minutes Tom locked Trevor in the tower, removing all doubts as to how it would be used. Tom spanks Trevor with his hand, a leather slapper, ping pong paddle, hairbrush, wooden spoon, belt and cane. Through it all, Trevor moans, whines and cries out. In fact, he makes so much noise that Tom puts a ball gag in his mouth to quiet him down some. In Trevor’s defense, a spanking in this position really hurts. Something about the butt and legs being stretched so tightly intensifies the pain. At the end of this video, Tom releases Trevor. Trevor can barely stand up. His butt is red and marked, and he appears exhausted. He hadn’t anticipated anything like the tower. 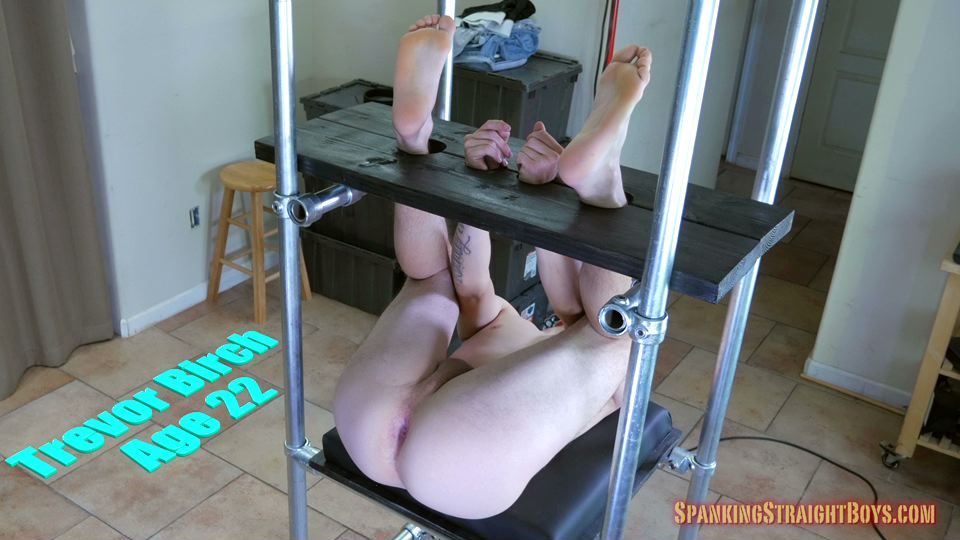 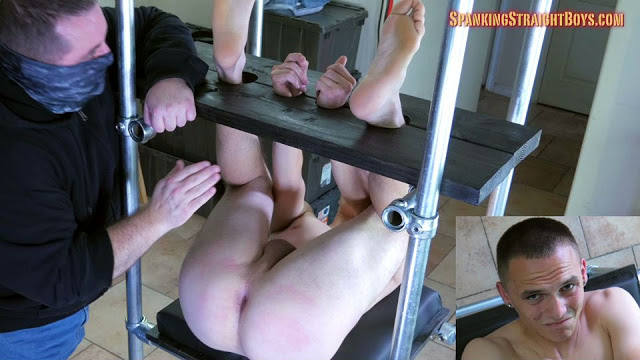 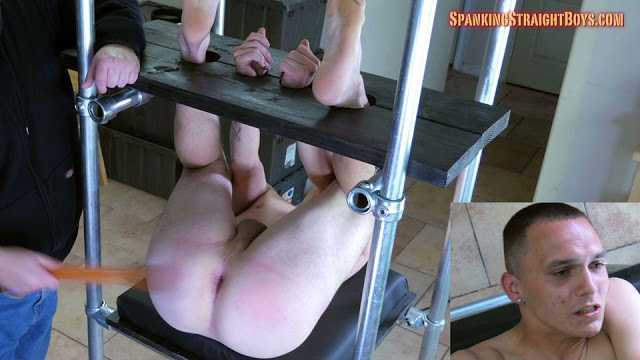 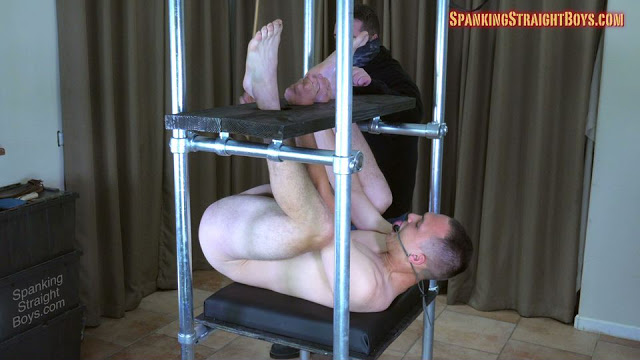 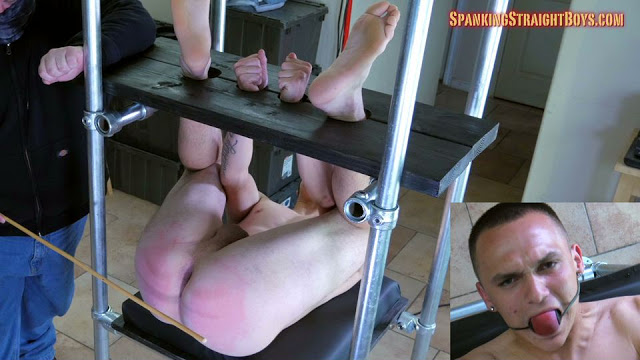 Title of this episode: Trevor in the Tower 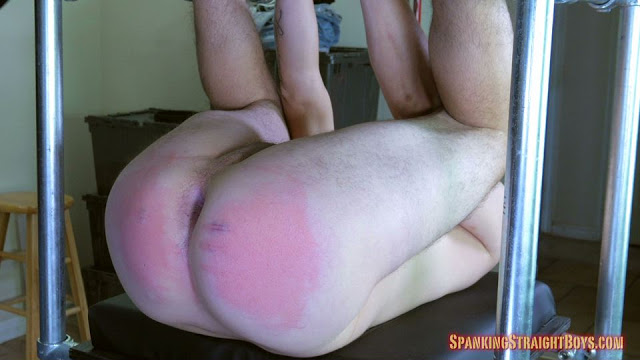