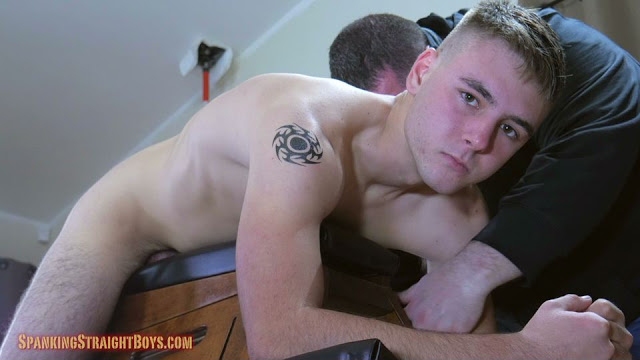 Here’s another one from the men of Spanking Straight Boys. For this shoot, Parker managed to show up 25 late. Tom straps him to the spanking bench and spanks him by hand and with a rubber slapper/paddle, wooden spoon, electric paddle, hairbrush and a new cane/birch implement. The first few whacks which Tom refers to as the “reminder,” instantly redden Parker’s butt, ensuring that he really feels the entirety of the session that follows. Parker’s eyes well up and he struggles, but, with the exception of a single smart-aleck remark (a remark that he pays for), he remains obedient. Parker assures Tom he won’t be late again, but that’s what they all say immediately after they are punished. 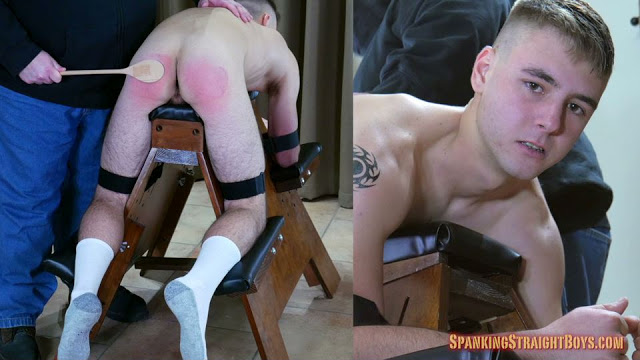 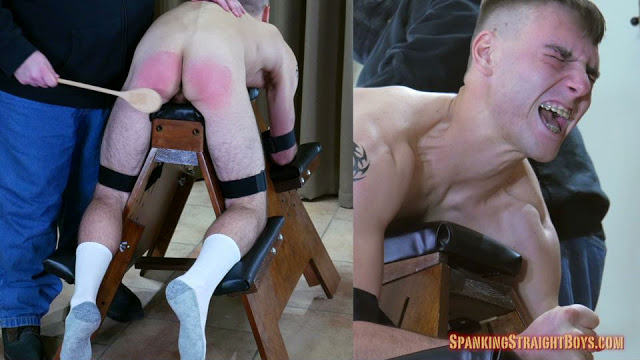 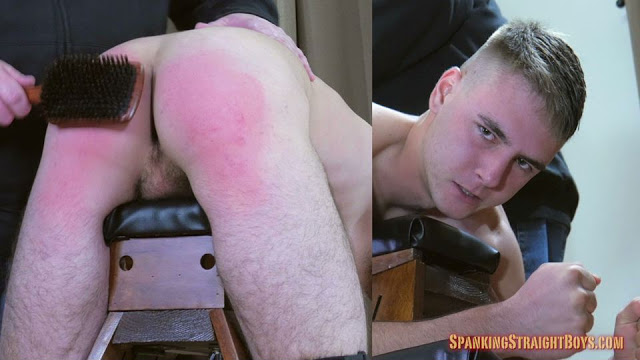 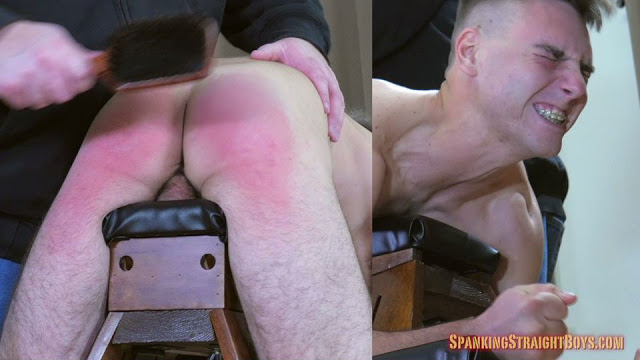 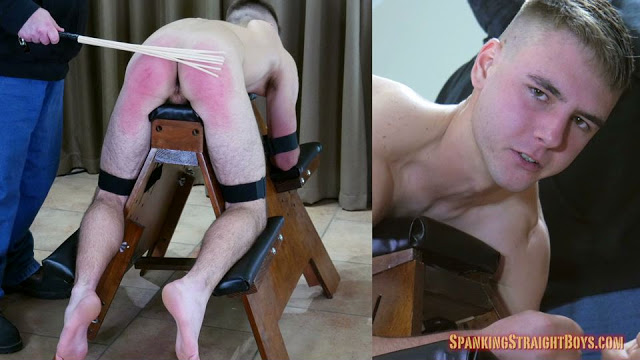 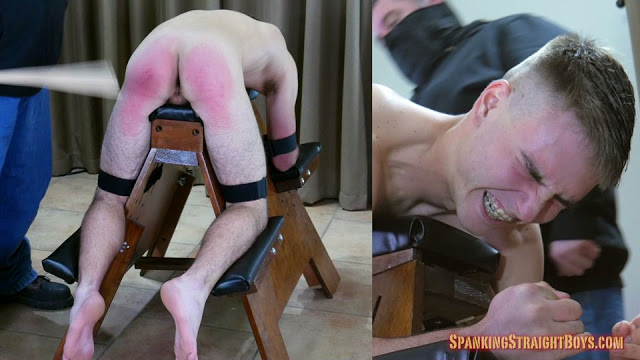 Title of this episode: Parker On The Bench 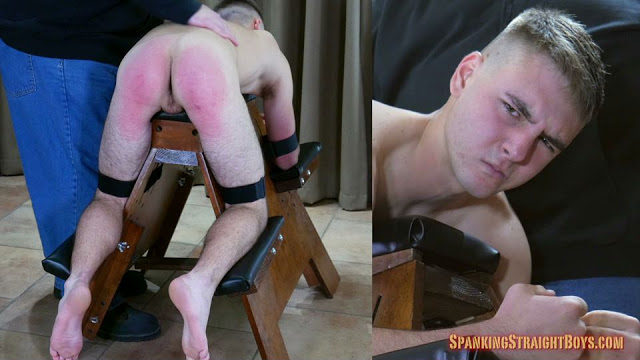