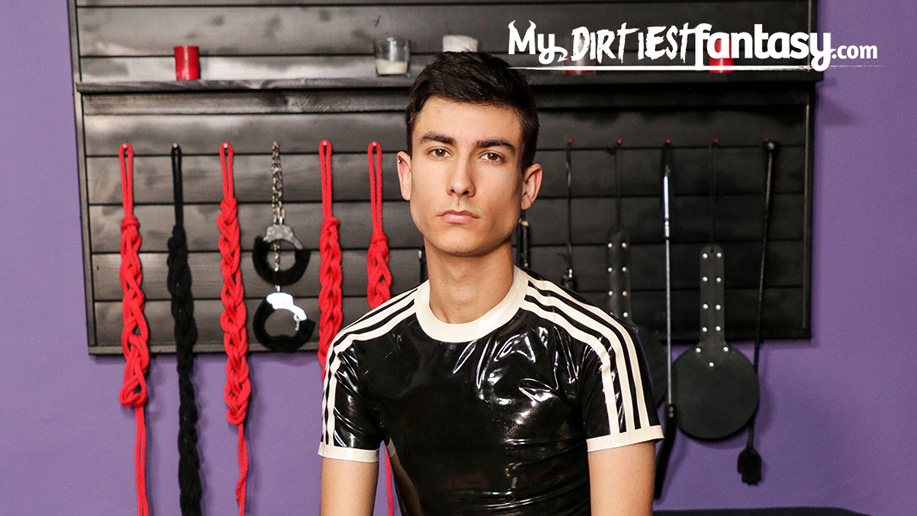 With Tannor gagged and wearing a mask, he’s pushed into Pierre’s domain, made to be on the bench with his ass on display for Pierre to whip, and have easy access. Without doubt these are two dirty but innocent-looking studs! After a bit of whipping Pierre unzips the prisoner’s ass and starts licking his balls whilst fingering his hole, preparing the captive for what’s to come! Pierre knows just where he wants this to go, and after removing his rubber shirt, he has his partner worship his cock, until Pierre whips it out and has the captive sucking him off. It’s not long now before Pierre is enjoying his sweet hole. 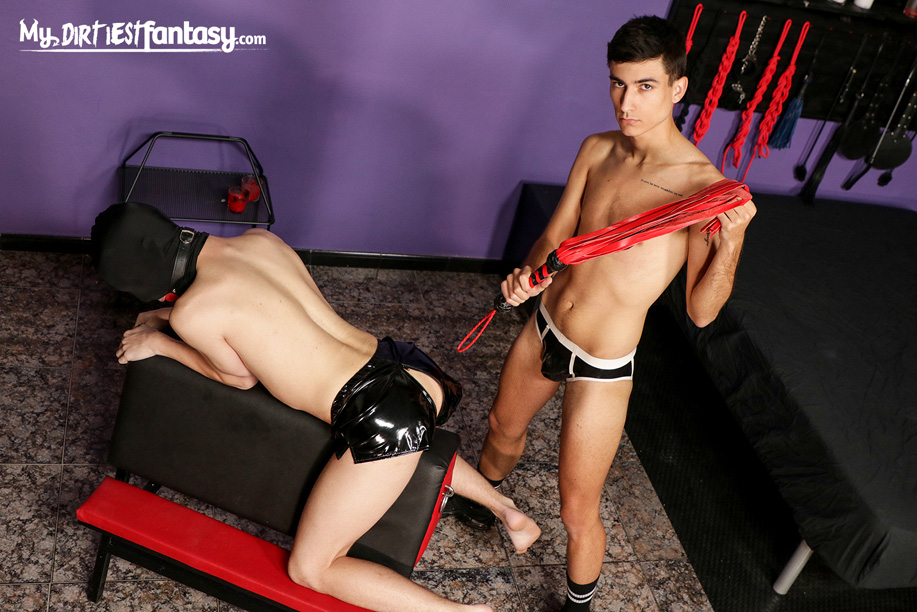 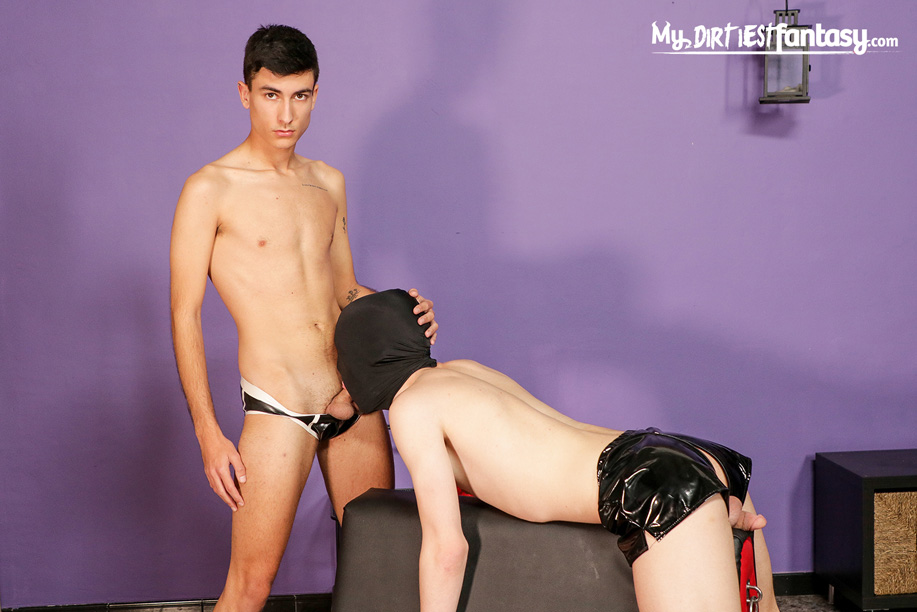