This was a special day for James, who had, within the first day, accumulated complete sexual abstinence and 10 lashes of the flogger every day, for two weeks. All that because he could not recite the rules he was to obey.

Today marked the end of this punishment.

James woke up more quickly than before. After all, at least he would be allowed to touch himself again, and maybe even get stuff up the ass!

As Arnold, his handler approached him at the start of his day, he knelt and looked up, a smidge more energy in his eyes.

However, as if omniscient, Arnold shot down his overeager slave.

“Don’t get too happy. I said no pleasure sessions for two weeks, didn’t say anything about letting you have pleasure by the end of your punishment.

James looked down, saddened and fearful.

“Oh, so you expected a reward?”

Arnold slapped the slave in the face, who fell backwards onto his ass.

“After a punishment, life goes back to normal. You don’t get rewarded for being bad, and for not realising that you’re getting punished. AGAIN.”

James scrambled to his knees, but instead got a boot firmly planted on his chest, a swift push from which sent him onto the mattress once again.

“Your punishment is 10 lashes daily and you’re not allowed to speak words other than from 7 to 9 pm for a week. You get any of that wrong and I double that time. Wrong again and no pleasure for another two weeks.”

Arnold stepped outside a brief moment. James knelt with a sadness he had never felt before. The slam into the mattress was a blade in his heart – run through and thoroughly shattered. He knew Arnold was right about everything – him not getting any pleasure was because he did not deserve it – but the truth is hard to swallow.

Arnold returned with a urinal gag and a dental gag in one hand, and a bag containing two bottles – a protein shake and some water – from which James will drink as his routine in the other.

First, the dental gag was fastened, and James’ teeth were brushed for him – Arnold decided that unlocking the mitts and allowing James this freedom on that day was undeserved.

Then, the urinal gag took its place while Arnold poured the shake and the bottle of water into James’ mouth. When the shake was too thick to wash down through the gag, the water would give a helping hand. James was commanded to lick up what he could not suck up.

Before being led to the track where he would have his morning workout as he did before, he was blindfolded and gagged as per usual. He would come to learn that his fist mitts would be switched out everyday.

Everything was as usual.

The periods of 7 to 9 pm went by in mostly silence and nervous heart racing. At the end of each of these “handler sessions,” Arnold gets up, sometimes abruptly and pushing away James coldly, and leaves the cell regardless of what he had been doing, showing zero affection to the slave looking longingly at his leaving handler.

When the cell is thrown into complete darkness for bedtime, James sometimes thinks of his “previous life,” his life where he would turn up to work in a Porsche, wearing a chic designer suit. The life that saw no shortage of people throwing themselves at him, for one reason or another.

Now, he lives a life where he tries everything in his (diminutive and insignificant) power to get out of his chastity cage, for the chance to have an erection, or just a chance to touch himself with his own fingers and not through a layer of leather without facing repercussions.

He has no power over even his hair, all of which has become quite long and scruffy. (He confirmed with Arnold that he did not choose when or how his hair would be trimmed, and there is no going back to having a clean, beardless chin.)

Does he regret coming to this facility, and paying a fortune for it?

I am sure someone who reads this have or have had these sentiments.

Bless all of you who do. Must be a touch difficult at times, being a living contradiction as such.

For the 21st time this year, James lies on his square mattress in a spread eagle position – the most comfortable sleeping position he will ever find without head support and the use of his hands – and concludes on one thing:

He wanted it harde-

Okay, maybe not harder. Go any harder and his mind might break.

Right, so … how about if he got more of this but at the same intensity? 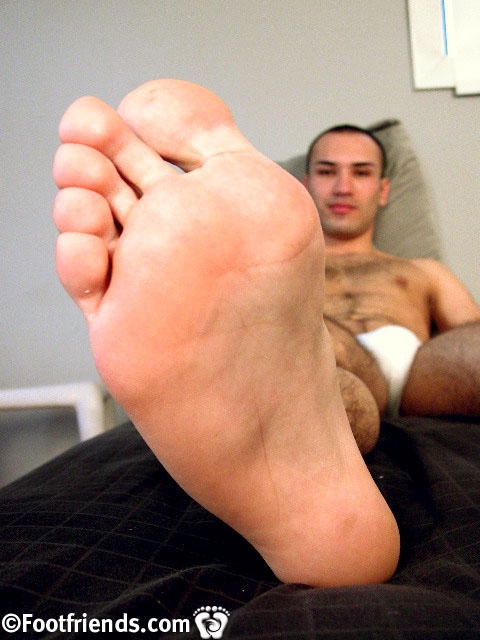