Day 30, as Russell said, was James’ checkup, the first of many to come in 30-day intervals.

To James’ surprise and joy, it was Russell who stepped into his cell when he awoke. Before carrying on with the regular proceedings, they exchanged smiles.

Once James was cleaned up, he expected the fist mitts to come back on, but they did not. Instead, he was fed a shot glass of water and a small pill before a bed on wheels with side rails was wheeled to the cell door. It was able to tilt up slightly at the halfway point to turn into a recliner. At the moment, however, it was flat like a normal bed.

From a pouch, Russell produced the blindfold and ball gag he was all too familiar with, and James meekly accepted them. He was laid out more or less in a neutral, face up position, with each limb tightly bound to the side rails using institutional restraints. For added pain and immobilisation, each of his nipples had a strangely heavy clamp applied to it, and a rather tautly pulled chain connected it to the corresponding side rail.

“Finally a break from the training stuff. I’ll be able to relax a bit,” James thought to himself as he was wheeled across corridors.

He was stopped at a space that smelled like antiseptics. Here is where his wishful hypothesis would be tested.

“Hello, slave. I’m the doctor and I’ll be checking up on you every month. Get used to it, because you’re getting this same treatment every time.

“You will be in this position until your lunch tomorrow. That is you’ll stay tied up.”

James started panicking, and struggled. The nipple clamps, however, tugged on his tender skin and compelled him to stay still. Russell also played a large part by rubbing on his abs, and shushing him softly.

When he had calmed down, the doctor went about his work.

James’ weight was taken by an excessively complicated method: a scale on the floor weighed both the bed and James, and the doctor got the desired value by subtracting the weight of the bed from the measurement. The blood pressure was also taken in this position.

All that to keep him tied down.

Next, the bed’s wheels were locked, and the entire bed was tilted upright as far as it would go – an incline of 45 degrees. A stack of float board cutouts were placed between the railing and James’ feet as spacers, which simulated a neutral standing position, albeit with tightly restrained limbs.

A needle was inserted into James’ arm to take a sample of blood. After wrapping the entry point in a bandage, using Arnold’s trick of pushing rhythmically on the bladder, the doctor forced him to piss into a sample vial.

Now for the big moment.

James felt a strange but brief vibration at his cock, and with it he heard clicking sounds. Suddenly, there was a bout of relief and wetness on his cock head.

He was being unlocked!

The doctor’s had other ideas though. No, there were other (better) plans for him than letting him orgasm.

James’ cock dangled for a moment before it filled with blood and got hard.

He struggled and grunted in his bondage, but all was to no avail. All the pleasure he would have is the sensations of having his balls lightly squeezed while free from his cage, being thoroughly inspected.

The eye test was begrudgingly conducted after a series of electric shocks on the nipple clamps. The strange weight was because of the electrodes and batteries in the clamps, as he would come to learn, and that this was hardly extra.

No, this was all designed for him to suffer.

Once all was done, James’ bed was wheeled to a corner. A head harness muzzle with a blindfold would be locked to his face for the next 24 hours along with the chastity cage back on his cock, which stayed over his cock much, much longer.

He could not get soft. It hurt.

Lunch and dinner were dealt with bluntly – without much care for him, if at all. Nutrient shakes were delivered to his bedside, which he was ordered to drink. The part supporting the upper body was tilted upwards to help with swallowing, and back down he went once he finished.

By lights out, a thin blanket was drawn up to just under James’ chin, and draped over the guardrails in such a way that it floated over his body, offering no comfort or warmth past blocking his bare skin from the air conditioning. For added discomfort, the blanket was pulled taut and taped down to fix it in place such that James could not nudge it into a more comfortable position.

So, back to his wishful hypothesis. No. This was absolutely not a break, even if he had Russell’s encouragements.

Exhausted yet again, by equal doses of boredom and frustration, he fell asleep, for the first time in a long while, not spread eagled or being totally exposed. 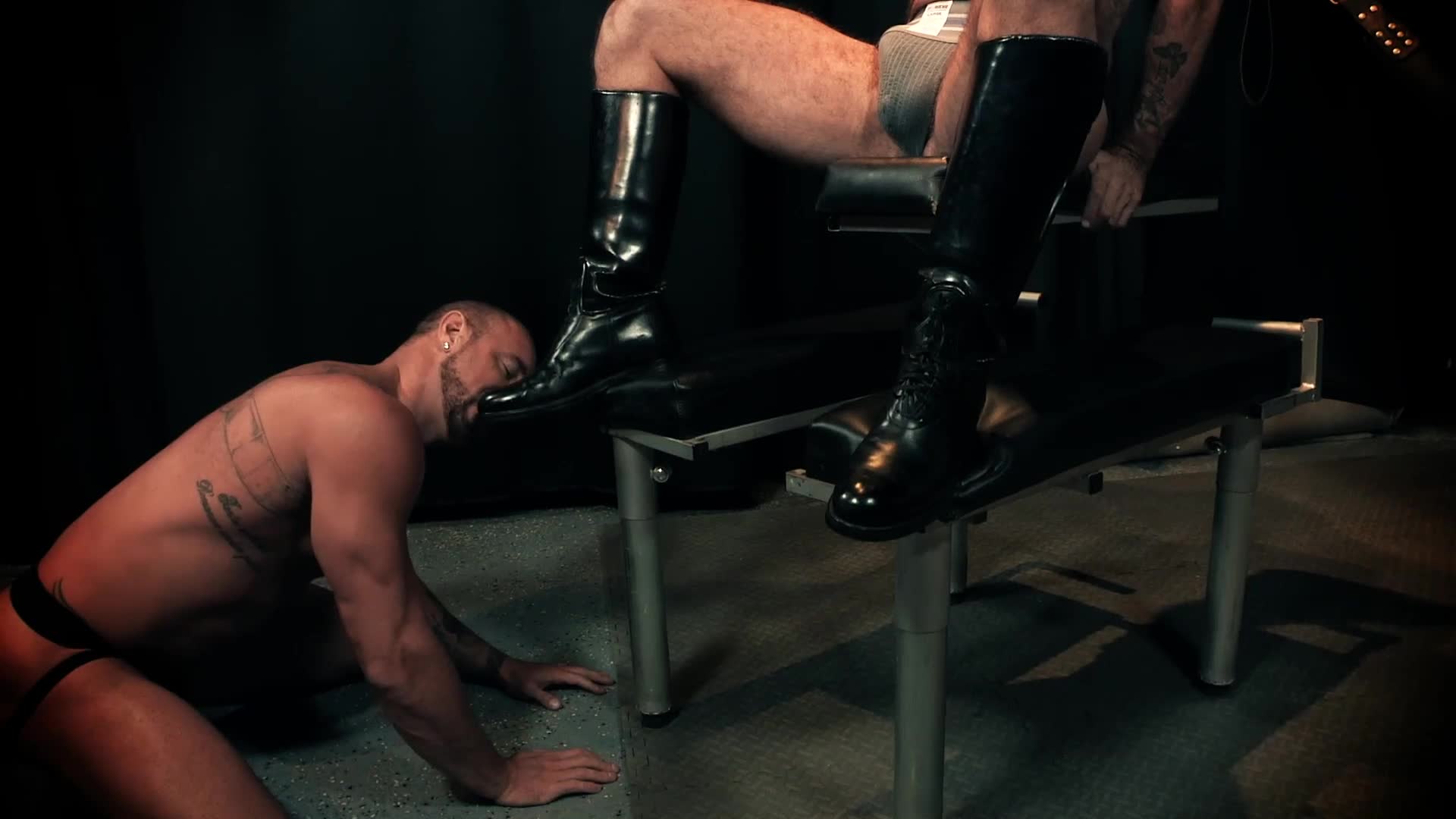