“I know, Master. If you’re looking for a place to live, come with me. I have a mansion I live alone in. It’s kind of sad, really.”

“What about after that? I can’t just rely on you.”

“I’ll think of something back at the company. Just wait for my good news.”

“No. This is for everything you’ve given me. Now let’s go home, Master.”

The talk barely took a minute. James had everything planned from the moment Russell entered the door to the director’s office.

As they exited, Director Daniel was waiting.

“Mr Dennis. Please go to the truck at the compound. We’ll be with you shortly.”

“We?” Russell was cautious, and gripped the leash tighter.

“Master. It’s gonna be alright,” James assured his Russell, with some insistence this time. “I’ll be there with you soon.”

Daniel and James stood in the corridor side by side, and waited until Russell was out of earshot.

The pair – a man in a suit with another who was naked with a leash around his neck – turned to a window and looked at the compound. Men were moving boxes from Russell’s quarters into a small van, while others gathered to witness the discharge of James, the prisoner who had been naked for a year.

Daniel turned to James after a sigh with his head slightly hung.

“Mr Leonard, I have a confession.

“Sorry for all the deception I have resorted to. I have hidden my face until now, even as we went into the planning phase for your year of stay, so that I could come forward and confirm your location while disguised as a courier for Turner.

“You tipped really quite a lot.”

James blinked twice as he recollected the moment – him in a gown, signing the package, the reasoning that the “courier” deserved the tip, because he had to travel so far to his place.

Yes, it was all coming back!

“I am also so sorry for my lack of insight. I hired Arnold thinking he’d be a great fit for us, but in the end he just abused you, and I’m sorry for the loss of precious time.

“When I heard that your handler had grown attached to you, I just had to confirm it, and I masqueraded as ‘Dan’, before I could confirm if the severance policy for him was suitable. I should have simply trusted my instincts, and not have used subterfuge in this way. Traditionally, I’d be the one handling discharge details, but this was to buy me time.

“Which naturally creates a need for a last apology. I…I secretly envied Mr Dennis, how he had you, and even though he went so far off script you were so much more content than you’d have been. I just had to try it out, what’s it like being with you.”

Slowly, James dissected and digested the confession. It was, to say the least, a lot of information.

Before long, however, he decided to fall back into his sub’s headspace. If Russell, his master who was always alert, allowed this to happen, then it was fine.

“I’m not sure if any of this hurt my experience in any way, but it’s all for the best, I’m sure, sir.”

“Here’s hoping. Thank you again for your massive investment, and if there is hopefully a next visit, bring your master along, and we’ll let you have a vacation in a cell for the gesture payment of a single dollar. It’s the least I could do.

“Go get your master. He’s worried sick by now.”

Nodding his head at Director Preston as a farewell gesture, James ran towards the elevator at the end of the corridor.

After a few minutes, the naked slave ran out into the open, his leash trailing behind him in the wind.

As Russell signaled for Turner’s men, James was carried into the same trailer he arrived in, and was bound in a spread eagle position. Using a cold bottle of water from the fridge in the trailer, Russell made it such that James’ cock shrunk just enough to lock on his chastity cage. James caught a glimpse of the Director, standing at the edge of the compound, waving him goodbye, before he was completely blocked out by Russell who planted a deep, deep kiss on his slave’s lips.

He deserved it. No, both of them deserved this.

Going back into the mansion, Russell ran to the master bedroom, where James was, hands and feet locked in irons, with a ball gag in his mouth. The timer lock showed a stoic, unfeeling countdown of 23 minutes and 12 seconds.

Feeling tender, Russell ungagged his slave, and caressed his face.

They had been through a lot. Lots of joy, crying, frustration. But he was home now, with someone that would never turn his back on him.

Russell eagerly unlocked and jumped into the passenger seat of James’ sapphire blue Porsche, the colour of which complimented the shimmering sea behind it.

The rumours were true. James had a truly beautiful Porsche.

Like a kid at a candy store, Russell allowed his eyes to explore the almost alien vehicle. He knew of sports cars, but he had never seen one so closely, let alone having the privilege of getting in one.

He reached his hand out to the dashboard in front of him, and instead of hard, textured plastic, a supple softness met his hand instead. He played with the door, pushing and pulling it gently with a single finger, so light was the door.

A silver and black striped material lined the interior as highlight trim, the name of which he could not remember. Reaching over the center console, he caressed the steering wheel – well-worn but grippy, surely a fantastic experience to grasp.

Other than leather, the names of the strange but fascinating materials – carbon fibre and alcantara – eluded Russell.

James appeared suddenly, and settled into his all too familiar driver’s seat.

Reaching over his right shoulder, Russell grabbed the seatbelt and clicked it in, pausing for a moment to contemplate why it was blue instead of black. Relaxing his body, he noticed that the seats hugged him tightly, not unlike how his slave would, who was dressed impeccably.

He felt out of place. Even his slave wore a proper suit, and drove in such a beautiful car. Meanwhile he was in a checkered shirt and the least torn of his darkly coloured jeans. Though James had assured him that this was adequate, he still felt awkward.

Nevertheless, James inserted the key and twisted it. The engine roared to life, and it shocked Russell somewhat.

Yet the engine purred smoothly at idle after the initial rush of revs, now sounding a tone that was calm but inspired excitement.

The blue Porsche pulled up to an office building, and Russell was led inside.

The halls and corridors were extravagant; curling sculptures of champagne gold and rosy quartz adorned the corners of each wall. Their meanings – if there was even one – were entirely lost on Russell.

Large decorative plants, dark patterned carpeting and wooden wall inlays offered a contrasting palette alongside the art installments and broke up the seeming miles and miles of white tiling.

Russell felt tiny, and choked, but in the presence of his slave, he could do anything. This, he had faith in.

Eventually, James led Russell to an office that took up the whole floor. Employees stood and watched as Russell was led into a conference room, packed with people from human resources.

“Remember what I said about giving you good news, Master?” James whispered, “Just wait and see.”

At this moment, Russell was handed an ID.   “Guest”, it said.

“It is with great pride that I propose to you an outreach programme – first in our field to do so.

“The proposal is that we extend our hiring to ex-convicts of our community.

“I believe that there is a great injustice when it comes to them. There are many companies that will claim to welcome these people, and yet treat these words as mere marketing tricks, when this affirmation could mean the world to these people.

“Look at this man,” James gestured at his master, “he is an ex-convict, but he is far from a monster people might have you believe. In fact, it was he who inspired me to plan out this programme while I was away.

“I don’t think we should care so much about what people have done in their pasts. What’s done is done, and they’ve learnt their lesson after being in prison. For all intents and purposes, they’re not the same anymore – they’re rehabilitated, changed for the better, no matter what wrongs they’ve done before.

“If not for the corporate image, I ask that you all accept this proposal for the sake of being good people, because they deserve better, much better than unemployment.

“Russell, could you help us interview these ones? Ron is out for a client and you’re the only one who’s free on Friday. I think you should be able to talk with these ones best, they’ve been in prison for some minor things and they’ve learnt their lesson, pleaded guilty sincerely too.”

Retreating to a corner, Russell dialled up James.

“Hey, slave, Yuri wants me to do the job interviews this Friday but we’ve got a session. Be a shame if we missed it.”

How did he feel?

Russell looked out at the bustling office he now worked for. People who valued him as he did them. A work ID bearing his face and name – “Russell Anne Dennis” around his neck. Good money in his bank account, from investments James taught him how to do. No more snide glances.

He looked at the office that belonged to the CEO, James Leonard, the one who gave him this chance at a new life.

When they got home, he would give him a big, big kiss, and play with him like a dog.

For giving him a second chance at life, James definitely deserves some belly rubs and a few hours of cuddling. Perhaps a minute of being tightly bound while free from chastity too?

Oh, but of course, all the sweet buns in the world. 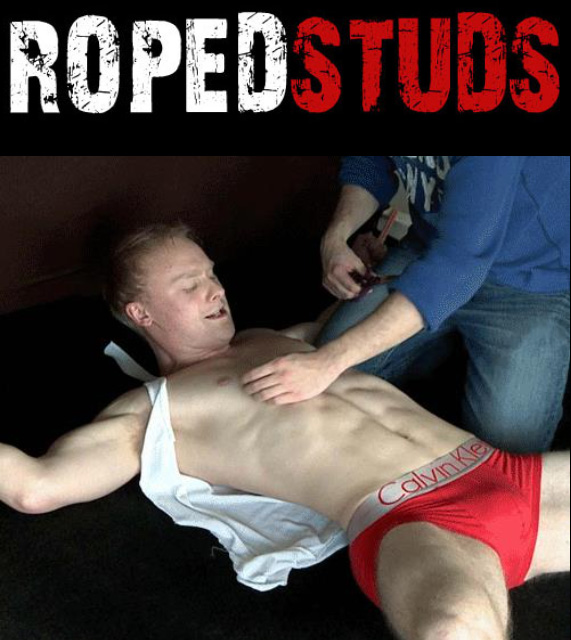