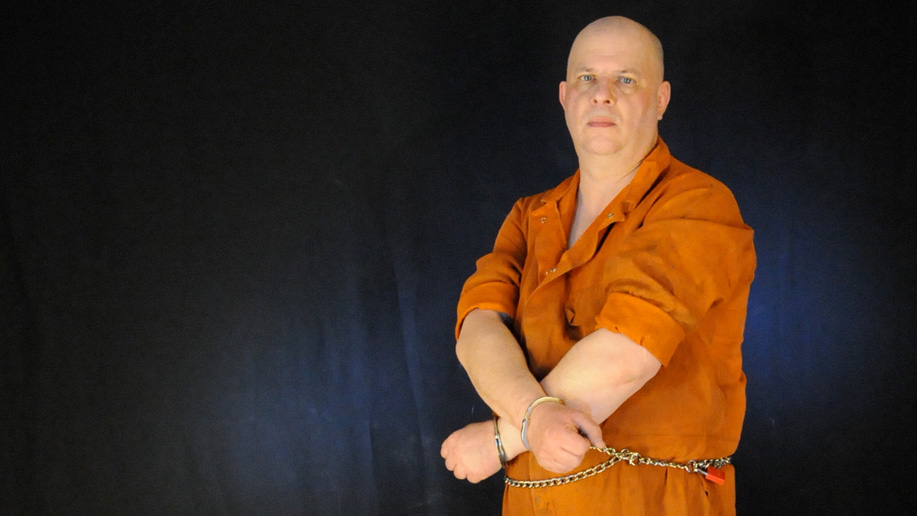 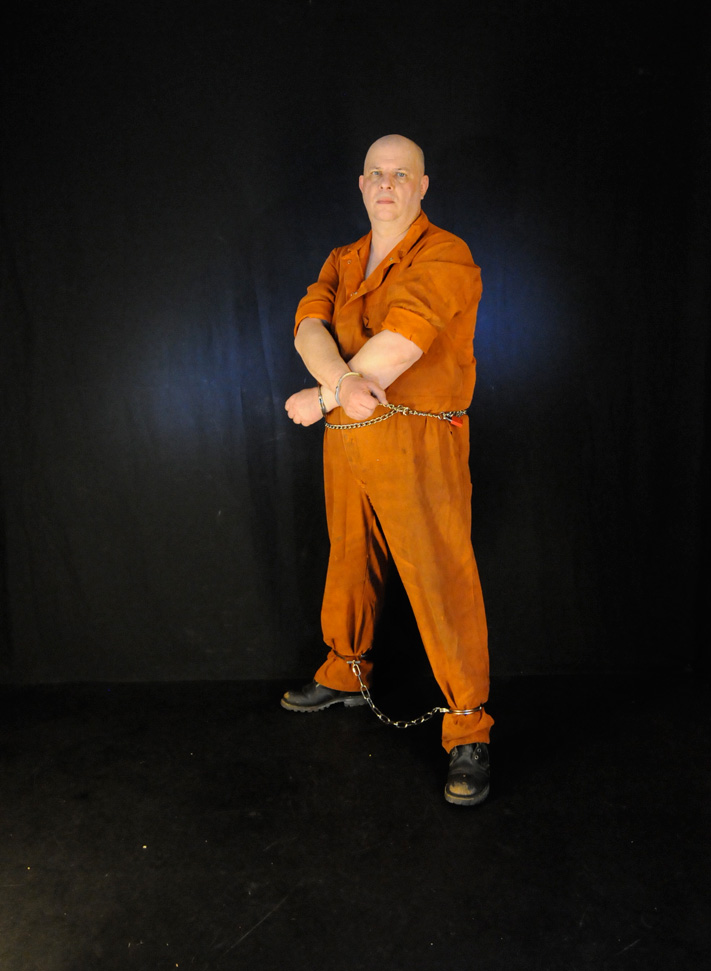 How did this man end in this position?

We have no pix of him before, when he had been arrested. When guards lead him to the regimental prison, they managed to get him dressed in orange. Later they tried to get him ready for some interrogations, and get restrained.

For reasons no one had been able to explain yes, inmate did get insane. He fought back his captors, and they had no option but put him down and straightjacket him. First option as to send him for psycho tests, but when he understood what was happening, he did get unpredictable. They had to fix a sort of muzzle made of a metal grills protector, to prevent him from biting. He was getting insane and was grunting as a damn.

Eventually they had to cut his sight too and hooded him with the capture hood. Tighten to the neck breathing get harder. He eventually calmed down a little, and they managed to handle him a bit easier and took him away.

The straightjacket is a genuine Polish Army one, brand new, bought on a famous auction website. 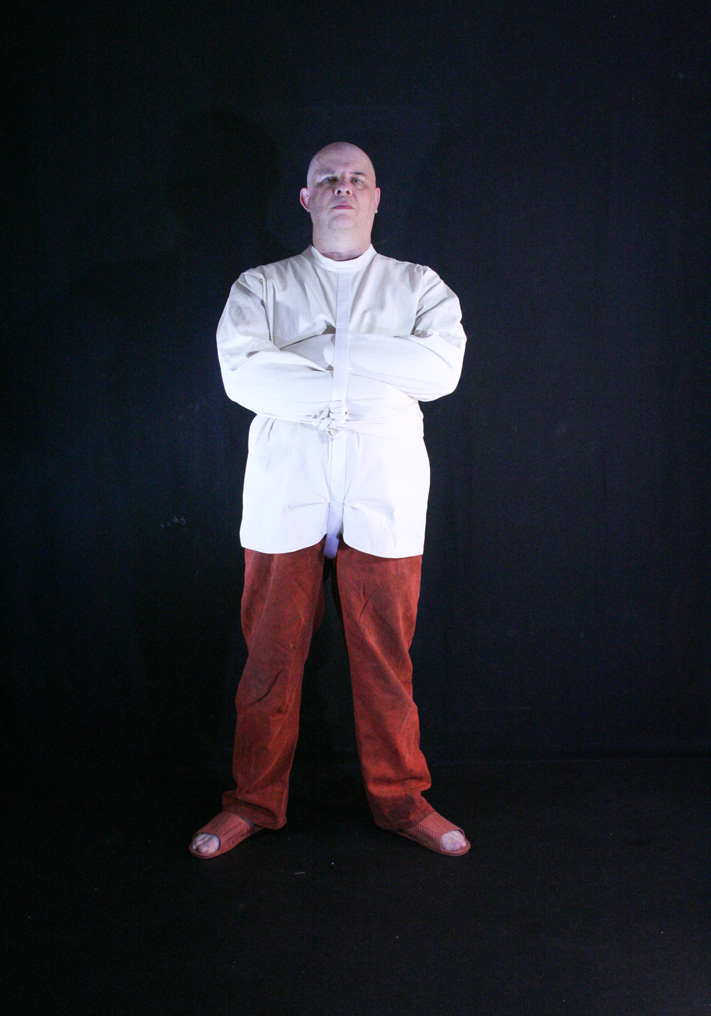 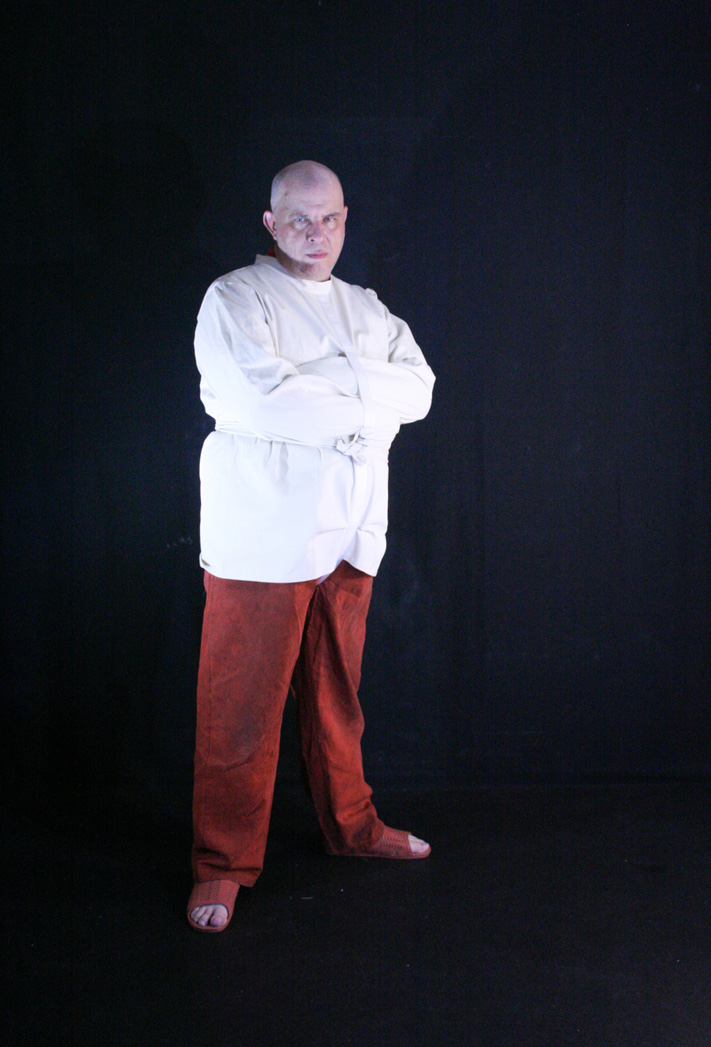 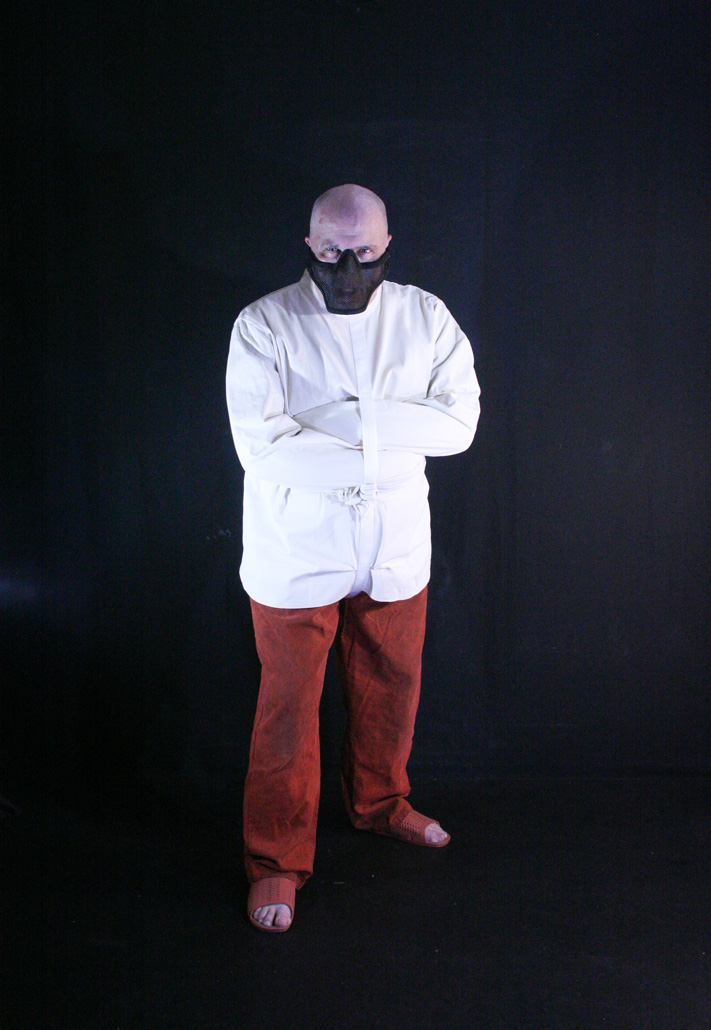 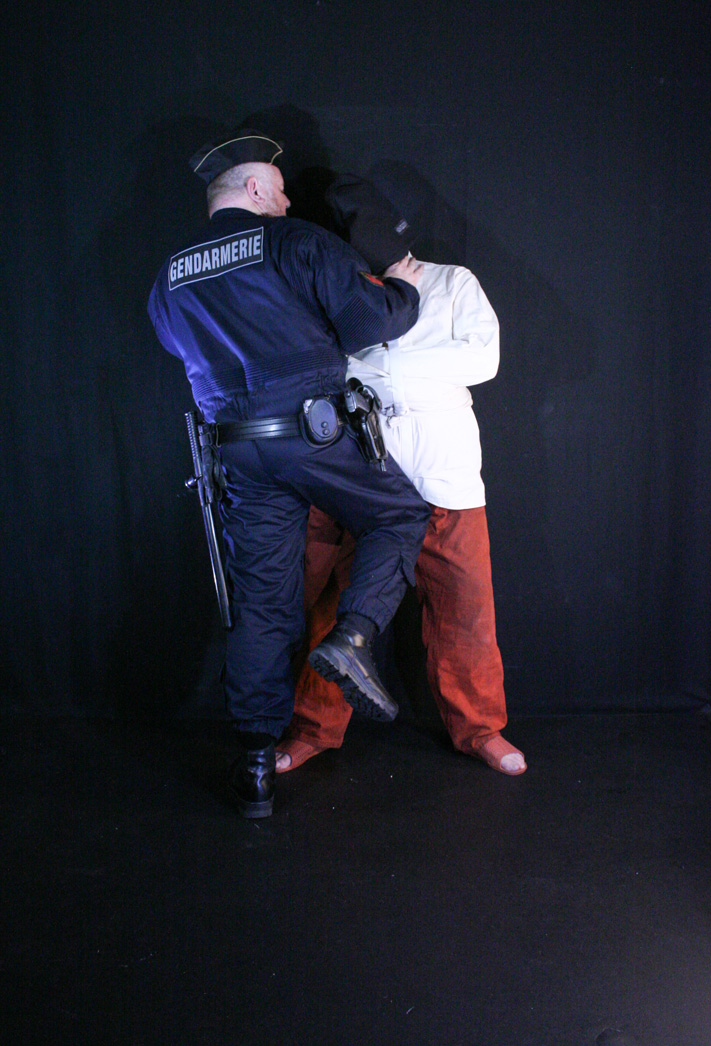 Metal would like to thank CREUSS for these pictures of himself! You can read stories by CREUSS by clicking here