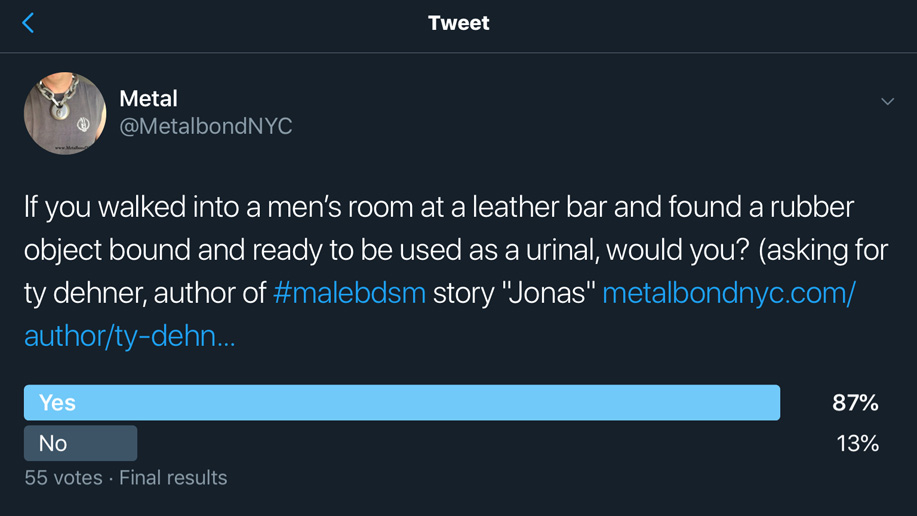 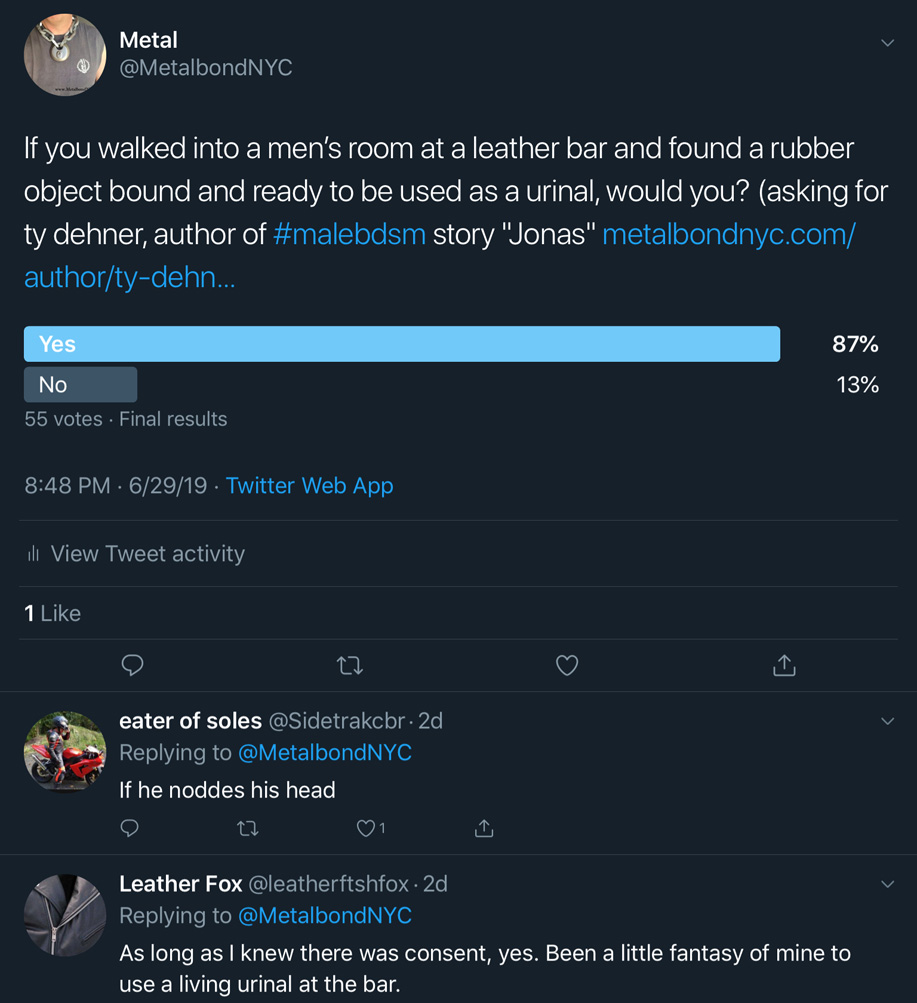 How about you? Assuming there was consent, would you make use of the rubber object bound as a urinal? Although the Twitter poll is ended, you can leave a message with your response in the comments section below.

9 thoughts on “Poll question: Would you use a human urinal bound in the men’s room at a leather bar?”