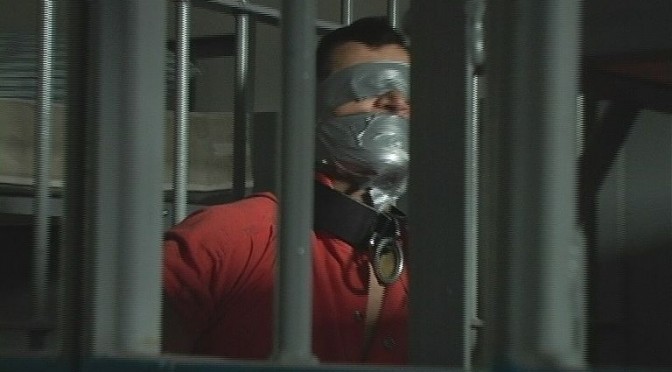 You guys have to check this out! It’s a documentary film called “Prison System 4614” (German: “Haftanlage 4614”) that is playing in Berlin as part of the International Film Festival in Berlin (Berlinale) that is going on right now! It’s about a private prison where paying guests can get locked up. The description reads in part,

“Even when using the whip these ‘torturers’ never forget to be humane and, in spite of their tough prison warder guise, they are fully aware, in a way that is almost caring, of their responsibility for those in ‘detention.’”

The film is directed by Jan Soldat.

ALSO: The director, Jan Soldat, also made a documentary film about Klaus, a man and his desire to live as slave.

Metal would like to thank RH of Mencomix for passing this along.