These are pictures from a few years back. Randy is a 22-year-old straight guy from the neighborhood near the Reluctant Young Men studio with a live-in girlfriend whose name is tattooed on his chest next to a fresh hickey from her. She doesn’t know that Randy agreed to make gay videos. Scott strips the young man down and uses two leather paddles on his cute, tight ass, but it wasn’t until he used his painful metal paddle the he made a real impression on the nervous Randy. 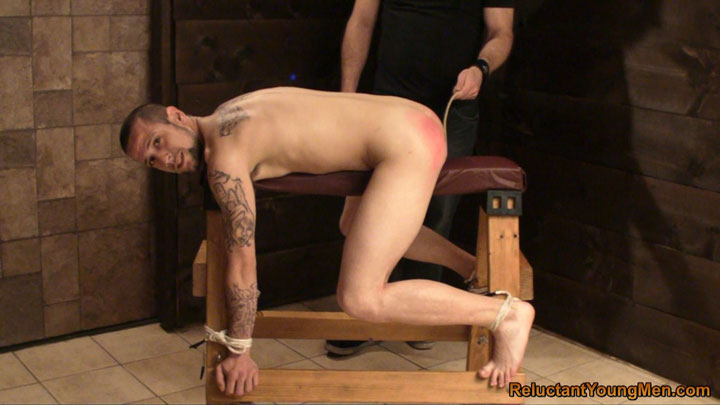 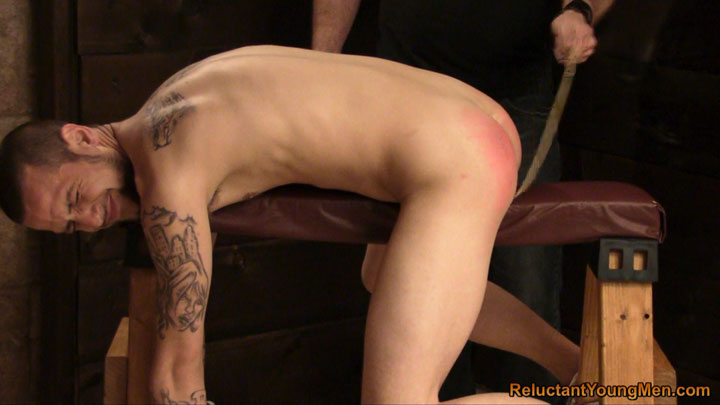 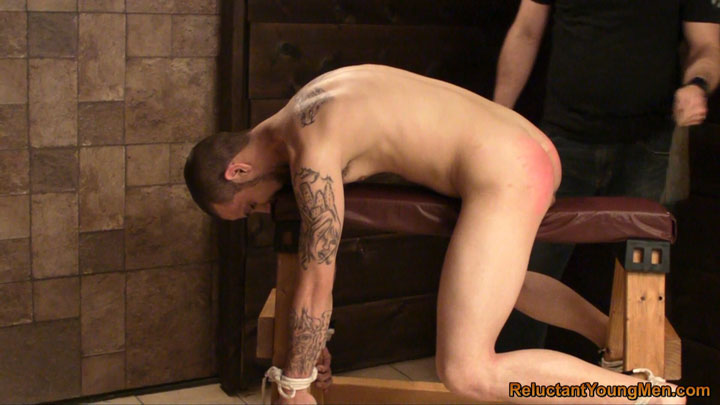 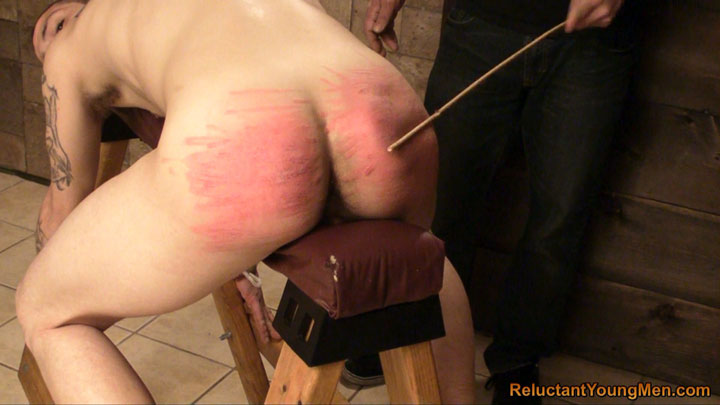 Naked and tied to a spanking bench, poor Randy is thrashed with a rawhide whip and cane as he writhes in agony, whimpering, gasping and sucking air. Scott is relentless in his punishment of the unfortunate young man. 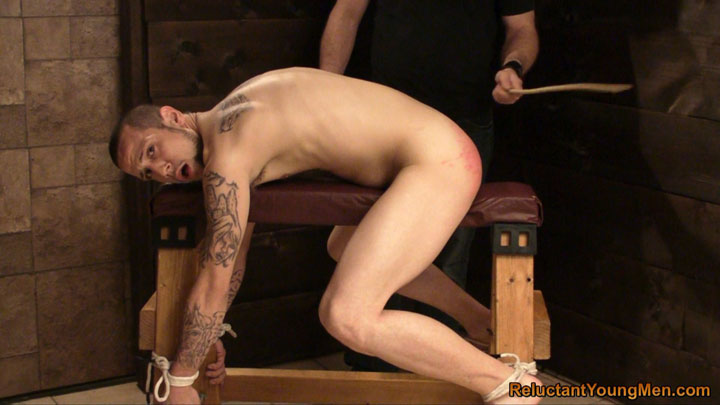 To see more like this, visit Reluctant Young Men