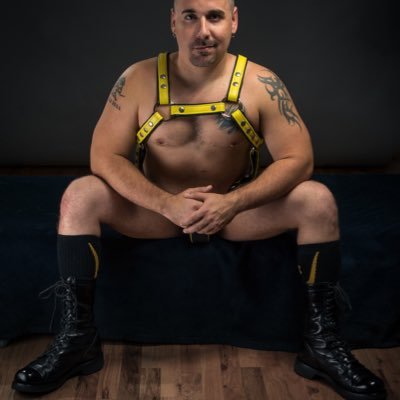 We rode down the elevator with his hand pressing against the monster in my ass, causing me to moan EVERYTIME he pressed it.  He was pressing it with each floor we passed, and for any floor the elevator stopped on he pressed it hard and held it in deep the entire time the door was open.

“Are you ready for a fun day boy?  Didn’t you say ‘Feels amazing SIR- it wants to be your toy for you to enjoy!  I’d stay this way ALL day if you wanted SIR’ weren’t those the last words you spoke?”  He said while holding the plug deep in my hole.

“MMMMPPPPPHHHHHHMMPPPPPHHHHHH” I was trying so hard to articulate that I can’t possibly stay this way all day – i just can’t do it – it sounded so hot – but FUCK.

“That’s what I thought.  You know you’re right where you belong don’t you?” He said quietly in my ear just before he turned and looked into the dark tinted lenses of the urinal hood.

I slowly kneeled down by his feet on the elevator floor as he rubbed my rubbered head. “Good boy – that’s what I thought.”

What the fuck have I done – there is no way that I can endure this all fucking day.  Even knowing that – and knowing i can’t feel my god damn dick with the numbing cream, my abdomen feels the pressure of it throb against it.  FUCK.  My bladder is screaming at me because I didn’t get a chance to piss before we started, and I’ve now taken in two loads of his piss too.  I don’t want to start the cycle yet because I know that once it starts it will be constant.

“I already know what you’re thinking boy”.  He said while rubbing my head at his waist level.  “Don’t forget how well I know the workings of your brain, I promise that I am several steps ahead of you.  You are desperate to piss, and you are hoping that I won’t make you recycle it all because you know that once you drink piss it goes right through you.  However, you also know the truth don’t you boy?”  He said.

“MmmppphhhhRRRRRRRRR”. I nodded as I resigned myself to my fate and started pissing into the condom catheter and feeling the tube to my urinal gag start to slowly shake.  After a few seconds I tasted the blast of hot piss hit the gag and I started to swallow FAST.

“There’s my urinal faggot.” He said with a laugh as he patted the back of my head and the elevator doors opened at the ground floor of the hotel.  I slowly stood up and nuzzled my head into his chest just before we walked out of the elevator.

He grabbed my head and pulled it up so that his eyes could meet with the tinted lenses of my hood.  “Listen closely boy.  You are here with a job to do.  Make me proud.  That is your job, that is your focus.  Do you understand me?  Nod clearly.” He said with a deep twist on his voice.

Without hesitation I nodded my head to the affirmative.

“Good boy – now I know you don’t have much flexibility, but I want for you to feel my crotch right now,” he said.

I leaned forward so that my minted hands could reach his crotch and I felt that his dick was rock hard, and I can almost make out a wet spot on the front of his jeans.  I looked up at him and saw the grin on this face, and it gave me all of the power that I needed. We walked away from the elevator (me obviously slower than him because of all the fucking chains, bastard.  We were walking towards a sitting area in the lobby of the event hotel and I see a few guys in full rubber and leather lounging about drinking and laughing.

“Hey boys how’s it going!  I haven’t seen y’all in AGES.”  SIR yells as he rushes up to the group and starts hugging and kissing on them.  I recognize a couple of them but not the others.  “I thought I would make tonight a little more interesting and bring my boy along for the ride.  Don’t worry, he won’t be interfering, and he will serve a really good purpose for the evening.”  Finally at this point the other men look my way and I suddenly feel like a side of beef being dropped in a lions pit.

“Now as you will all remember, I won our last bet which means that I get to pick the parameters of this get together.  So here goes.  My boy is our entertainment for the evening.  Now unfortunately for you, his holes are sealed up tight so they are inaccessible.  The locks sealing him into this getup are in a safe that won’t be opening for 11 1/2 more hours, so they are not to be questioned.  You can use the trough on his hood in any way that you see fit, and you can access his cock and balls.  However, his cock has a numbing agent that won’t wear off for a few more hours yet.  The suit does have zippers for his very sensitive tits though.  NOW, this faggot will be our bathroom for the evening, no exceptions.  However, since you know my style you know that any use of it will come at a cost.  You can make me an offer to use the facilities, and I will choose if the wager is good enough.  So Tom you could, for example, you could offer to suck my dick for five minutes, or you could offer to punch Bill in the balls, or you could offer to breed Shea in exchange for pissing into the urinal.  I will choose if your offer is good enough or if you need to re-evaluate.  Shea you could offer to  punch my boy in the balls 10 times, offer to eat my hole for 15 minutes, or offer your hole up for use in exchange for spitting and cumming into the facilities.  Do you guys see where this is going?”

“YES” was the resounding answer from around the circle of geared up men, and suddenly I felt so small and wanted to shrink into the background.  SIR Felt my energy shift and he pushed me forward into the center of the group.  He didn’t even have to give me a command i instinctively knelt in the center of the group of men and I felt all of their eyes on me. Again I felt my traitorous cock throb against my abdomen FUCK I WISH I COULD FEEL IT.

“Sounds like a fucking plan to me.”  Bill said as he leaned forward and locked lips with SIR standing over me.  “I’ll go ahead and kick things off then, I don’t need to piss yet, but when I do I want to use your urinal to piss and spit into.  In exchange I will offer up ten minutes for you to enjoy my balls later on how you see fit.  Since I dont’ have to piss yet, I’ll just take it on account for later when I need to.”  He said as he reached down and stroked the rubber of my hood.

“That seems quite fair to me, I accept these terms.”  SIR said as he adjusted his crotch and sat down in the lobby’s leather chairs.

Bill stepped forward and locked lips with my SIR again in a long tight embrace.  FUCK i wish i wasn’t gagged right now so I could taste that, but also GOD DAMN I’m excited.

“So how have you been guys?  I haven’t seen you in ages?  It feels like with no events the past six months everything has been a distant memory.  Tell me all about whats going on?”  SIR said as he sipped his cocktail.

The guys spent quite a while catching up and talking about their lives and what has been going on during the lockdown of 2020. It seems like they have been talking for about an hour when finally Dallas chimed in.

“So I really need to take a piss, could I take your urinal over to the bathroom and use it in exchange for 20 minutes in a 69 with you later today?”  Dallas said as he reached forward and rubbed my head.

“I think that sounds like a great plan, but hang on one second.”  SIR reached in his bag and pulled out two funnels with long tubes and worked one in on my left shoulder with the tube going down the back of my suit and one on the right shoulder with the tube going down the front of my suit.  You have permission to use any of the receptacles.  Bring him back here when you’re done.”  SIR said as he locked eyes to the tinted lenses of my hood.

I stood up slowly because of the chains and I faced Dallas who put his hand on my shoulder.

“Great – Thanks BOSS I’ll bring him back directly.”  Dallas’s said as he turned and with his hand on my shoulder steered me towards the lobby bathroom. 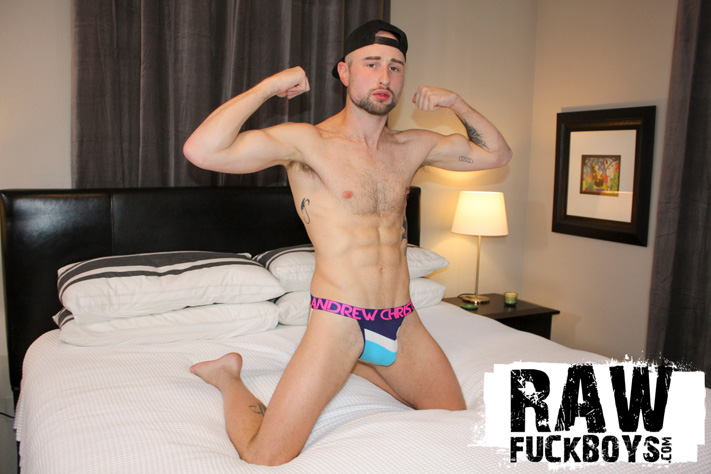