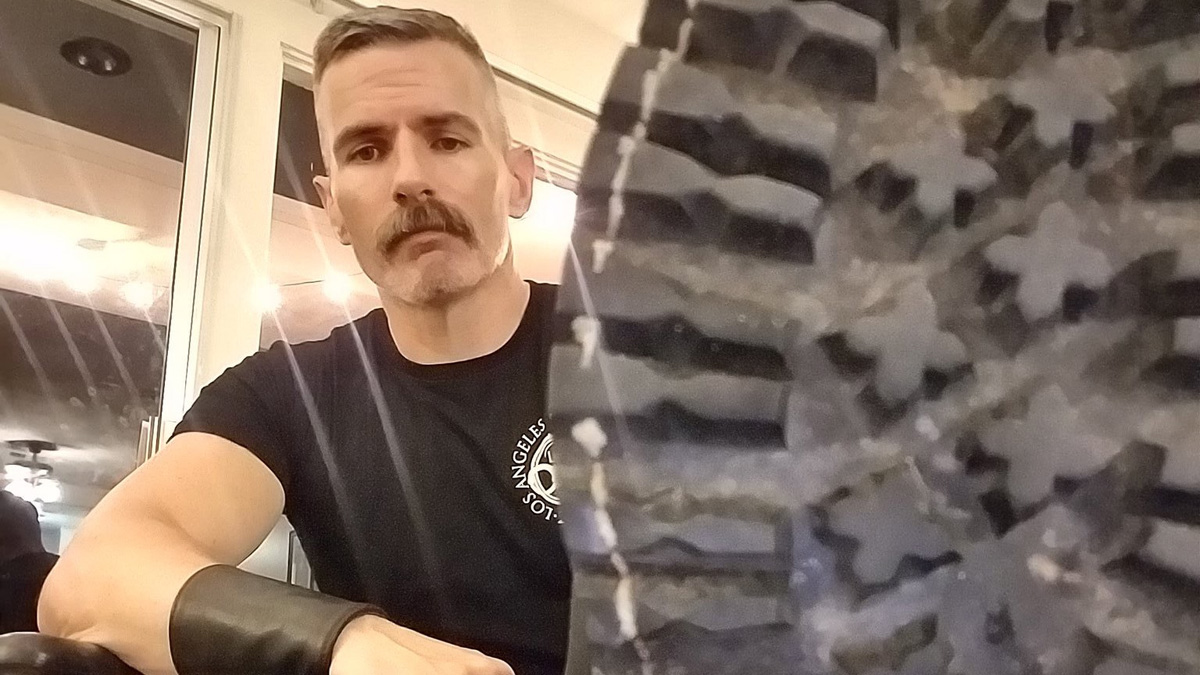 Check out these pictures of LeathermanPS — he is a hot, booted, cigar-smoking leather man in Palm Springs with a mustache! Some of these images show him working over his “f@ggot,” whom he has locked in chastity! 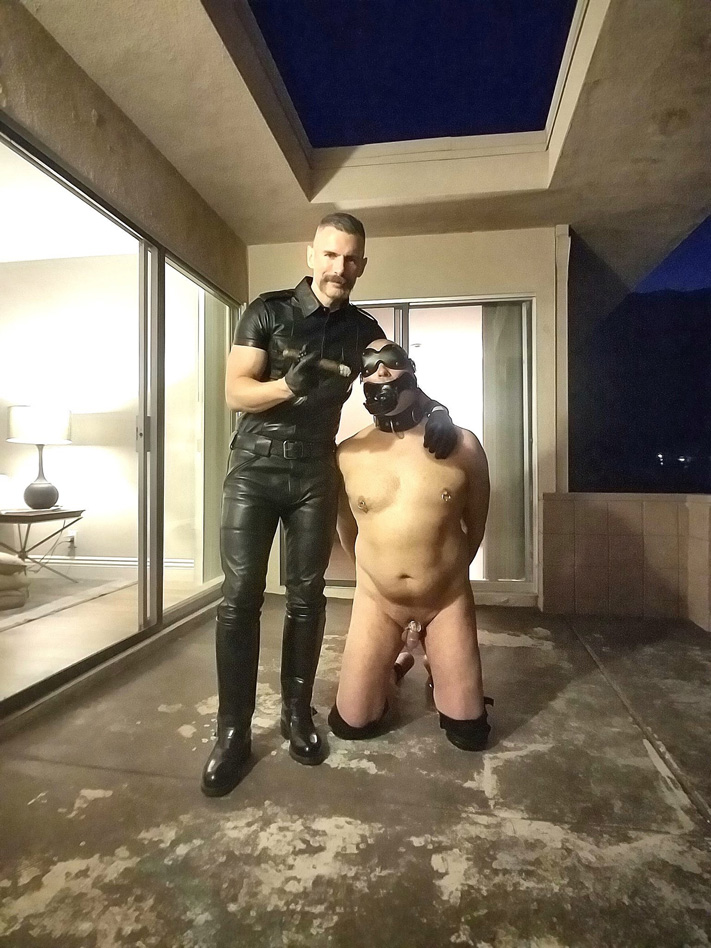 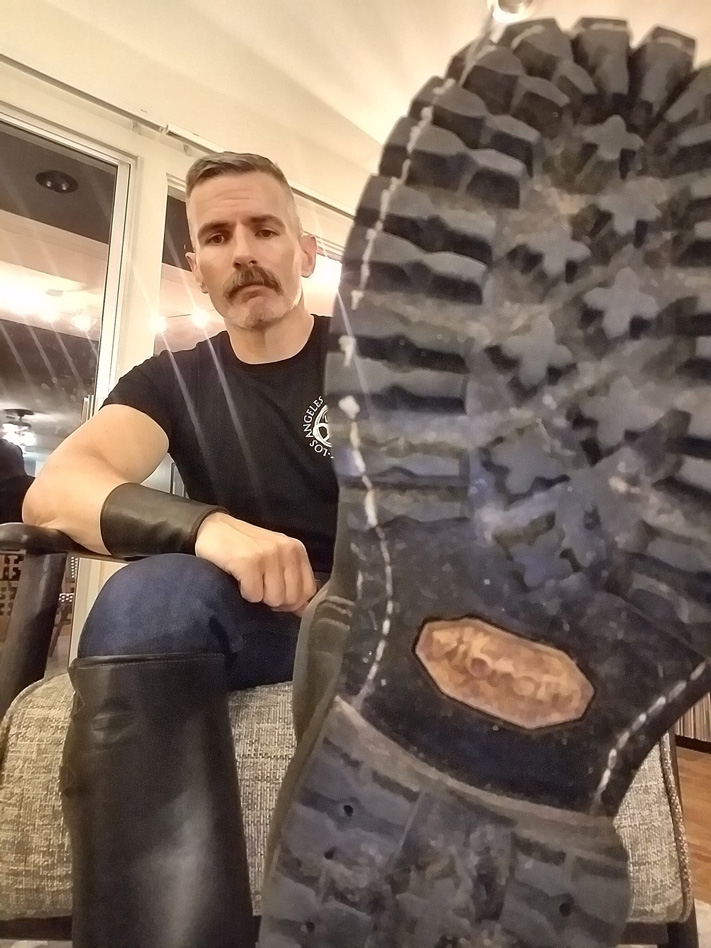 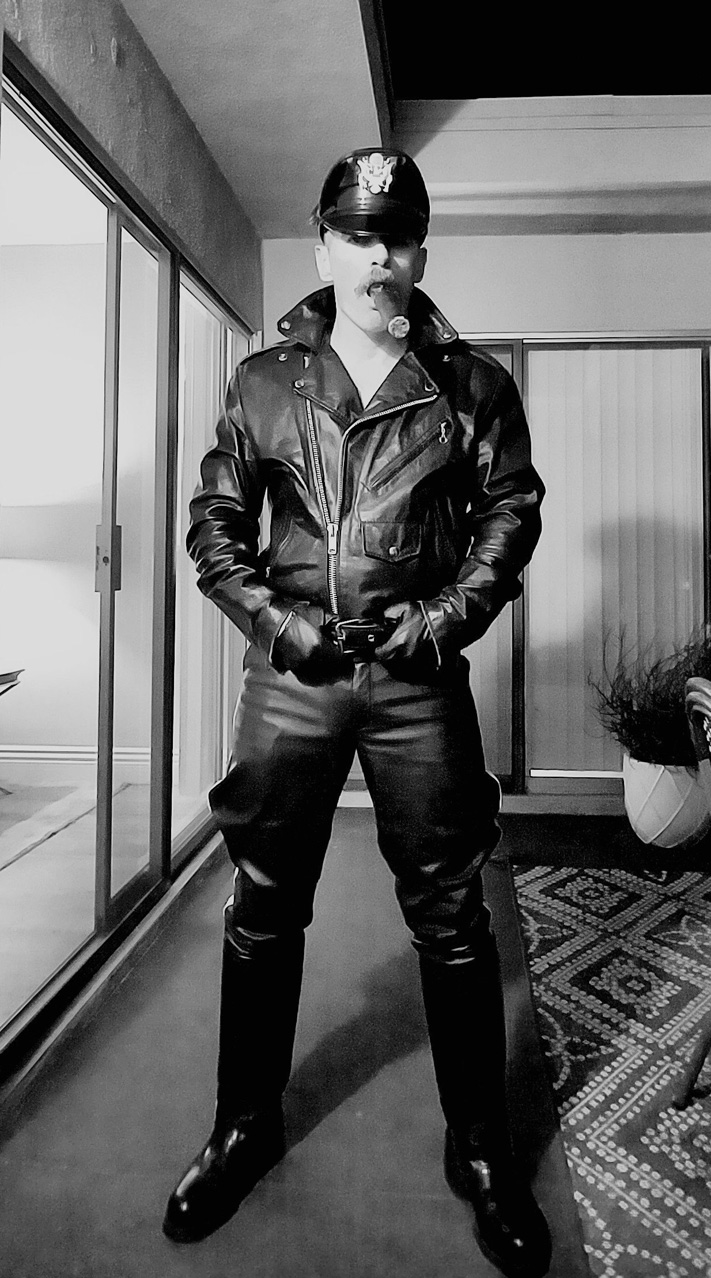 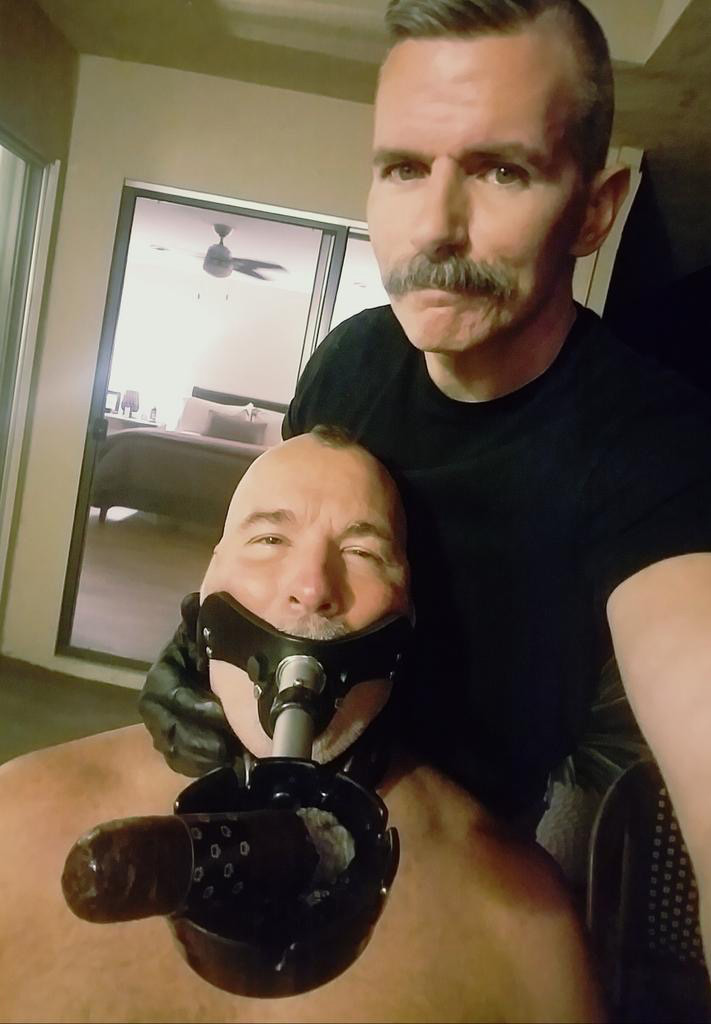 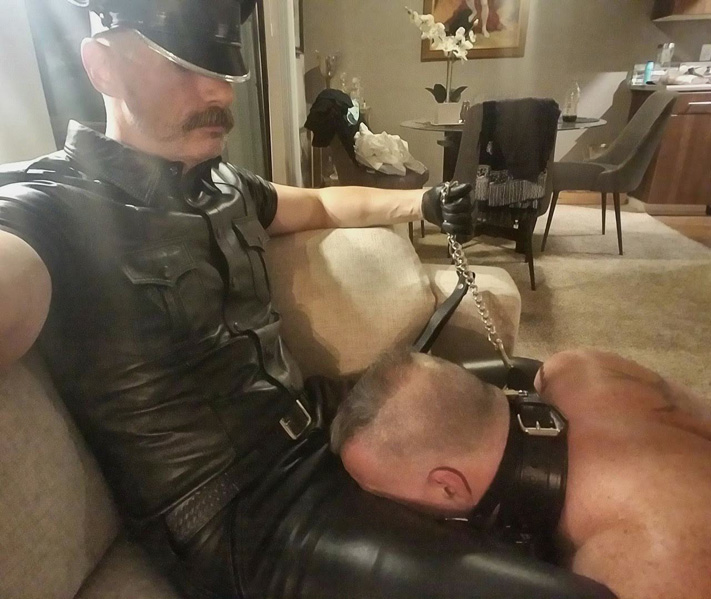 Fucking HOT if you ask me! You can find LeathermanPS on Twitter and on Recon under the name LeathermanPS. He says that recently an impostor has been using his pictures on Recon to set up fake accounts so be aware that he only goes by LeathermanPS!