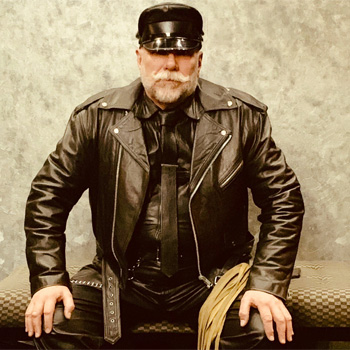 I was curious, seems to always get the best of me, but I couldn’t help it. I was walking along an unfamiliar deserted street, when the unmistakable smell of leather came across my nose in front of this imposing abandoned building that reminded me of someone’s castle. Looked like it must have been a boarding house in its final days. Right now it looked tired but grand, but that smell pulled me toward it. I had to try and go in to see what it was like. Didn’t look dangerous, and my fantasies were in high gear. I told myself nothing could happen, this is a safe part of town.

I tried the old wooden door, heavy and solid, needing some cosmetic help, but impressive nonetheless — and it swung open, easily. Odd I thought, but it didn’t stop me.

This must have been someone’s mansion at some point I thought as I entered a dusty but elegant entry. Leathery smells wafted around the room. Sunlight filtered down from the stairway windows, glittering on the remaining crystals in the chandelier as I moved into the room. Caught up in the moment, I sauntered up the massive staircase like an Earl of the Manor. As I got to the top enjoying the feeling, I heard and felt the vibrations of the massive front door slamming shut.

END_OF_DOCUMENT_TOKEN_TO_BE_REPLACED

The last thing he remembered was being invited to dinner and drinking a cocktail.

Normally he wouldn’t consider going to an event hosted by a total stranger, but he accepted the invitation from a new hot friend he met at the bar.

It was a great night at the Eagle, geared up in his tight leather uniform, flirting with a hot leather Sir who seemed really interested. Truthfully he was thinking with his crotch not his head as he hopped on his bike and headed out to the secluded home deep in the woods. When the hot leather daddy answered the door, all reason left him.

Now he found himself totally confined. Arms behind his back in some sort of unforgiving shackles, head held in place kneeling with his legs attached to something on the floor. For some reason he assumed he was under a table, mostly because he had bumped his head on the top and he could hear what he thought was the sound of chairs sliding on the floor.

END_OF_DOCUMENT_TOKEN_TO_BE_REPLACED

Hey boys, glad you could make it to our monthly fetish night poker game. We are up to 5, last one in makes stud. Mike, the host for the evening said. The dress code of leather or rubber was strictly enforced, and tonight was no different. A leather cop or two, as well as rubber men gathered in Mike’s garage, turned playroom. Not long after, Kurby, came in, out of breath. Tonight he was in his motorcycle leathers, chaps and a jacket, and what looked like something rubber underneath tightly plastered to his skin.

“I’m not late am I fellas, my cycle broke down and I had to push it 4 blocks.” Kurby was an ass, really just a young kid, on his own, always late, and usually hitchin’ a ride. Most times he was pretty broke, and thought he could win some extra money at the games. The guys had met him at the local bar and if it wasn’t for his great body, no one would have bothered. Most of his ability to think centered around his dick, and not much else. Tonight he was the betting stud, and the opportunity to dish out some needed training.

“Shit, guys, not again, last time it took me a month to grow my hair back.” Kurby moaned.

END_OF_DOCUMENT_TOKEN_TO_BE_REPLACED

It was another wasted day, waiting around for the delivery guy. My old sofa was dead and a new one on the way. Had a call from a guy named Ric, said to have the old one ready to go. I left the door ajar and started cleaning up when I heard a knock and a shout, “Deliveries by Ric, got a new sofa here.”