Who remembers the LURE? 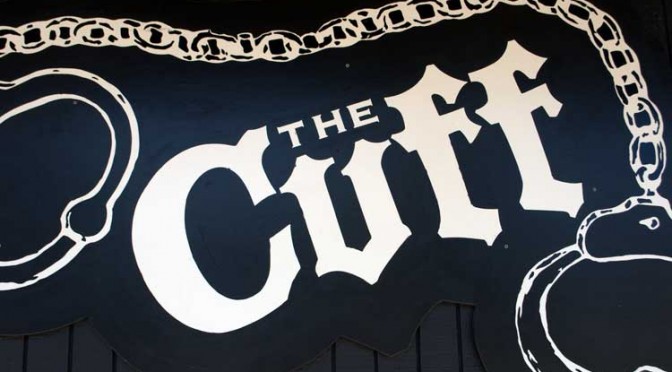 I had the most amazing time on the West Coast the past couple of weeks. I was in Southern California for business, and after my work commitment ended I met up with my good friend socalbd for some play and socializing — and we both had the opportunity to meet the awesome Tiedfeetguy for dinner. Socalbd, as you guys know, is a longtime contributor to the Prison Library. He’s the author of the ongoing series ‘10 Days in Detention.’ It was great to hang out with him for a couple days. And as for Tiedfeetguy, I have been a longtime admirer of his two awesome websites, Baring My Sole and Captured Heroes, for ages and ages, and I am so glad to have finally had the opportunity to meet him in person. We talked shop about blogging, talked about our real lives, and we really hit it off well.

From Southern California I flew up to Seattle, for another work commitment, and when that ended I was able to have some kinky fun and do some sightseeing as well. I took in a Mariners game and saw a Seahawks uniform on display at the EMP museum. One night I went to The Cuff, where they were having a puppy night, and when I was there I ran into Sparky, Mikey, Damien, DrewLion and a bunch of other guys. The next day they invited me to attend a taping of the No Safe Word podcast, episode 137, featuring Mr. Rubber Ireland. I was the featured guest on a No Safe Word podcast a while back (episode No. 54), which we did via Skype, so it was really great for me to be there in person, and see firsthand how these guys make the magic happen. Here’s a shot of some of the No Safe Word guys — Sparky, Slyy and Mikey (from left) — that I took during the taping I attended: As you can see, it is a combination recording studio, and dungeon playroom. I had a really great time. Unfortunately Daddy Tony was under the weather that day and could not make it — I missed you, Daddy Tony!

Also on my West Coast trip, I had a couple of really awesome play dates. Without going into too many details, let’s just say that one experience was something that I had been planning for and looking forward to for a very long time, and it was absolutely fantastic. I also had a bit of an impromptu hookup in my hotel room in Seattle with a really decent, hot and kinky guy who expanded my horizons a bit, and got me to try something I had not done before. Or even thought of. It was great.

And now I am finally back in NYC — but just for a about a week before I go away again.

Meanwhile, a lot of you guys have sent me stories, pictures and links and I am a bit behind in email correspondence. But I promise to write back to all you guys just as soon as I can. And I will of course be updating Metalbond at least once a day, so keep checking back for more!

The Cuff photo used above is by JoeInSouthernCA.

So I’m taking a cab back to my hotel on Saturday night after visiting the Atlanta Eagle, and the cab driver asks me, “Is it dark in there?”

“Is there dancing?” he asks.

“What’s it like in there?” he wants to know.

“A leather bar? You mean, for macho gays?” he asks. I had a great time at the Atlanta Eagle on Saturday, being around all those “macho gays.” And there were some twinks, too. A few pups. Lesbians. Some muscle guys. And even a number of guys modeling underwear, for a charity fund-raiser — including Pup Nitro! Earlier in the day, I had lunch with Atlanta Stud. I also met up with Metalbond web designer, kinkster and all-around good guy tallglassofoj, for a bite to eat, and again at the Eagle. Fucking awesome! It was great seeing all you guys … I mean, all you macho gays!

This is fucking awesome: A “bigger, better” DC Eagle is under construction: Thanks to Jake of Alphas Over Fags for the picture

I just got back from a business trip to Atlanta. As is my custom when I travel for work, I mixed in a little fun as well.  I met up with an online bondage buddy — a guy I have been chatting with for years but hadn’t ever met.  Turns out we hit it off quite well.  I “hog chained” him in his hiatt darbies-style four-way irons for a few hours, and then re-shackled him with his hands in front for some overnight bondage. The next day he spread-eagled me in leather restraints. Then last night, we headed over to the Atlanta Eagle, where the Hotlanta Rubber Group was having a bar night. There were lots and lots of hot guys there, many in full rubber — including the guys shown above. I spotted a few with chains padlocked around their necks, including pup Nitro. Daddy Alan, Mr. Atlanta Eagle 2009 and 2nd Runner Up International Mr. Leather 2009, was there as well.  There was also a guy getting into a rubber hood. I had a really great time with my new bondage buddy and also at the bar.

Thanks for keeping it hot, Hotlanta rubber and bondage guys!

(Oh, and there is an interesting side note to my visit to Atlanta: Furries were holding their “Furry Weekend” at the Hilton, where I was staying! So every time I got on the elevator or walked through the lobby … there were furries everywhere! It was great fun! If you don’t know who Furries are, click here.)