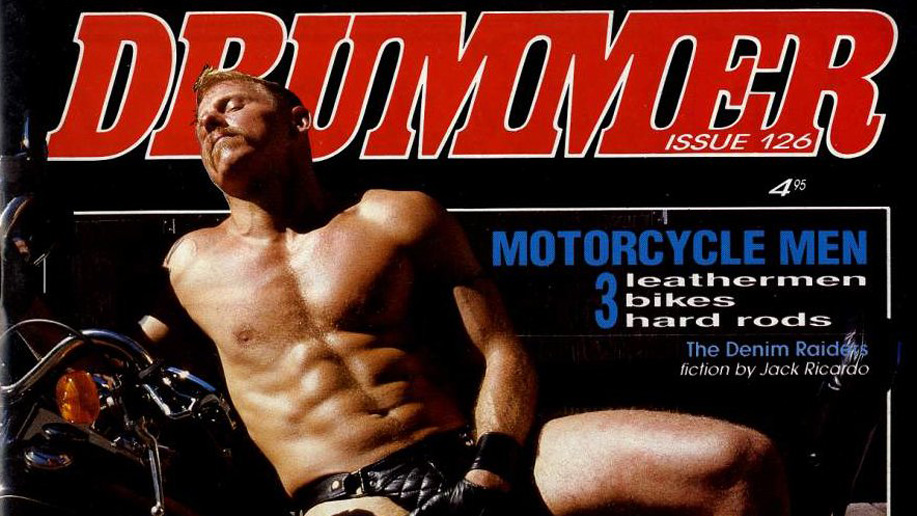 Check out these vintage pictures of Colt Thomas, who was the winner of the International Mr. Leather contest back in 1983! According to Facebook postings from leather pioneer Peter Fiske and Leather Archives Executive Director Gary A. Wasdin, today would have been Colt’s 61st birthday. Colt died in 1992.

The pictures below of Colt are re-posted here (without permission) from Facebook and from various sites on the Internet. 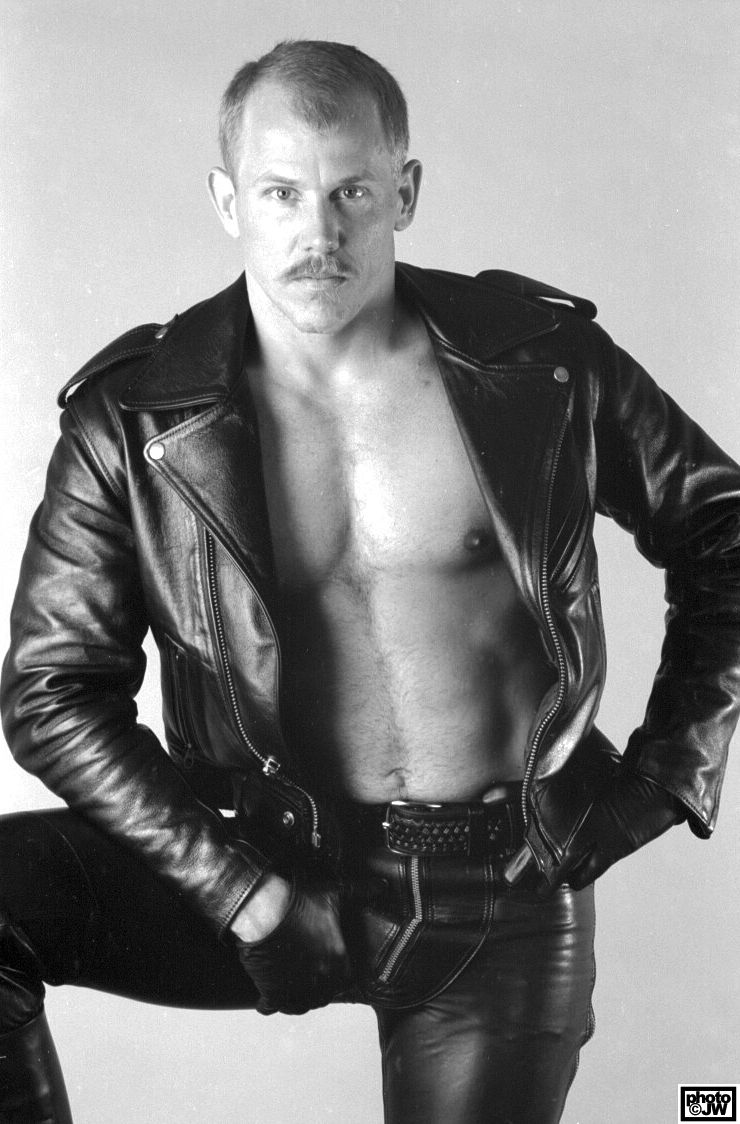 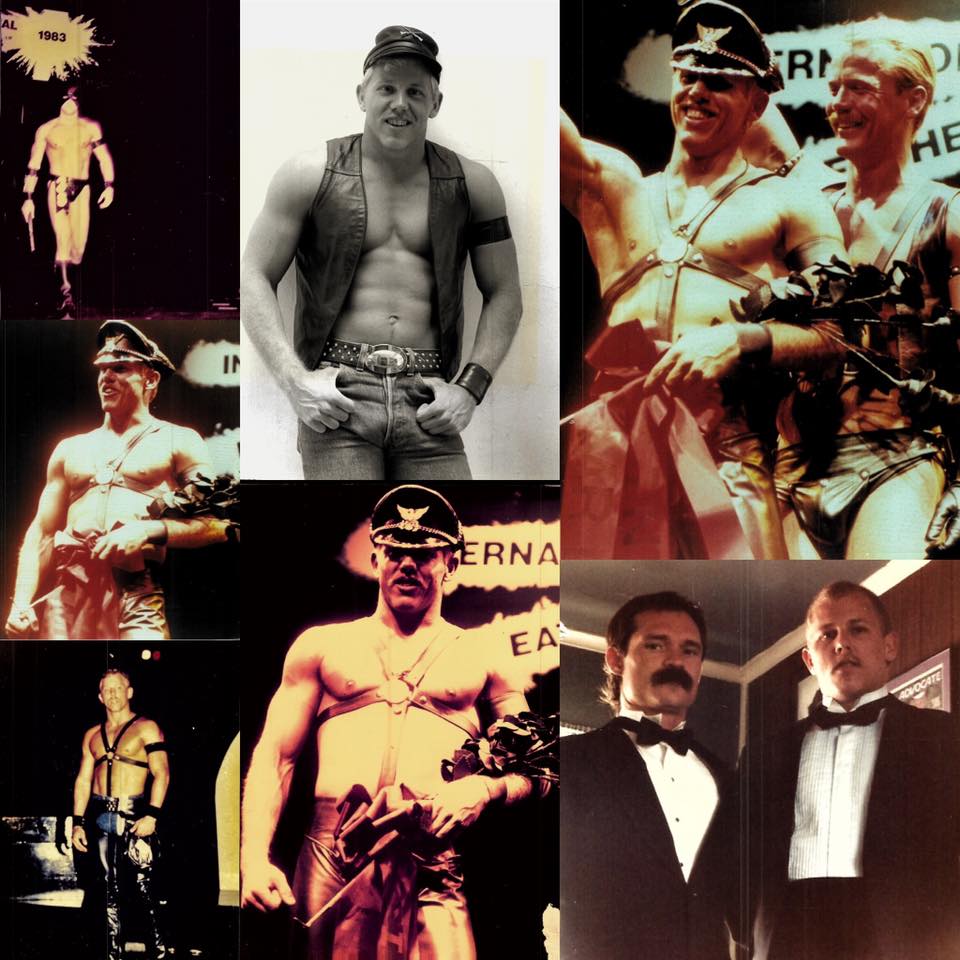 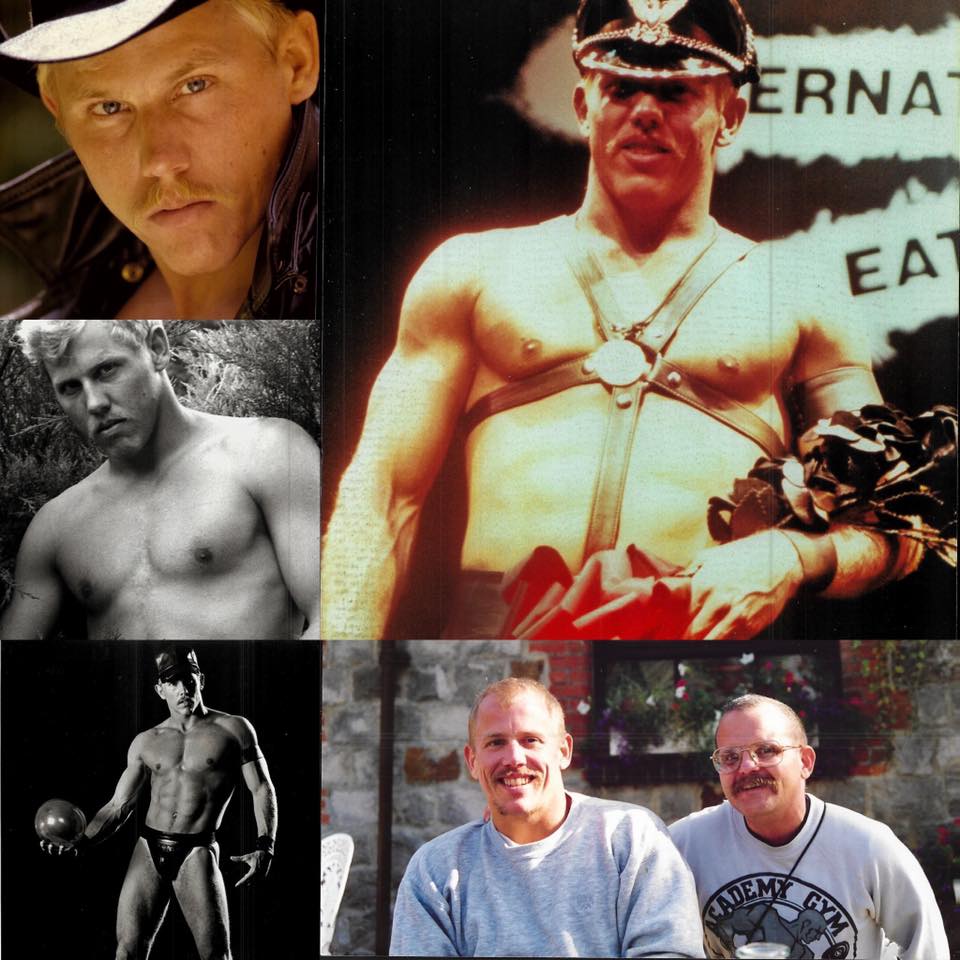 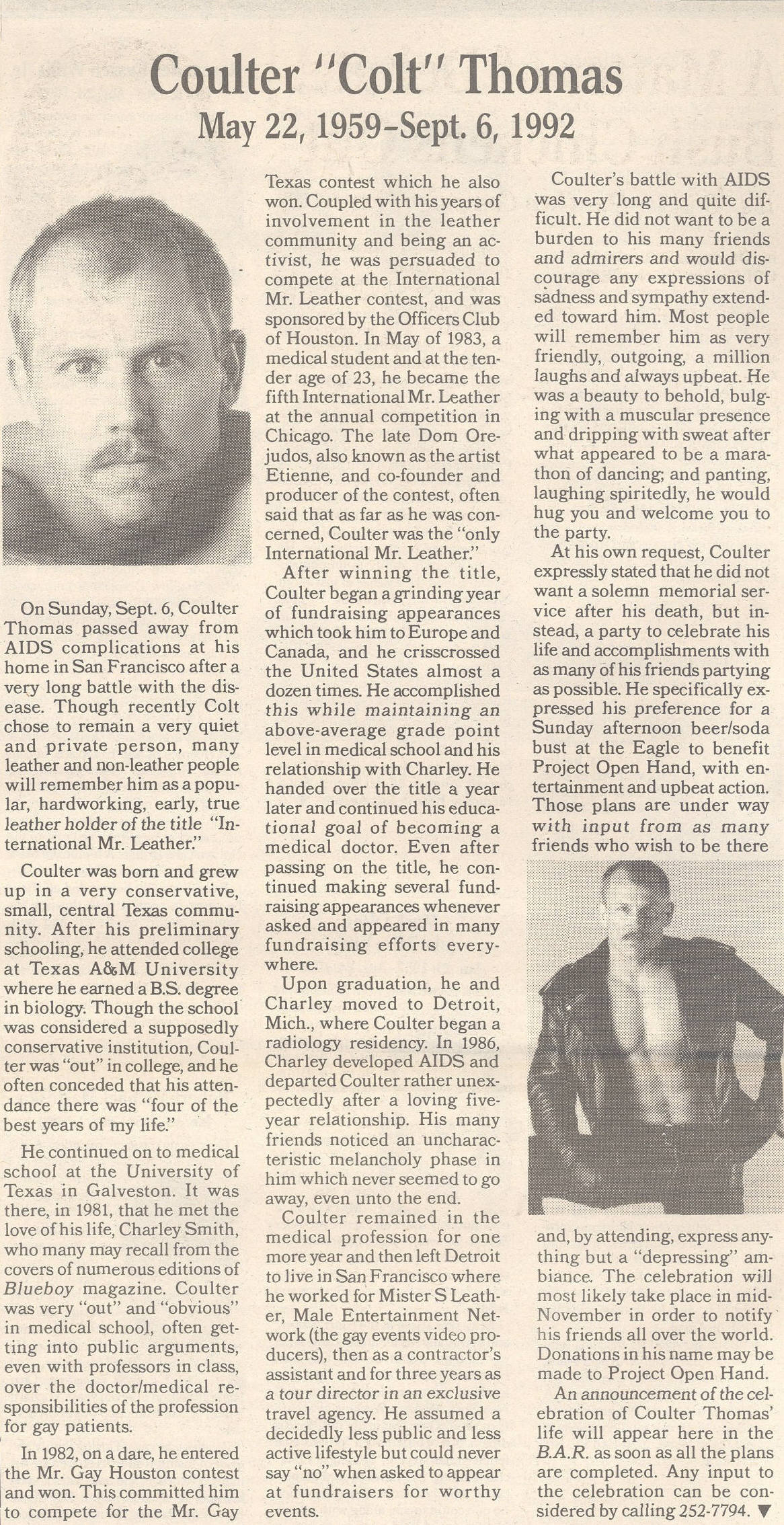 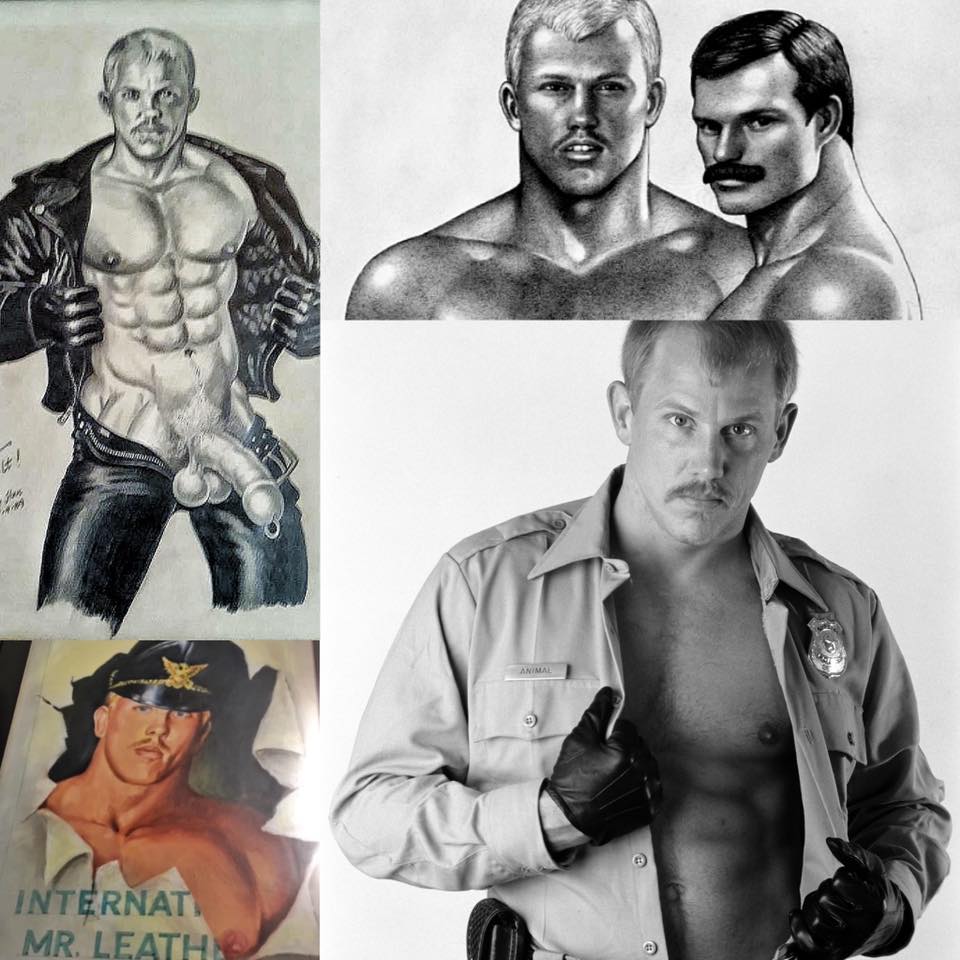 “Coulter came to IML as Mr. Texas Leather,” Mr. Wasdin wrote today on Facebook. “There were 44 contestants that year, and the devastation of AIDS was growing. Coulter embodied the IML ideal. He was top of his class in medical school, while traveling and fundraising during his title year. He became muse to many artists, and is one of the few models captured in works by Etienne, Tom of Finland, The Hun and photographer Jim Wigler.” 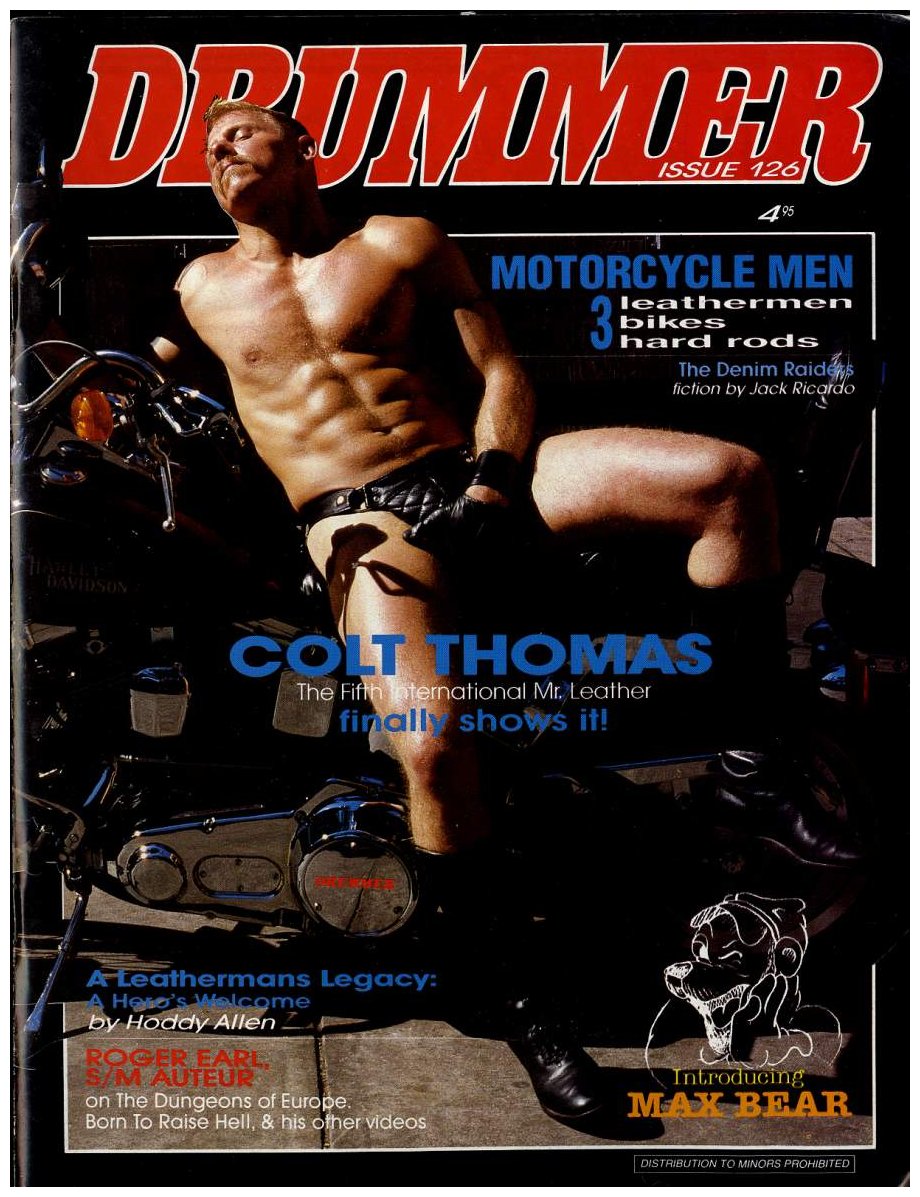 A very good book by Peter Fiske is available here

The beloved Chuck Renslow, a longtime fixture of Chicago’s gay community and the founder of the annual International Mr Leather event, has passed away.

Just go with it.

That was the text I received as I was walking home from the bus stop after work. I waited for another but there wasn’t one.

The text came from my ex. He had moved out of the area 4 years ago and we called it quits but remained friends online. Back East he had gotten in with a group of gay kinky cops and on occasion shared some of their adventures with me. There was one guy that seemed to be the leader that was intense in what they did to their captives. The lead one even had a full-time dog that he kept in full heavy leather. The dog didn’t work and lived most of its time in a cage.

I never really got into the dog scene that guys seem to go for. I’m older and I felt it was a younger guys thing. I was more traditional leather, biker, or rubber gear and being a slave or owned object.

Arriving at my home, I entered the front door and began my routine of getting casual and fixing dinner. As I cooked and ate I kept thinking back to that text, what the hell did it mean? I haven’t been playing much in the past couple of years focusing more on work. Plus, hadn’t found anyone that was aggressive and confident of my ex. He knew what he wanted and he had no qualms of doing it with me. He really controlled his world and me. He left to deal with some family issues and just never returned.

END_OF_DOCUMENT_TOKEN_TO_BE_REPLACED

Each year at IML the Leather Archives hosts recently published kink authors at its table in the vendor mart. Good news for guys who are into superheroes, bondage and fetish gear — “How To Kill a Superhero” author Pablo Greene will be participating on Friday and Saturday! You can stop by and meet this guy in person. Official ‘How To Kill a Superhero’ site here

Sample chapters of the books here 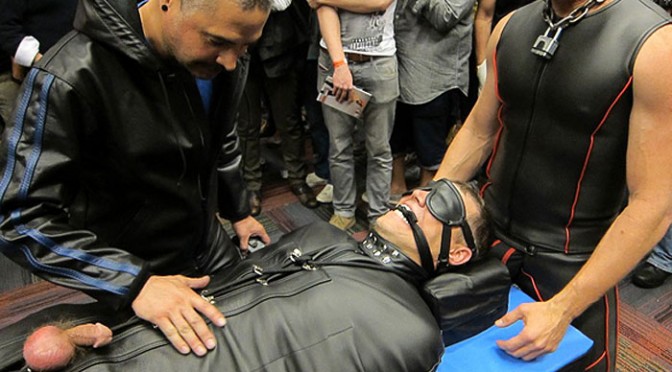 Check this out. Fuck it is hot. They have so much fun at the Mr S area of the vendor mart at IML, as the pictures from the 2011 event in in Chicago will attest. The first shot is of Ruff with a straitjacketed prisoner! You can read more about him here and here.  Memorial contributions can be made to the Desert AIDS Project.

I was interviewed once by Cole Tucker, while I was boot blacking one year at IML, for a documentary they were doing. This would have been in 1998 or maybe in 1999. I never managed to see the actual IML documentary, but it was fun to have my 45 seconds with this hot man. I remember him as being immensely hot, very friendly — and totally “alpha” in every way.

Cole, I salute you, Sir!

Fuck yes! Just in time for IML comes the new issue of Instigator! Click for Instigator, or look for these fuckers at IML