One of my favorite quips from Dan Savage:

Ever since I saw his video “Good Vibrations,” I feel in worship over the ruggedly gorgeous Brooklyn-faced Marky Mark. His flawless muscle bound exterior of smooth, pale white skin gave me an erection every time I stared at him. He was a white boy from Brooklyn, but he had cocky, rhythmic way of working his body.

Everything about him was large! His bulging biceps and chest. His thick calves. His big lips and mouth. Marky Mark was my dream god!

A few weeks ago, I was flipping through a grocery store tabloid and my eyes caught something fantastic. It was a full body shot in color of Marky Mark performing an afternoon LA concert. He was clutching his mike and wearing only a fresh white pair of department store underwear and a red baseball cap. He had stripped down to his briefs and danced around the stage in his bare feet while teenage fans went wild! In the photo close up, you could see his cocky confident grin through the mike. Also, you couldn’t help notice the bulge between. Marky Mark knew he was hot.

I fantasized about him for days after that photo. I wanted to meet him somehow. I would ravage his sinful body and let him do to me whatever he commanded!

END_OF_DOCUMENT_TOKEN_TO_BE_REPLACED 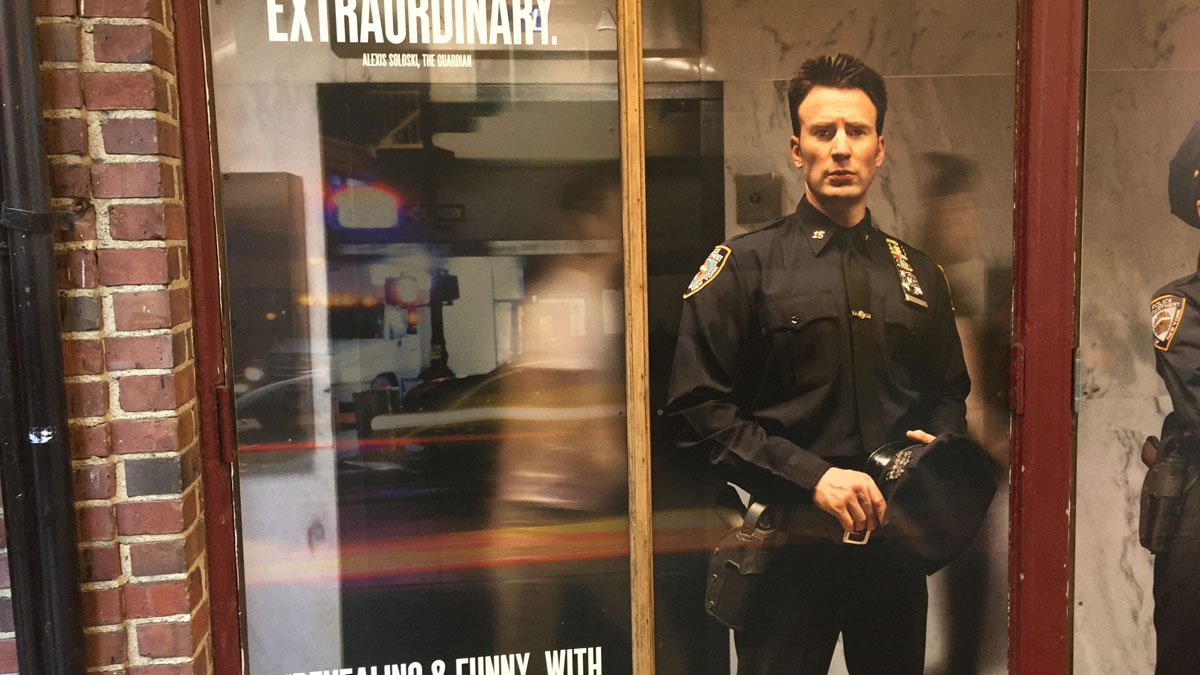 I caught Chris Evans last night in the Second Stage production of “Lobby Hero,” a play written by Kenneth Lonergan and also starring Michael Cera. My friend Jay, who like me is a longtime admirer of the NYPD, bought the tickets and treated me as an early birthday present. 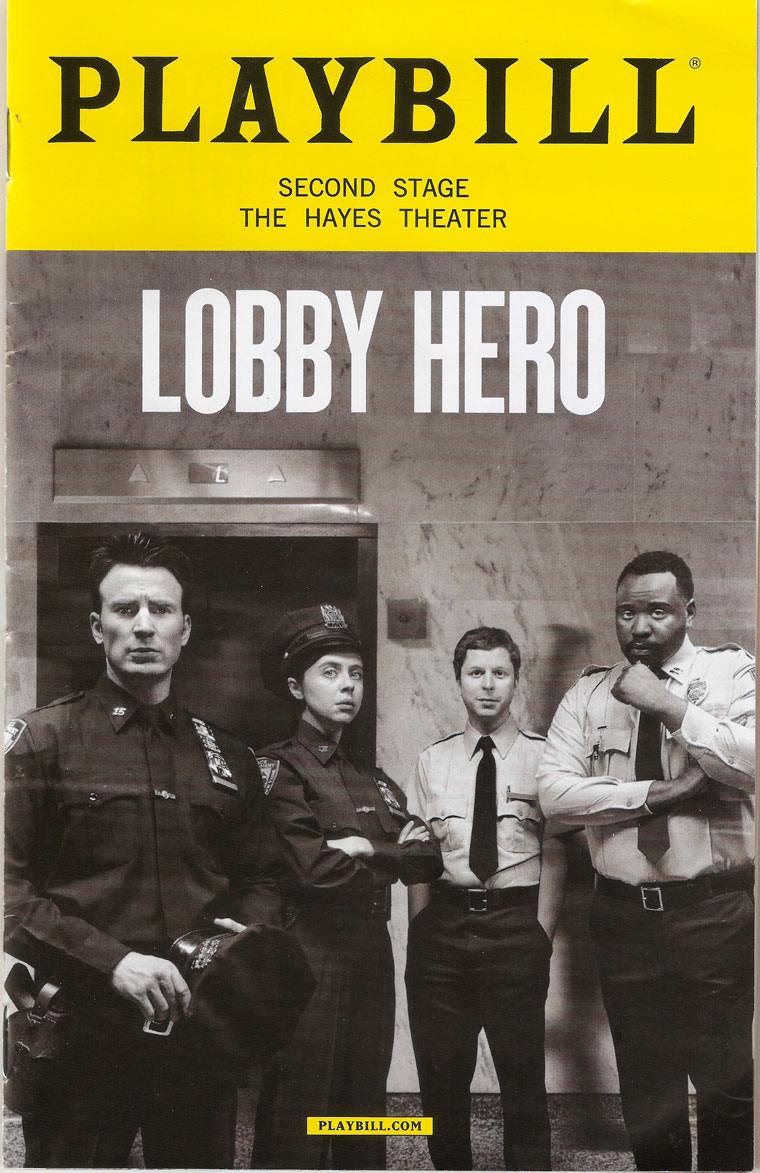 In the play Evans plays an NYPD cop, and his character is hot and cocky. He had a commanding presence on stage, and even in scenes when he was up in the 22nd floor there was tension in the air waiting for him to return. In the play Evans has a mustache, but in the posters out front and on the Playbill he is clean-shaven. He has his jacket on throughout. He wears a duty belt, but I did not see any cuffs. Early in the play, however, Cera’s character, a security guard, reveals a fantasy involving a (female) cop, handcuffs and a nightstick. Later in the play, he asks about the NYPD changing its uniform color from dark blue to light blue and back again.

Here are some pictures of the signs outside the Hayes Theater on West 44th Street: 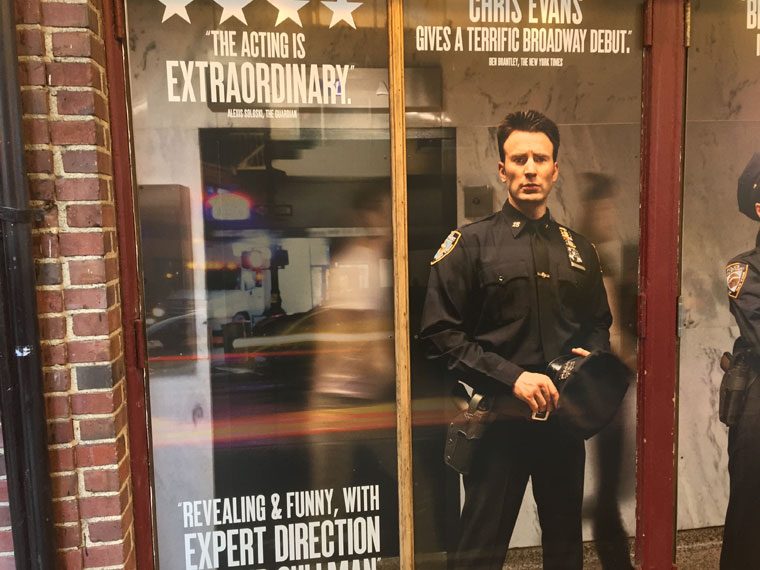 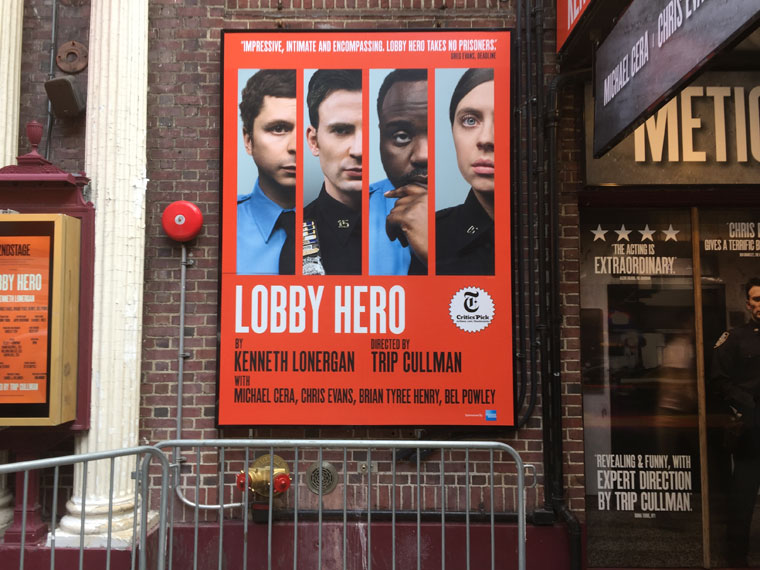 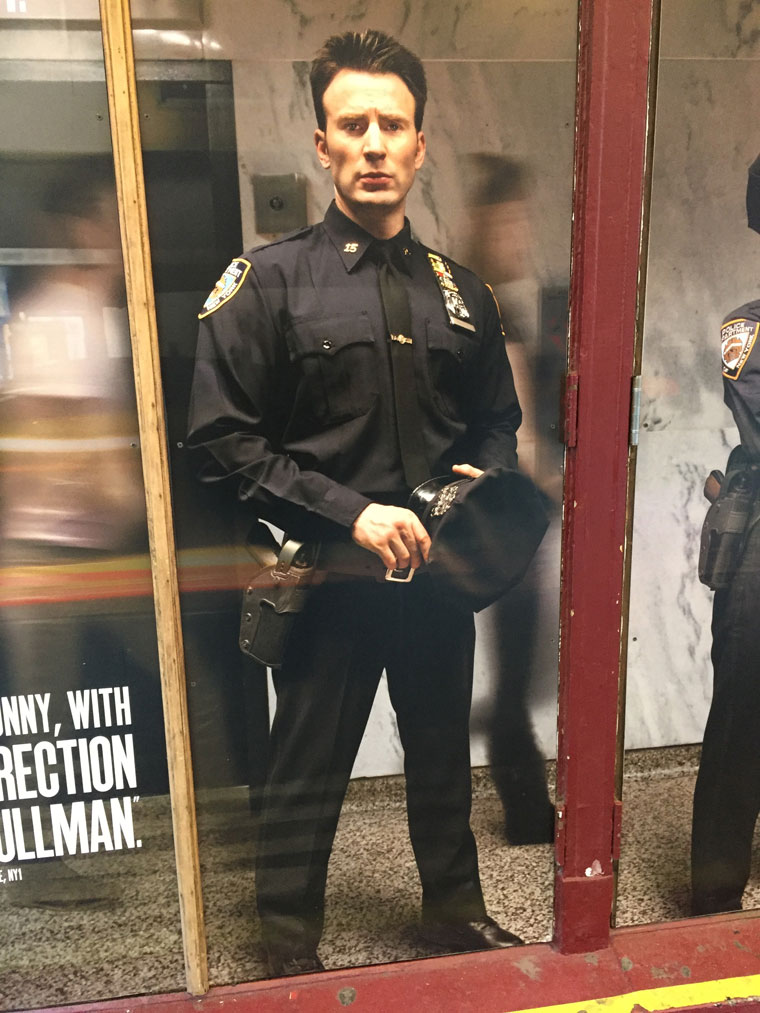 One of the surest ways to draw lots of attention to one’s self is to wear something outrageous to the Oscars. Yesterday on the Red Carpet, Adam Rippon delivered!

The openly gay U.S. Olympic bronze medal winning figure skater wore a black leather harness to the Academy Awards! Fucking hot if you ask me! I can’t tell if this means Adam is expressing an interest in leather/BDSM, or perhaps it is more of a fashion statement. I suspect it’s probably more of the latter. In keeping with the spirit of the Oscars, it’s high-fashion — “a Moschino look by from Jeremy Scott,” according to this article on the Vogue magazine website.

Whether Adam is kinky or not, I still think he is fabulous. I grew up watching the Olympics but never, ever saw anyone out and proud — until this year, thanks to him and openly gay U.S. Olympic skier Gus Kenworthy.

Now that Adam has worn leather, I would very much like to see Gus in a leather harness — hopefully one from Mr S! 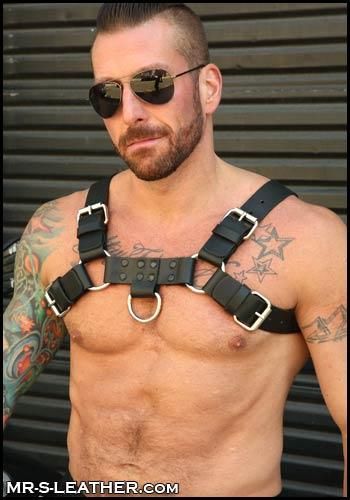 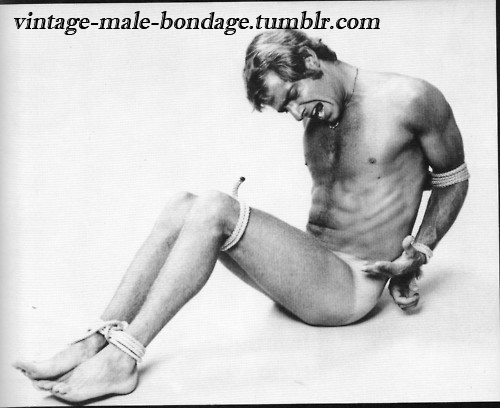 Too much free time on set today. So we made a skit that was inspired by recent events! @chuckwagon46 @ton_locs ? @henrypenzi