I am told that most of the irons are by Louie Raffloer at Black Dog Forge. The shackles are Fetters. The iron straps bolting the captive to the wall, and the heavy irons on the prisoner on the bar, are Louie’s. Thanks, Dan, for the pictures!

Check out the heavy leather and metal bondage in these promotional pictures for Dickslap — third Fridays at the Seattle Eagle: This Friday’s edition is hosted by Dan Savage and Terry Hecker. More information here and here.

After he listened to my recent podcast over at the No Safe Word site, Metalbond reader Jamie sent in some personal recollections of James Bond (of blessed memory), The New York Bondage Club, Serious Male Bondage, and other reminiscences.

First, here is a picture of some of James Bond’s handiwork: I enjoyed your interview on No Safe Word. I met Tony and Mikey through Mark and Dale at Serious Male Bondage. It is funny how interconnected the community is. Dan Savage was interviewed on No Safe Word a while back. Anyway the reason for this, I just did an entry for my private journal that I wanted to share with you, as you were the inspiration.

This morning I was tickled to see the Donlean cartoon I had e-mailed to my friend “Metal” posted on his website. This cartoon I can so relate to; as about the only way I can be truly relaxed it to be restrained. That way I don’t have guilt for not working: it is not my fault!

Anyway, on Metal’s site he had a link to his interview on the podcast, “No Safe Word.” I do enjoy this podcast. I’m acquainted with Daddy Tony and his boy, Mikey, two of the podcast hosts, through friends in San Francisco. I listened to the podcast as I typed out my journal entry for today. In Metal’s interview he mentioned “James Bond,” a good friend who passed away in 2011. I’ve never really documented how this man literally changed my life. Now I will.

James Bond was a bondage enthusiast and photographer. He provided a lot of the photography work for the magazine Bound and Gagged. I used to pick up this magazine at Rochester Custom Leathers back in the 1980s and 1990s.

It was in January 1998 in the dead of winter that I got my Gateway computer. I was living with Joe awaiting my transfer to Tuscaloosa, AL. I figured how my down time would be as good a time as any to join the computer age. Joe had been on-line for about a year. He would be my mentor.

Looking back, it almost seems like this all transpired back in the dark ages. Joe had an extra AOL disk, so I was able to get online without too much trouble. I can still hear the dial-up phone noises! Like everyone on AOL, I had multiple profiles: a regular profile and my “slut” one for the fun gay sites and chatrooms.

It was through a members profile search under my slut profile I located James Bond. (Does AOL still have profiles and chatrooms? I have not been an AOL member for many years.) I contacted James, and he invited me to stop by anytime to his New Jersey home.

James and I made arrangements to get together. I was to arrive on a Thursday night and then head out early Saturday morning. We met at a diner not far from Jim’s house, where we had dinner together and got to feel each other out. We returned to his place and I was like a kid in a candy store. In no time at all he had me in tight, comfortable, inescapable rope bondage.

That Friday afternoon I was laced onto his bondage board unable to move with a tight leather hood. I can still feel the total immobilization with the exception of my hooded head. The leather gag was inserted and buckled on, and then my eyes were covered. Rope slowly but firmly pulled my head back to the board so I could not move at all and was pretty much totally sensory deprived. This boy was flying!

In the evening Jim drove us into the city for the meeting of the New York Bondage Club. At this period of time the club met at Jay’s Hangout, which was located in the basement of the old Anvil. If I’m remembering right, this location was around 10th Ave and 14th St.

I saw this hot man entering the club wearing a Hellfire Jacket. I had to meet him. I went right up and introduced myself. His name was Bob, and things instantly clicked. He introduced me to his friend Eric, who was a manager of the leather store on Christopher St. I told Eric the story of how I was locked into a puppy cage there back in December 1993. Eric informed me that he was the one who locked me in that night!

As the night progressed, Bob took me places I never knew existed. He told me I should consider attending the Delta Run in September. He said I was a natural for the club.

As the year progressed I hemmed and hawed about attending the run. It was kind of at the last minute in early August I contacted Bob to see if I there were any openings. He got me a last minute invite. I sent in the check, and booked a flight.

Delta opened an entirely new perspective into my life. I was able to make a great new circle of friends with mutual interests.

I could write for days how intertwined my friend connections are through that initial Delta Run back in 1998.

Louis, whom I met at the 2002 run, was instrumental in getting me to sign up to go to college in 2003 through my work. He also got me into hiking with him on the Appalachian Trail. Through Louis I met his friends and connections in San Francisco. I feel a real sense of pride whenever I see myself in one of the banner ads for Serious Male Bondage. That is me on the left:

Through my friend connections I can definitely say my life has been drastically changed for the better.

It was after I retired Harold talked me into running for the Delta Board. I was elected and served two three-year terms. The club only exists to put on yearly “runs.” Not long into my tenure I was thrown into a situation whereby I was forced to act and respond in ways I never had before. Talk about a growing experience. Through my work on the board I’ve gained the confidence to not shy away responsibility when I know I can make a difference.

It was through that initial meeting of James Bond that forces went to work to reshape my life as I had known it. From Metal’s interview, it sounded like he had a similar experience. I’m sure James Bond never thought about what an influence he had upon my life. He lived his life fully, and he is sorely missed. I’m writing this out so he will never be forgotten, at least not by me.

Metal would like to thank Jamie for writing this!

Do you have personal recollections about something you might like to share? You can get in touch with me via the email address in the About tab.

PODCASTS … on the NoSafeWord site!

Here are some of the men who have been featured in podcasts at NoSafeWord: Also check out the stories and videos at NoSafeWord

I was interviewed by Dan Savage for his Savage Love sex advice column this week. The topic: male chastity devices!

And to those of you who are new visitors to the Metalbond site, coming here from Dan’s column, welcome! According to a survey published last year in Men’s Health magazine, one out of every two men likes to get tied up for sex! Fuck yeah! That means that for each pair of men pictured below, ONE of them is probably getting tied up right now! Or maybe they are reading the Metalbond blog right now! 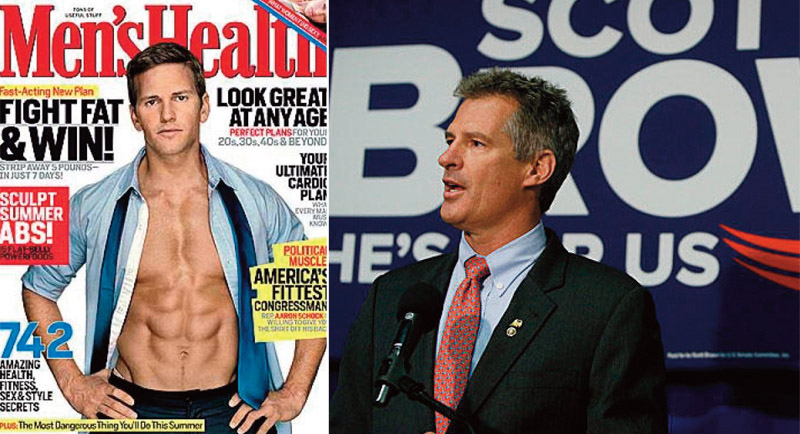 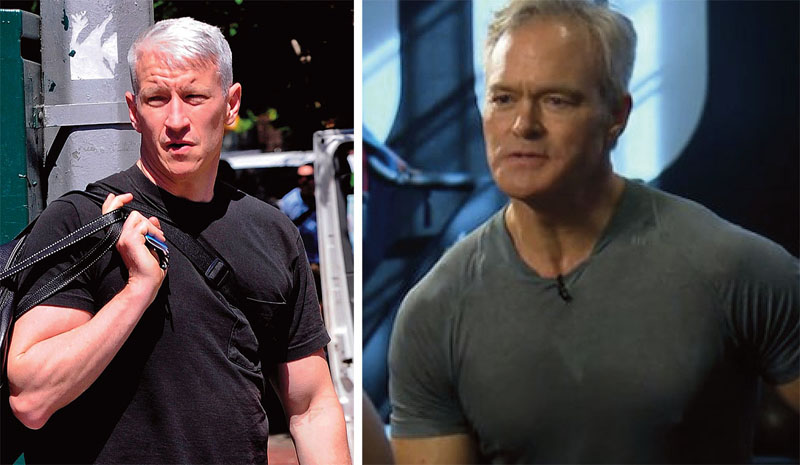 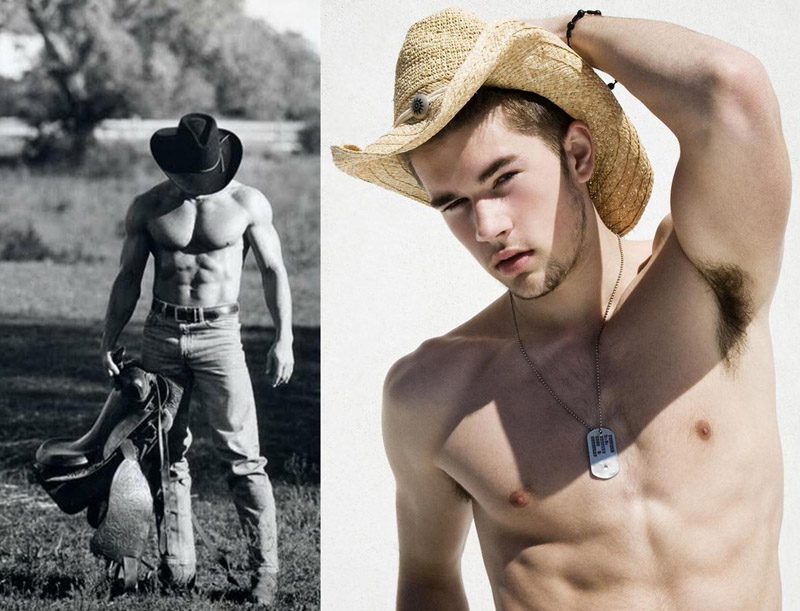 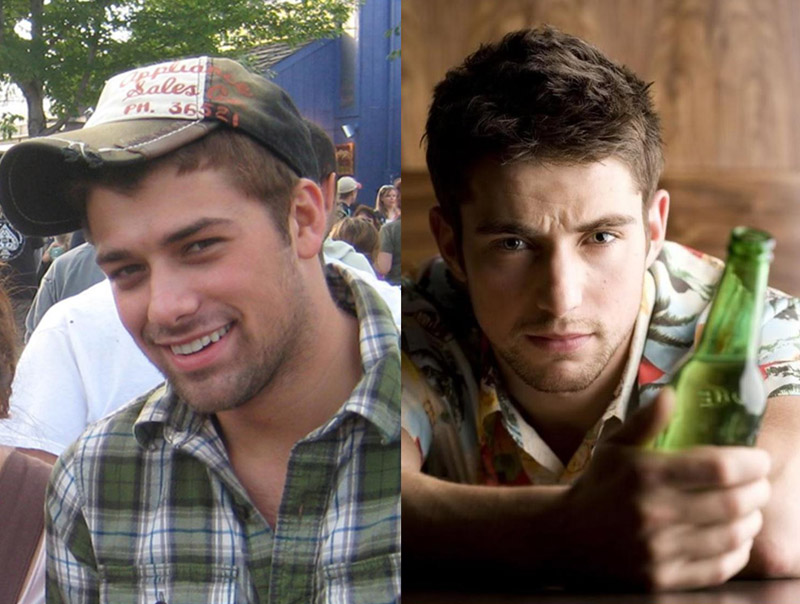 Do you like knots as much as I do? I bet you do. But I am not only interested in the literal kind of knots involving rope, but also the figurative kind. That’s right, I’m talking marriage. Tying the knot. Entering into wedlock. The old ball and chain. Conjugal bonds. You get the idea.

Today, the United States Supreme Court agreed to hear TWO marriage equality cases — the Proposition 8 case from California and the federal Defense of Marriage Act, also known as DOMA. In my view, both of these anti-gay measures should be struck down by the Supreme Court. I hope everyone reading this blog will agree. It’s time for marriage equality in this country.

To learn more about this issue, I’ll be watching to see what gay activist Dan Savage has to say about this when he appears on the MSNBC show Up With Chris Hayes this weekend.

Meanwhile, let’s all tell our friends, relatives, neighbors and co-workers that we believe everyone should be allowed to tie the knot. You can let your feelings known on this issue by wearing a white knot. Click for WhiteKnot.org for more information on how you can participate in this public awareness initiative: Thanks to Dan Savage for launching the It Gets Better anti-bullying campaign — and thanks to RH for passing this particular video along!